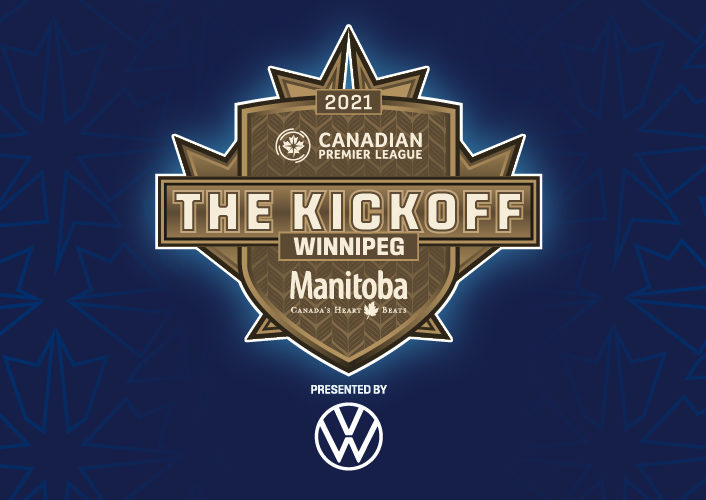 The Canadian Premier League announced on Saturday evening that the 2021 season is officially set to begin on Saturday, June 26, with all eight clubs convening in Winnipeg, Manitoba to open the campaign at a single site.

“The Kickoff,” as it’s been dubbed, will run from June 26 to July 24, with each CPL team playing eight matches in total at Winnipeg’s IG Field, the home of Valour FC. All games (32 in total) will be broadcast exclusively by the League’s official media partner, OneSoccer.

The four-week event will closely follow all necessary public health protocols in order to prioritize the safety of all local Manitobans, players, and staff. The CPL has worked with the local governments of Manitoba and Winnipeg to create a regular strategy for COVID-19 testing for all personnel, with additional measures in place to limit contact between teams outside of matches.

“The health and safety of all Manitobans is our first priority, and public health has been working alongside the Canadian Premier League and the Valour Football Club to bring this event to Winnipeg in a safe manner and within the current public health orders,” said Dr. Brent Roussin, Manitoba’s Chief Provincial Public Health Officer.

“Guidelines are in place for team testing before travel, during the first seven days and weekly thereafter, and players will be cohorted with their teams and only interact with other teams during matches. Additionally, essential personnel will be limited and proactive screening, monitoring and tracking of participants will be documented to ensure the event is successful and safe.”

Each of the CPL’s eight clubs will open their season on the weekend of June 26, with FC Edmonton and Atlético Ottawa getting things started on the Saturday at 2 pm ET (1 pm CT). They will be followed that evening by Pacific FC versus HFX Wanderers FC (5 pm ET/4 pm CT), and Sunday’s slate will feature Forge FC versus Valour FC (2 pm ET/1 pm CT) and Cavalry FC versus York United FC (5 pm ET/4 pm CT).

The entirety of the schedule for The Kickoff in Winnipeg will be revealed on Wednesday, June 9. The single-site format is set to conclude on July 24, and the CPL will re-evaluate the possibility of clubs returning to their home markets to complete the season in front of supporters at that point.

“The level of support from the Province of Manitoba and the City of Winnipeg who have been at the forefront of all our planning has been tremendous and focused on delivering the season with safety for all a top priority,” said Canadian Premier League Commissioner David Clanachan. “Everyone has come together to make this happen. We know what it takes, we have the playbook, and we know how to execute flawlessly as we did in 2020.”

Wade Miller, president and CEO of Valour FC, added: “We are thrilled to be hosting our clubs at IG Field to begin the season. We thank the CPL, Province of Manitoba and the City of Winnipeg for their support and co-operation in securing The Kickoff at IG Field and we can’t wait to get the season started.”

The CPL previously announced in mid-May that it remains committed to playing a full 28-game season in 2021, with The Kickoff forming just part of it before clubs are able to return home for the first time since 2019.

Due to the COVID-19 pandemic, the 2020 CPL season — the league’s second-ever campaign — was shortened and played entirely at “The Island Games” in Charlottetown, Prince Edward Island, with Forge FC emerging as league champions for a second consecutive year.

More news about The Kickoff and the rest of the 2021 CPL season is expected to come shortly. The League also revealed that new kits for all eight clubs, produced by Macron, will be revealed on Monday, June 7.