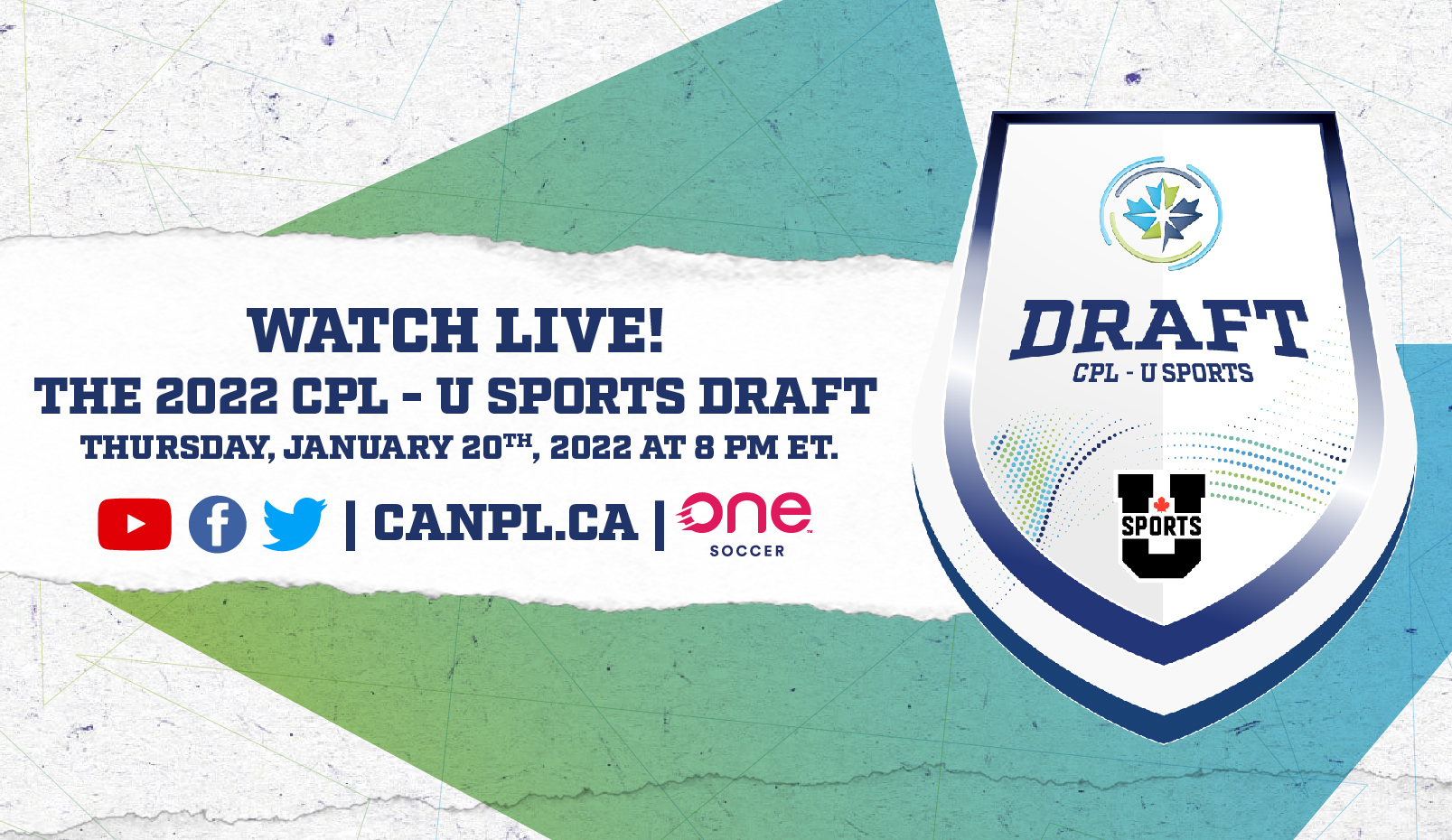 Toronto, ON (January 12, 2021) – Today the Canadian Premier League announced that the 2022 CPL-U SPORTS Draft will be held on Thursday, January 20, 2022.  The LIVE broadcast presentation will be hosted by CanPL’s Kristian Jack on @cplsoccer YouTube, Twitter,  Facebook, CanPL.ca and on OneSoccer and YouTube at 8PM ET.

Following a successful 2021 draft that provided several U SPORTS draft picks a CPL opportunity, top rated, Canadian University soccer players from coast to coast will have an opportunity to earn a spot on a CPL Club through the Draft for the Canadian Premier League’s 2022 season.

The CPL-U SPORTS Draft will consist of two rounds, with eight picks in each round. Selection Order is determined based on based on the full season, including Playoffs and Final standings and both rounds will start with 8th place (reverse order) as follows:

All 16 draftees will be invited to their club’s preseason training, with the hopes of securing a 2022 U SPORTS Developmental Contract for the upcoming season.

The 2022 CPL-U SPORTS Draft full prospect list will be published on Thursday, January 13 at 12pm ET on CanPL.ca

This truly unique partnership between the Canadian Premier League and U SPORTS allows a student-athlete with one to five years of U SPORTS eligibility remaining to sign with a CPL Club, while preserving their eligibility before returning to U SPORTS competition. Several players have also later joined their CPL club on a full-time professional player contract following graduation.

Canadian Premier League (CPL) is Canada’s Tier 1 domestic professional men’s soccer league entering its fourth season in 2022, competing in the Concacaf and FIFA sanctioned series of competitions. Playing in world-class and unique venues, and partnering with strong community-led ownership groups, the CPL is a league for Canadians, by Canadians that brings professional soccer to eight communities coast-to-coast. The CPL has announced plans to expand to 10 markets in 2023 with a team in Vancouver and a conditional franchise awarded to Saskatoon. For updates and more information, please go to CanPL.ca

U SPORTS is the national brand for university sports in Canada. Every year, over 20,000 student-athletes and 900 coaches from 56 universities vie for 21 national championships in 12 different sports. U SPORTS also provides higher performance international opportunities for Canadian student-athletes at Winter and Summer Universiades, as well as numerous World University Championships. For further information, visit USPORTS.ca or follow us on: