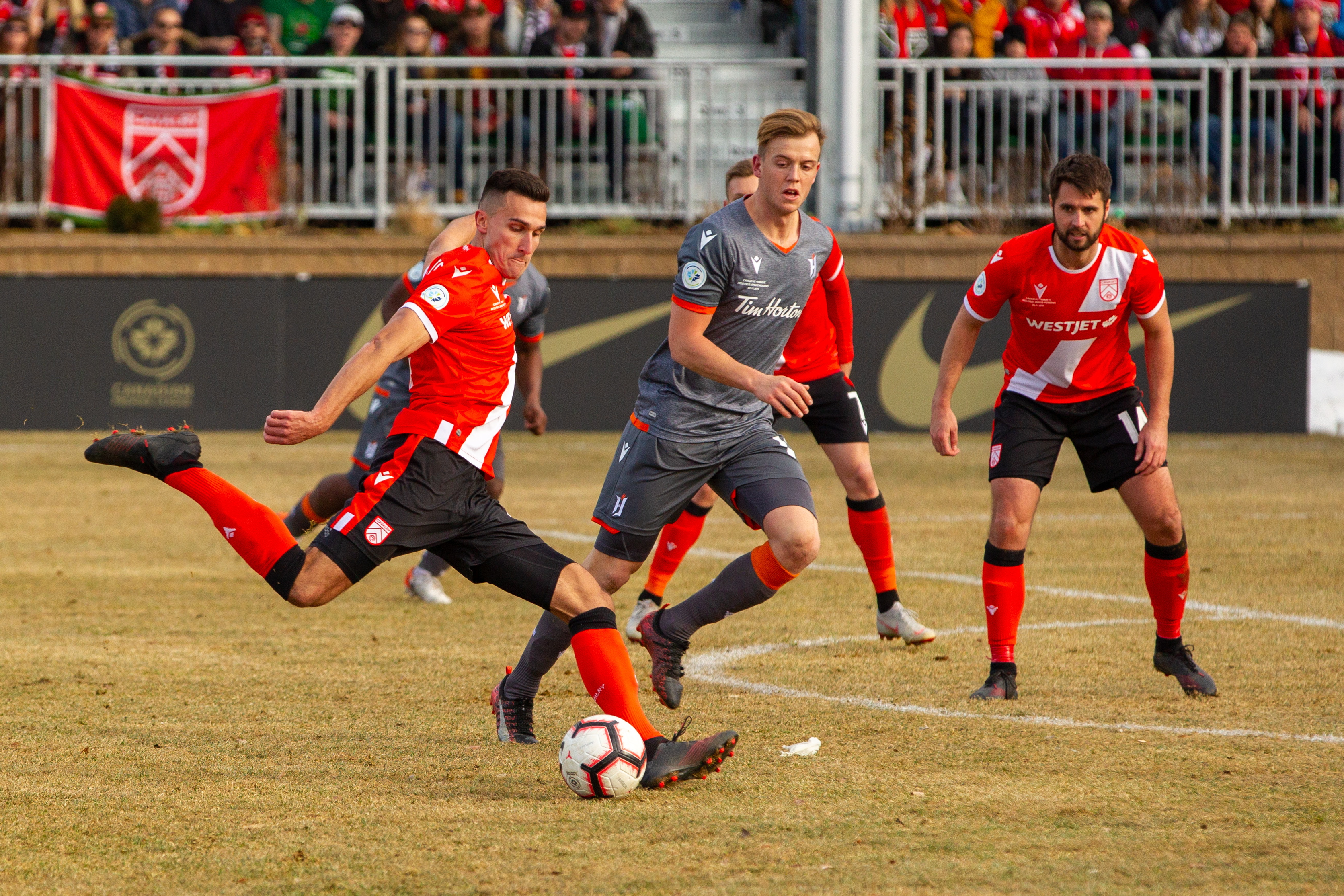 Canadian Premier League commissioner David Clanachan joined OneSoccer on Monday night for a special Virtual Town Hall show, and he hinted that the CPL could start playing games as soon as mid- to late-July.

In fielding questions from OneSoccer host Asa Rehman and soccer fans across the country, the commissioner talked about the possibility of a return-to-play scenario, and pointed to the fact that seven of the CPL’s eight clubs have already begun in-person training in small groups (with FC Edmonton likely to join them soon) as a positive sign.

Clanachan said that the league and club owners spent much of last week devising a framework for the CPL’s possible 2020 season. The commissioner added that, having come up with some possibilities, a group of 12 to 16 CPL players was consulted, who approved of the basic framework.

Pressed for a timeline, Clanachan said that it’s possible the 2020 CPL season could begin as soon as mid-July at a single site, with games stretching into August and September. That said, he also did not rule out matches being played in home stadiums this season if things go right.

“It’s a slim chance right now,” he said, “but can we not just hold onto that slim chance for now?”

Canadian soccer fans have, of course, been waiting with bated breath for an announcement of what exactly a 2020 CPL season might look like, and it sounds like they may not need to wait much longer.

“You saw the flurry of activity (last Friday) after we made our announcement,” Clanachan said. “In fact, I made the comment to the media that it’s fine and well that we want to (return to play), but the provinces hold all the cards. You really do need to be invited.

“And bang, an hour and a half later, the mayor of Charlottetown sends out an open invitation for the CPL to come to his town.”

He later added: “We’ve really picked up the pace in discussions now, now that we know we have our players and our owners and our clubs on side. We’re hoping to make a decision soon, but we’ve got to get all our ducks in a row.”

The commissioner also took the opportunity to reiterate the CPL’s stance against racial discrimination, in light of the current protests taking place across the U.S. and Canada.

“There’s no toleration for racist, disrespectful behaviour of any kind,” he said. “Taking action to work towards change is key for us.”

In that vein, Clanachan addressed the allegations of racism made last season against Forge FC assistant coach Peter Reynders, who served a 45-day suspension from Canada Soccer. He said that Reynders’ appeal had been upheld by the governing body, but that the case has been referred to a third-party investigator in October.

“I can’t give you an update more than that,” Clanachan said. “The league has been silent on it because we do not want to be seen as interfering in it … it was out of our control from day one.”

The commissioner also stated that the league’s plans for expansion have not been significantly impacted by the fallout from the COVID-19 pandemic. Asked which cities may be leading the pack right now, he dropped a few names.

Clanachan said that the CPL remains committed to having a team in the province of Quebec. Beyond that, he suggested the possibility of another team in Toronto, as well as the Lower Mainland of B.C., and the Atlantic provinces (with Charlottetown, Moncton, and Newfoundland all mentioned).

The full Town Hall show, in which the commissioner discussed other topics including how the CPL might engage fans in the case of a single-site competition, as well as the significance of transfers such as Tristan Borges, Joel Waterman, and Emilio Estevez, is available on OneSoccer’s YouTube channel.