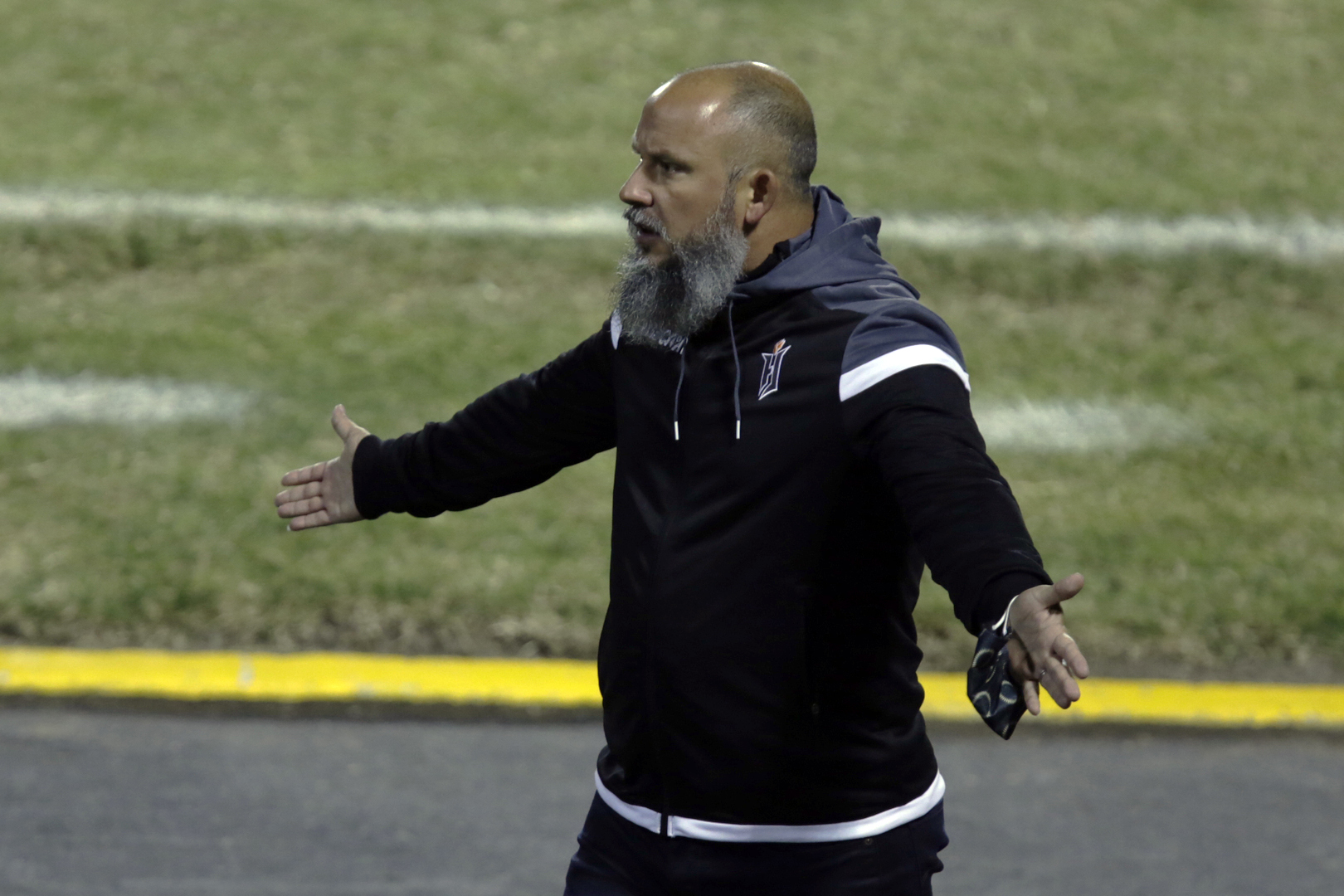 Forge FC have had a few brushes with chaos on home soil. Remember last season’s Canadian Championship tie with Cavalry FC? Or the frantic two-goal comeback at Tim Hortons Field against Valour FC?

None of it has ever matched up to a night in the Concacaf League, though. Tuesday night’s 1-0 loss to CD Marathón was a pure distillation of what Canadian and American teams have historically faced when playing on the road in Central America. There are major differences between the game of football in that part of the world and back home, and not just in the level of technical ability or athleticism; by now, that much is very clear to Forge.

There are always things to be learned from defeat; that may never have been more true for a CPL team than it is for Forge right now.

They saw it all on Tuesday: the professional fouling, the time-wasting, the… uh… discouraging refereeing. The game had just three minutes of stoppage time added in the second half — despite five yellow cards, one sending-off, and a couple of leisurely-paced corner kicks — and realistically, the ball was in play for a minute and a half of it, with the game blown dead right at the 93-minute mark.

With Marathón in the lead for so long, Forge couldn’t help but get emotional at times. Even the most experienced of the bunch succumbed briefly to frustration; Kyle Bekker’s slide through an opponent was always going to earn a red card, and the ever-stoic Bobby Smyrniotis joined his captain early in the locker room (although it’s unclear why exactly he was sent off). Even David Edgar voiced his displeasure to the referee throughout the night, daring him to pull out the red card after a Marathón player dropped like a stone in confrontation.

All three of them know how things are in these competitions, of course. Just like you can’t give up easy set-pieces or scoring chances, it’s perilous to play on the edge and risk a soft booking.

David Edgar's brutally honest and "pretty emotional" after his final match as a professional. #CanPL #SCL20

"I'm retired now – guess I can say what I want…" pic.twitter.com/pM8WMSKZJB

Of course it had to happen in Honduras, too. That small Central American country now has a very rich history of thwarting Canadian soccer’s hopes and dreams.

This wasn’t the kind of loss where you burn the tapes and move on as quickly as possible. It’s one to remember, to reflect on, and to avoid repeating.

The prevailing mood on Wednesday — perhaps the only attitude Forge can leave with — is that the loss in Tegucigalpa (and, really, the whole Concacaf League campaign) can and must be a learning experience. Assistant coach Peter Reynders said as much on Tuesday, asserting that Forge will be back, and they’ll be better for it.

Their return is already assured, by the way. Forge have already qualified for the 2021 Concacaf League by virtue of winning the 2020 CPL championship, so they’re guaranteed another shot at the continental conquest that slipped from their grasp this year.

Everything single thing that’s happened to Forge over the past two months or so — the highs and lows of four dramatic Concacaf games, the unforgiving travel, and above all the lingering taste of defeat — will make this a better, more tightly-knit, more battle-hardened side. We saw evidence this year that the 2019 Concacaf League run (also four games, but just two of them on the road) gave them a better shot in 2020; they coped better with the humidity and pitch conditions, for one thing. There’s clearly a ways to go, though.

Of course, an education in knockout match tactics (not to mention the dark arts of continental play) might serve to make Forge all the more dominant in CPL play, which is a scary prospect for the seven clubs that haven’t yet matched them. They will have played more football, some of it at a significantly higher level, than any of their league foes.

Upon their return to the Concacaf League, it’ll be even more important that they remember what they learned this week in Honduras (as well as in El Salvador, Panama, and the Dominican Republic). The circumstances may be even tougher next year, with long-distance midweek trips in the midst of a full league season, and possibly even road games in front of notoriously hostile Central American fans (hopefully, at least).

Forge won’t have David Edgar next year — replacing him in defence might be the most immediate task at hand for Smyrniotis and co. — and who knows what other changes might be coming to the team in the next few months. Still, there should be enough collective memory in the squad to avoid the traps they fell into on Tuesday.

If they can do that, there’s no limit to how far Forge could go next year. The talent is there; they need to work on some of the details.

Hopefully, Tuesday night’s lesson will stick with them.