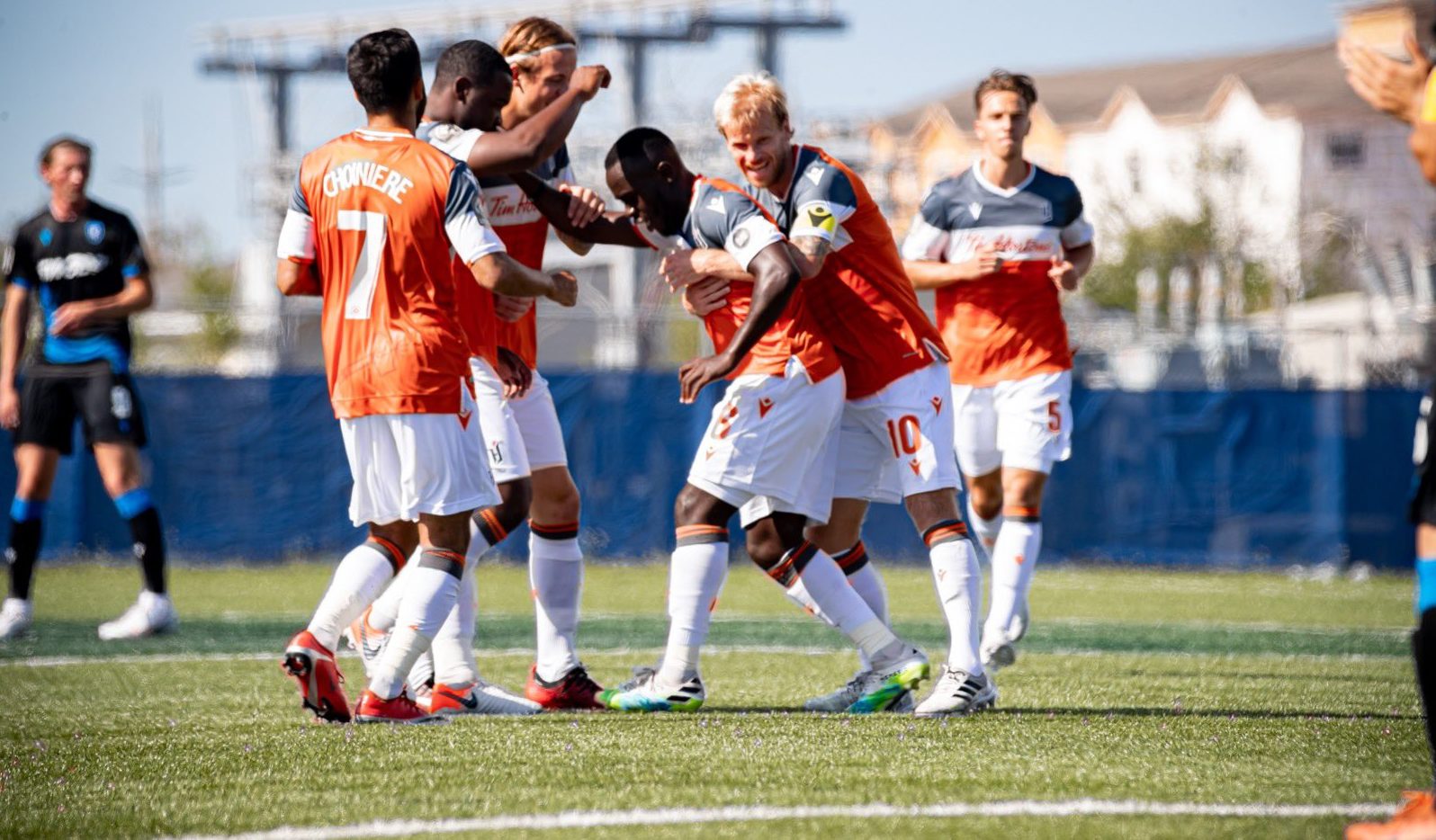 As 2021 goes by each day, all eight Canadian Premier League clubs still have a bit more work to do.

Back in January, CPL Commissioner David Clanachan revealed that league officials are targeting a Victoria Day long weekend start date for the 2021 regular season, though that remains tentative.

That hasn’t stopped coaches from assembling their rosters, leaving only a handful of spots remaining ahead of a kickoff date.

Here’s a review of each club’s off-season thus far – including one big question left to be answered with their squads.

Tommy Wheeldon Jr. parted ways with a number of Cavalry players this off-season, including a handful from his pre-CPL Foothills program. Maintaining that familiarity made them competitive in 2019 and 2020. This season will be different, though, with Wheeldon Jr. opting to bring in a handful of new names, including highly-rated internationals such as Tom Field and Daan Klomp.

This sophomore campaign promises to be a proper breakout for the CPL Best Under-21 Player award winner who will get a full season to show his ability – especially going forward.

Cavalry departed with five of their nine 2020 goal-scorers – and all three forwards (Marcus Haber, Jair Cordova, and Jordan Brown) who found the net in PEI. With those departures and Oliver Minatel’s injury still a factor, Wheeldon Jr. will likely need more than promising Argentine forward Matías Roskopf up top. Domestic options are likely.

Valour is looking to keep year-over-year consistency with this 2021 squad, retaining 11 players thus far including standouts Andrew Jean-Baptiste, Brett Levis, and Moses Dyer. A stark contrast to Winnipeg’s exodus in 2019.

Costa Rican midfielder Néstor Monge brings six international caps (most recently against the United States in 2019) to Winnipeg as a potential star midfielder. Good in possession, Monge will likely be a crucial part of Valour’s transition play up the middle – something they desperately missed at the Island Games.

Big question: Who is the premier centre-back?

Coach Gale teased supporters last month on the CanPL.ca Newsroom about a “key defender” the club was looking to bring in. Considering the depth at fullback (Stefan Cebara, Arnold Bouka Moutou, and Levis), perhaps Gale was referring to another centre-back set to join Amir Soto and Jean-Baptiste?

New coach Alan Koch has wasted no time putting his stamp on an FC Edmonton club he’s projecting to win right away. He’s also set to depart with a handful of local and Eddies staples from CPL and NASL days – fulfilling a promise to be more cut-throat with the wooden spoon-winning roster.

Return of the king! Former FC Edmonton midfielder comes back from a successful MLS stint with CF Montreal to be Koch’s marquee signing and a sleeper pick for CPL Player of the Year.

Big question: Can Koch turn these pieces into a winner?

Summary: Gang’s back together

As my colleague Charlie O’Connor-Clarke reported, Forge FC’s large swath of 15 re-signees all have one thing in common: Concacaf League redemption. The back-to-back CPL Champions in Hamilton have every reason to stick together and have another go at domestic and international success.

A year older and wiser, Tristan Borges returns to Forge ready to restart his young career. The 22-year-old scored 13 goals and captured Player of the Year in 2019 with Forge and returns to a team that hasn’t changed much.

Big question: How will Smyrniotis flesh out Forge’s attack?

Summary: If it ain’t broke, tweak it

Pa-Modou Kah has committed to his small-but-mighty group that made the second round of the Island Games. A total of 16 players have been retained, with a couple pieces propping up the likes of Kadin Chung, Marco Bustos, and Matthew Baldisimo. Marcel de Jong’s late off-season retirement should free up some space for Kah to add further complementary pieces – especially at the back.

While re-signing Marco Bustos will come with more fanfare, bringing in former York and Canadian men’s national team midfielder Manny Aparicio reshapes their midfield in an unexpected way. Kah said the 25-year-old was his number one target following the Island Games – and he got him rather effortlessly.

Big question: Can they take the next step?

Pacific FC was great in 2020, developed a good base to build on, and enter Kah’s second season in charge as one of Forge FC’s greatest challengers. But have they done enough to win a North Star Shield? Can this team be consistent across a full season?

As expected, Mista’s squad is going to look a lot different this season.

A criminally underrated Island Games from John. The 26-year-old stands as a model CPL signing following solid experience with Orlando City’s B team and Vaughan Azzurri in League1 Ontario. Ottawa’s backline has its leader and rock at the back.

Big question: Who scores the goals?

Expect at least two big-name domestic attackers to join Ottawa’s attacking core in the coming weeks. They need it, too, with Malcolm Shaw the club’s lone out-and-out attacker confirmed for the 2021 season.

Not only did HFX Wanderers FC retain much of their CPL Final core, but they also signed them up long-term. Only Jems Geffrard is on a contract set to expire in 2020 with the other 17 players signed to 2022 through either guaranteed deals or club options. Another handful hold options for 2023, too.

CPL’s reigning Golden Boot winner returns after scoring six goals in 10 matches on Prince Edward Island and emerging as one of the league’s most difficult-to-handle strikers. What’s more, the 24-year-old signed a two-year deal with an option for 2023.

HFX’s high-pressure, catch-them-on-the-counter style of play was effective in an 11-game Island Games – but what about a full season? Will Stephen Hart have another style of play up his sleeve to deal with the added fatigue brought by a longer season?

York looks different on and off the pitch. A sharp green-and-blue crest and accompanying kit ushers in a new order under President and CEO Angus McNab, who saw 14 players depart this off-season – including a half-dozen “originals” from the inaugural 2019 campaign.

It’s hard to look past Zator – one of the CPL’s best defenders for two seasons running – as a potential season-changer for York. The 26-year-old former Cavalry FC defender joined in February and was immediately loaned to Swedish side Vasalunds IF.

Big question: How effective will the international contingent be?

York has signed six new internationals for 2021 (if you include Nicholas Hamilton, who was unable to join the club for the Island Games). The likes of Willam Wallace (Flumensie youth product), Mateo Hernández and Lisandro Cabrera (Argentina first division experience) are some of the highest pedigree internationals the CPL has ever attracted. It’s a big commitment made by McNab and co. but, if these players live up to their billing, York could be a cut above in 2021.