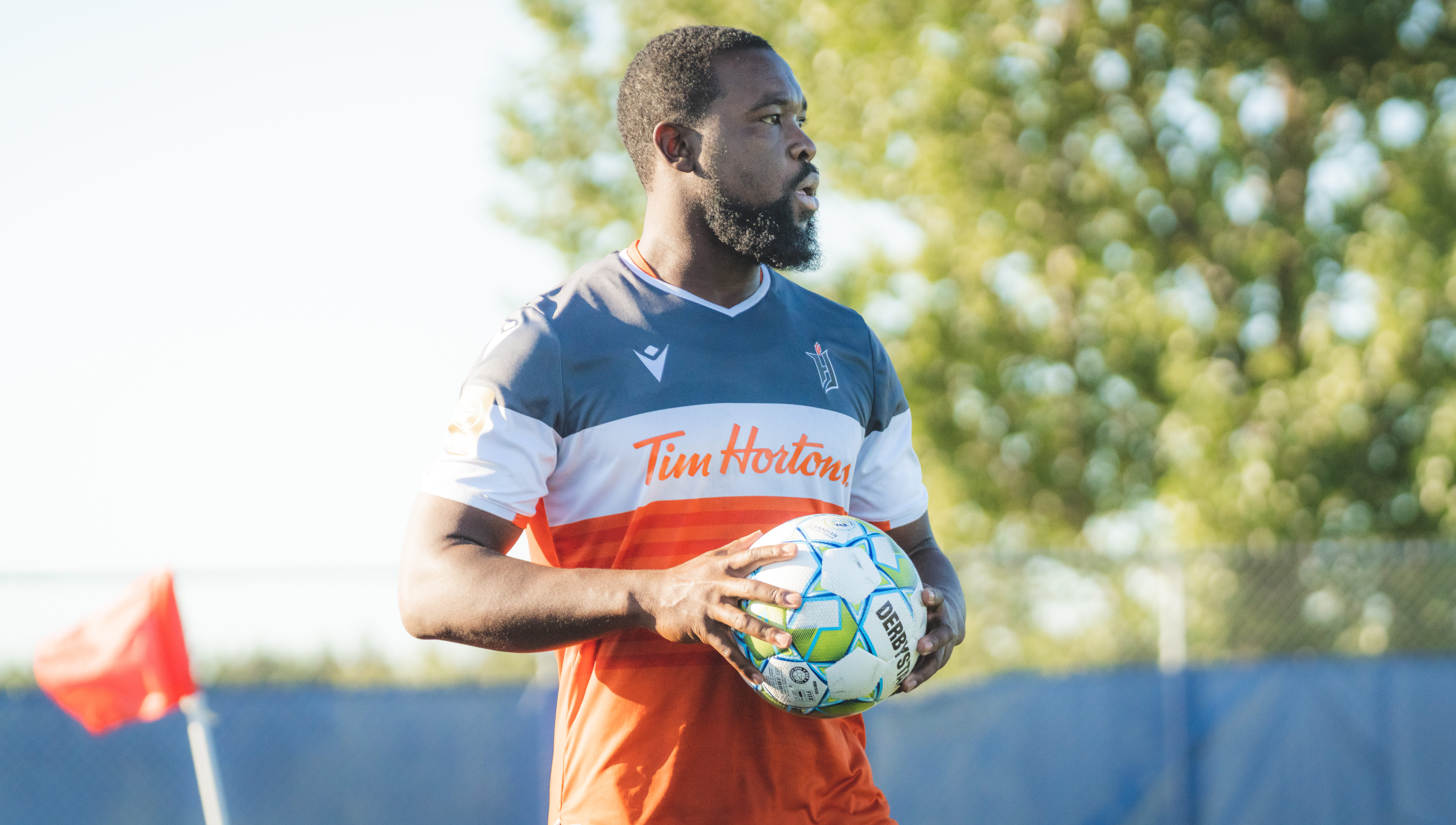 For Dominic Samuel, Saturdays spent playing for Sigma FC were much more than putting in a 90-minute performance on the pitch.

The 26-year-old Toronto native has made the jump from League1 Ontario to the professional game seamlessly, emerging as a starter on former Sigma coach Bobby Smyrniotis’ back-to-back Canadian Premier League champions Forge FC side after cracking its inaugural roster in 2019. Samuel, who can play any position across the backline, was also an integral part of Forge’s Concacaf League run last fall.

But those years spent in League1 Ontario before achieving professional success were tiring, to say the least. Samuel worked full-time in a lumberyard in Mississauga, Ont., while juggling training and Sigma matches, before joining Forge in 2019.

“Looking back, I’m not quite sure how I managed it,” Samuel told CanPL.ca with a chuckle. “Just being young and motivated. Soccer has always been that getaway anyways so it somehow didn’t feel like draining.”

During the week, Samuel would work 10-hour days, most of which culminated in a training session (also in Mississauga) as late as 10:00 pm. He would then head back across the GTA to grab a few hours of sleep, only for the cycle to repeat.

“It was excruciating,” Samuel recounted. “There’s no point of me going back (home) to Scarborough, right? Younger teams would be training before so I would just wait in the car and grab a bite to eat or something – Bobby would see me and say something like ‘What are you doing?’”

Samuel said his future Forge coach was bewildered that he would play in Sigma FC games on Saturdays, which were followed by five-hour shifts in the yard.

“The last half hour of those games were ridiculous. I couldn’t feel my legs at points and Bobby could tell,” Samuel said. “Luckily Sigma was a good team so we’d often get out to a big lead in the first 30 minutes of the game, which was perfect for me – get that sub off at the 60th minute.”

Before the Canadian Premier League arrived, Samuel sat in limbo – as did many of the 100-odd domestic CPLers before professional soccer came to Canada. Samuel picked up the lumberyard job after his mother lost her job.

“I wasn’t sure what was going on with soccer at that time,” Samuel said of the late 2010s, when whispers of an incoming professional Canadian soccer league were abundant. “We needed some form of income if it wasn’t unemployment. I had to do something and that job was just a good way to stay fit. It’s not like I’m sitting at a desk and doing absolutely nothing, which would drive me insane.”

Samuel managed to put together an incredibly successful L1O career despite the staggering amount of work outside of it. Named League1 Ontario Defender of the Year in both 2015 and 2018, Samuel’s legacy in L1O recently earned him a spot on League1 Ontario’s All-Time Best XI.

Samuel, who had a brief stint in 2016 with USL side Rochester Rhinos, said that off-the-pitch work ethic translated to success with Sigma and beyond as one of many former L1O players to make the jump to Canadian Premier League football in the past three seasons.

“I just got the desire to work a lot harder than I would have in the past. My work habits are so much better than they were in college or even before,” Samuel said.

“You get to experience what it’s like to put in the work, if that makes sense – suddenly two training sessions a day don’t seem so bad.”