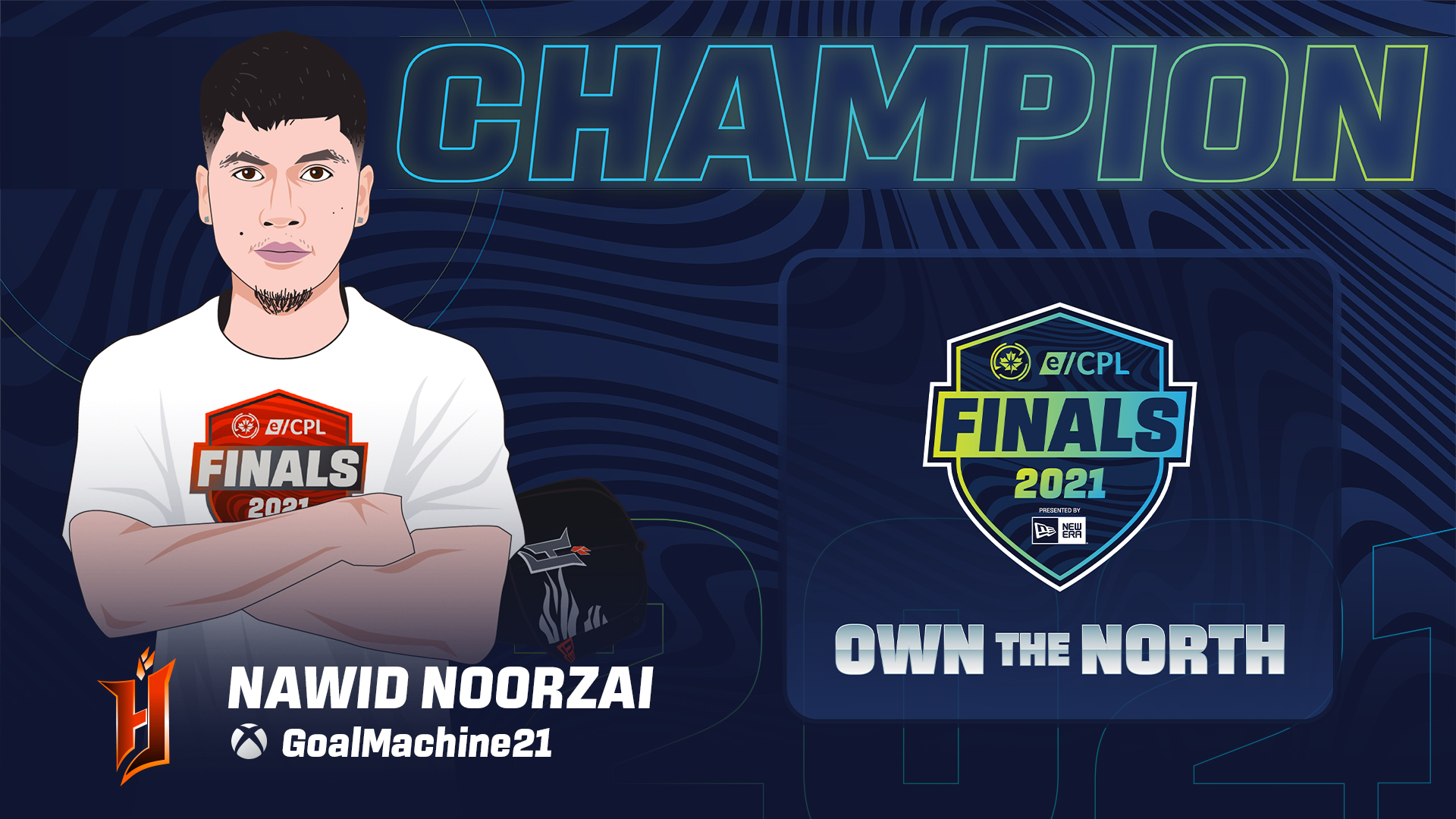 GoalMachine entered the event as its top-ranked player – 15th overall among Xbox players in North America. Hernandez was ranked 69th going into Wednesday’s final. All eight competitors in Wednesday’s final qualified through the eCPL Trials, taking on hundreds of other gamers in online matchups last month.

Hernandez, who has made 20 appearances in the CPL between the Cavs and Pacific FC, kicked off his tournament with a pair of lopsided victories over Pacific FC’s representative Colin Keay and William Robitaille of HFX Wanderers FC, the latter of which brought out some particularly lively celebrations from his home in Calgary.

Wednesday’s final kicked off with an early goal from GoalMachine in leg one. Hernandez, who has made 20 appearances in the CPL, was left chasing. The Forge representative scored a strange second marker to close the first match up 2-0.

In the second leg, Hernandez surged back to score a couple of goals in the first half and threaten to upset Noozai. Some desperate second-half play unfortunately let Hernandez down and, ultimately, handed the title to GoalMachine 4-3 on aggregate.

With Wednesday’s win, GoalMachine has won $2,000 CAD and the right to represent Canada at the North America Playoffs on the road to the FIFA eWorld Cup. A PlayStation4 Final will be played next week on Wednesday, April 21 (6 p.m. ET/4 p.m. P.T.) and will feature another eight competitors vying to compete for a spot in the FIFA eWorld Cup.