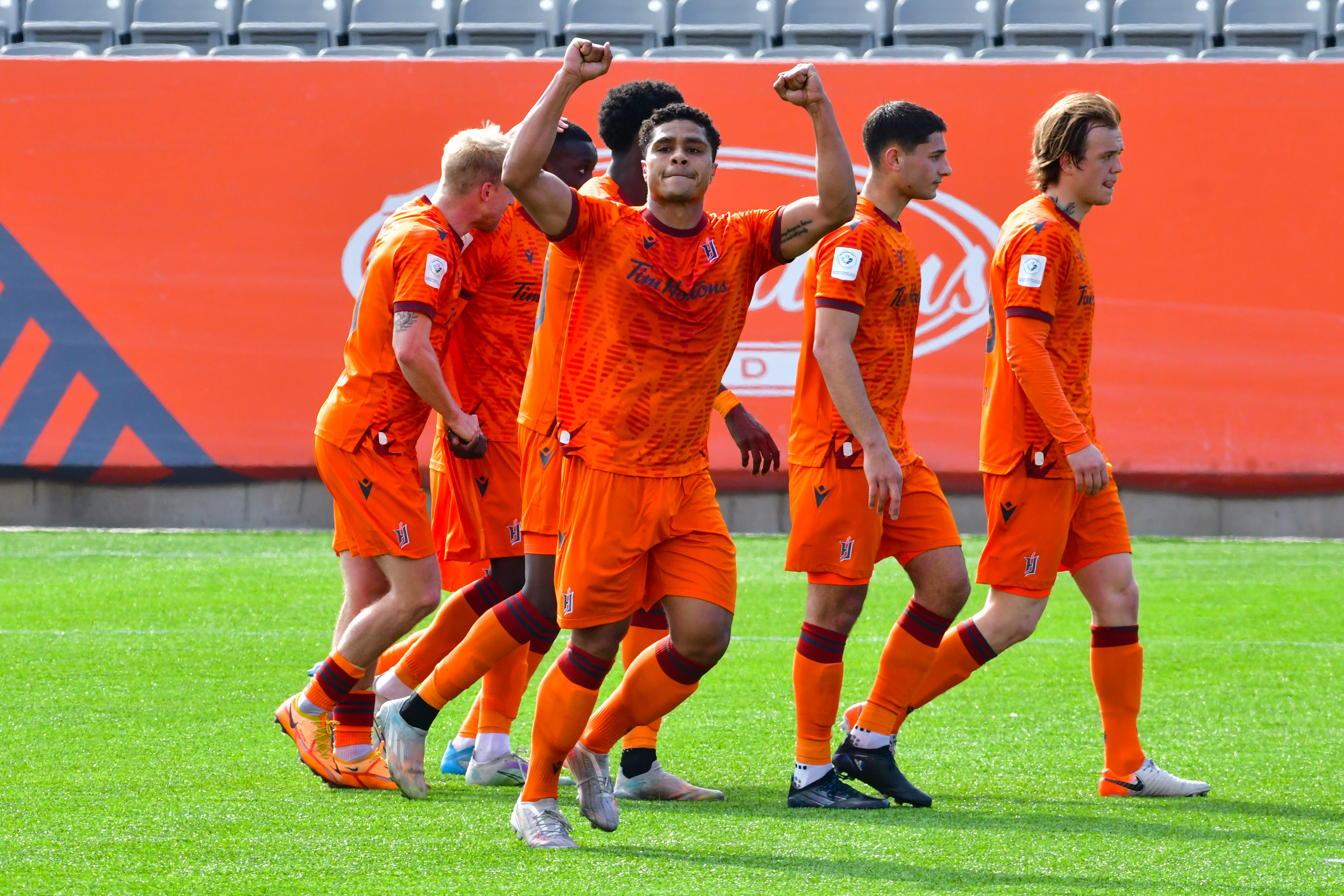 Forge secured the 2-0 win Wednesday (May 11) night in Hamilton to advance to the Canadian Championship quarter-final, where they will meet CF Montreal. But victory didn’t come easy. As expected, the Première ligue de soccer du Québec club from the Montreal boroughs of Mount Royal and Outremont made life difficult for Forge.

“The tricky thing about these matches is that you’re expected to win, and if you lose, everyone will say the world is coming to an end,” said Smyrniotis after the match. “So you have to work with the psychology of your players to make sure they’re prepared for that because the team we played today was a champion of their league. They know how to win matches.”

Outremont hasn’t started its domestic campaign so they entered an already tough match with a lack of recent experience under their belts. They didn’t want to concede too early, but Terran Campbell’s header found the back of the net to give Forge a lead in the 34th minute.

Forge struggled to find many quality chances against a club that predictably brought a physical edge to their play. An edge that Forge was able to match.

There were a total of 35 fouls and six yellow cards handed out at Tim Hortons Field on Wednesday.

Forge was able to break through once more, thanks to the birthday boy, Woobens Pacius. The 79th-minute sub scored on a header in the 92nd, securing the victory for the home side.

“It’s a nice birthday gift,” said Pacius after the match. “The coaching staff did a great job during the week, showing us video of areas we could attack. We did a good job.”

Next up for Forge is a Canadian Premier League home match on Saturday against Atlético Ottawa at 4 p.m. Tickets are available.