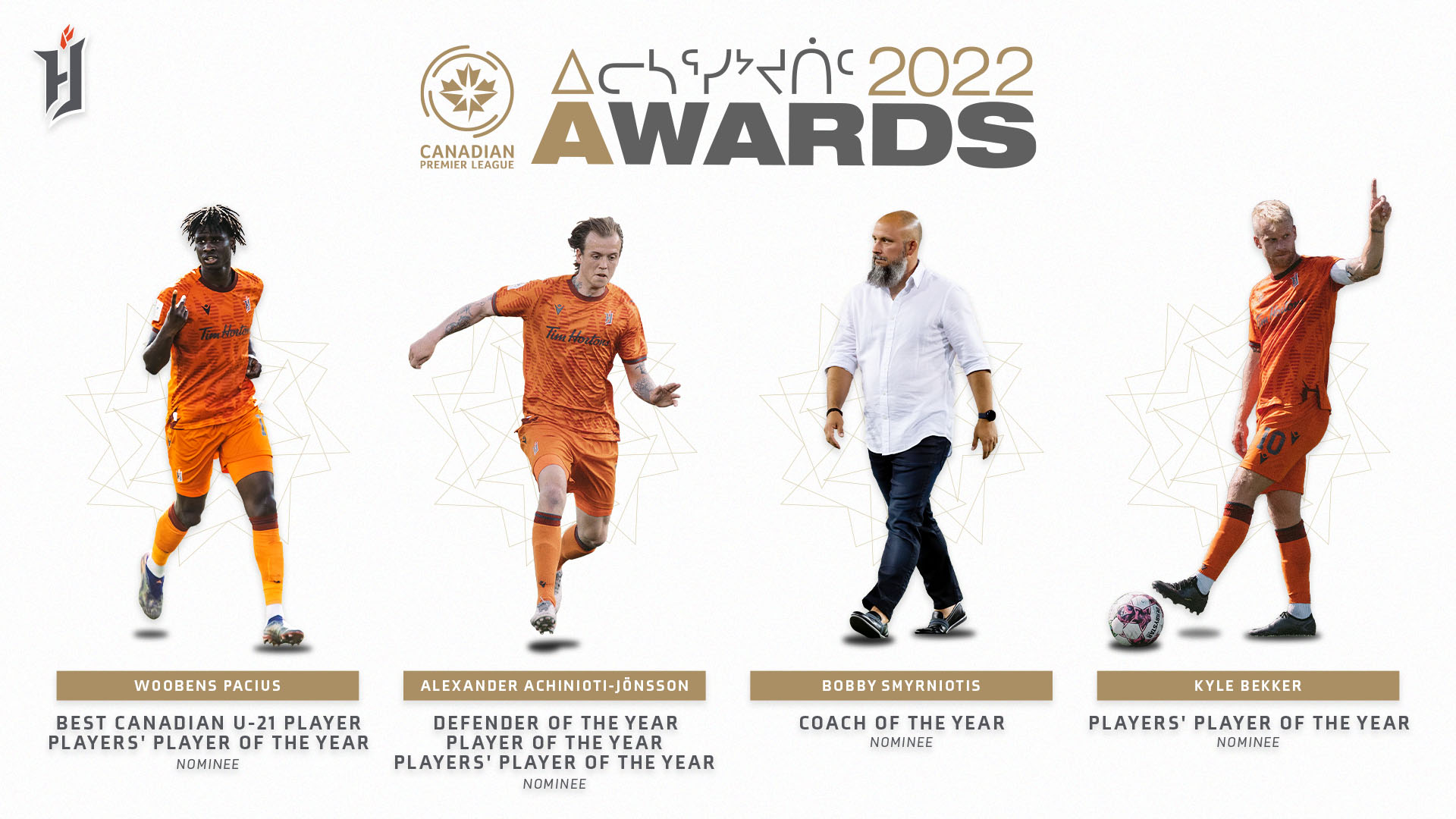 The Canadian Premier League (CPL) announced the 2022 End of Year Awards nominees, including seven Forge FC nominations; the most nominations of any club in the CPL.

Bobby Smyrniotis – COACH OF THE YEAR 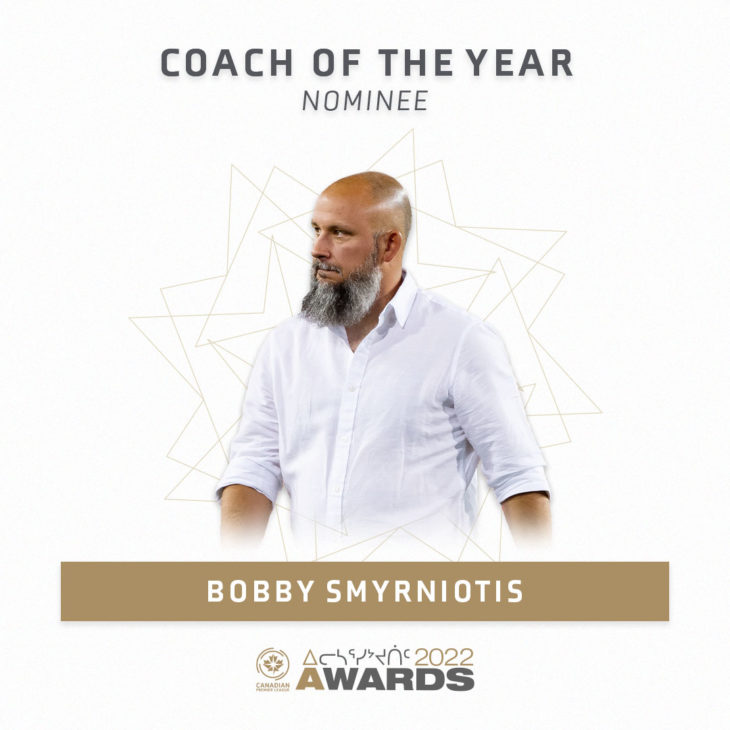 Smyrniotis, 43, earns his fourth Coach of the Year nomination in as many seasons. Forge maintained its reputation as a force in the CPL in 2022 with a revitalized roster, finishing second in the regular-season standings. The team’s 14 wins under Smyrniotis were tied for most by any team this season. Forge led the league with 47 goals and conceded just 25 times, surpassing the next highest goal differential in this CPL season by 15 in another exciting domestic league season.

Under the leadership of Bobby Smyrniotis, Forge FC became the first CPL club to compete in Concacaf Champions League taking on Liga MX giants Cruz Azul, and battled in the 2020 Canadian Championship Final, taking MLS side, Toronto FC to penalty kicks in an electrifying match at Tim Hortons Field, continuing to prove that the team is the full package under Smyrniotis. 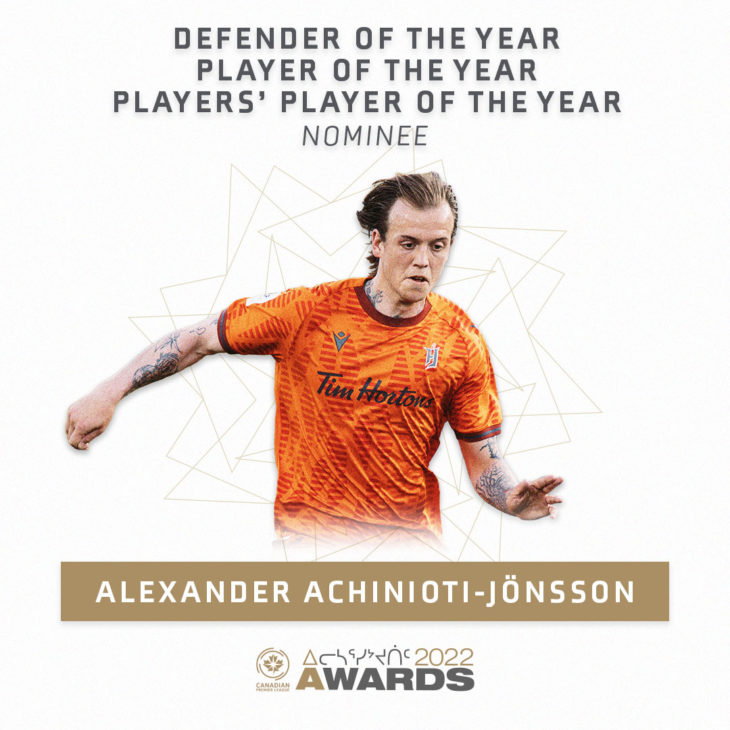 Achinioti-Jönsson, 26, was key to Forge conceding the fewest goals (25) of any CPL club during the regular season while chipping in offensively with one goal on the season. His nine blocks, 29 interceptions, 49 clearances and 31 aerial duels won were the most by any Forge player during the regular season. The Swedish outfielder played in 27 of 28 regular season matches for Forge without being subbed off, totalling 2,430 minutes played. Achinioti-Jönsson led the league with 1,996 passes, was included in the CPL’s Gatorade Team of the Week five times in 2022. 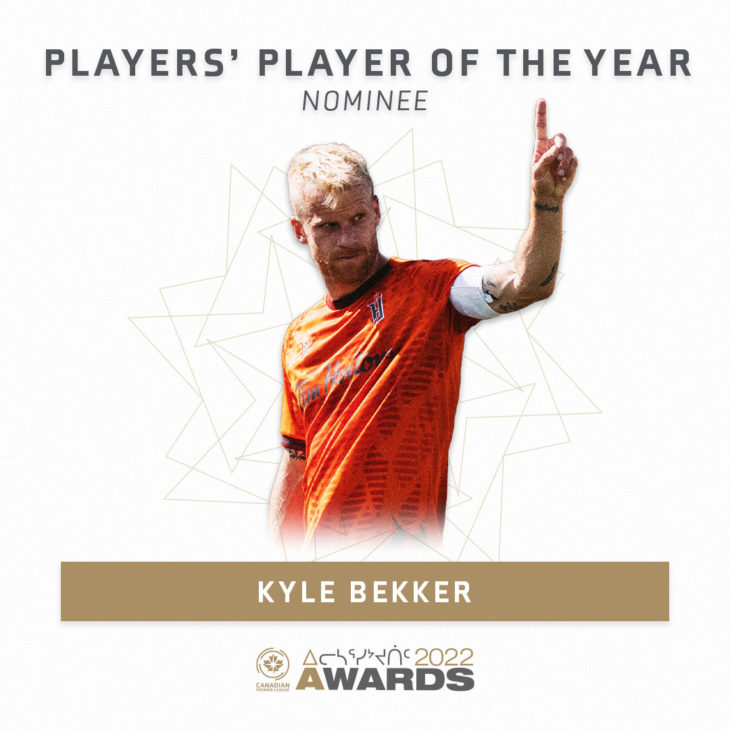 Bekker, 32, had his talents on full display for Forge FC tallying two goals and five assists, and commanding the midfield with his 1,366 passes, 17 interceptions, and 17 tackles during the regular season. The native of Oakville, Ontario became the first player in the CPL to reach 100 games for his club after four dedicated seasons (2019-2022) as captain for Forge FC. Bekker was included in the CPL’s Team of the Week on five occasions in 2022. 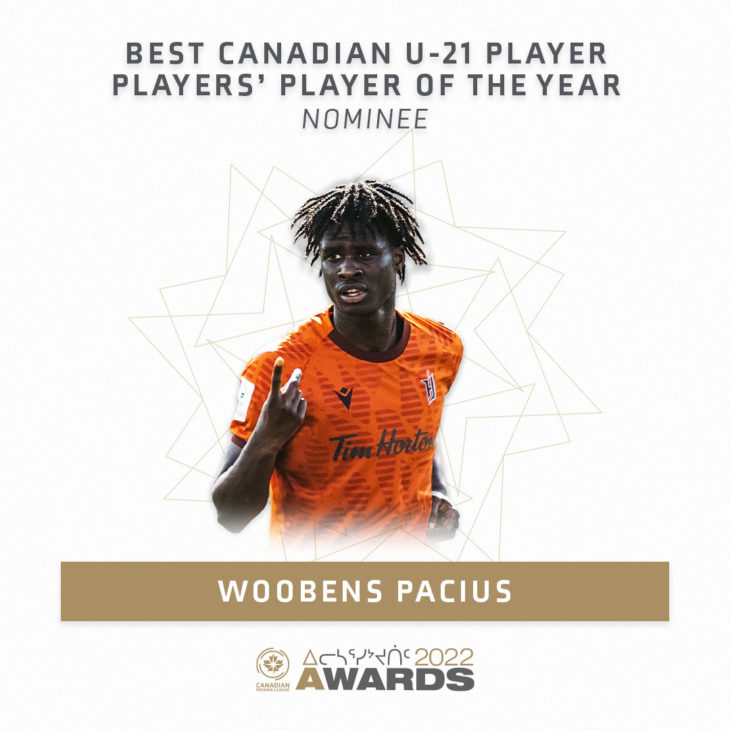 Pacius, 21, turned heads in his first full season with Forge FC. The native of Terrebonne, Quebec scored a team-leading 10 goals for Forge, finishing fourth among CPL goal scorers. His 39 shots were also a team high. Pacius was named CPL Player of the Month for July, a month in which he scored six of his 10 goals and helped Forge to go unbeaten in five matches. Pacius was included in the CPL’s Team of the Week on three occasions in 2022, winning Player of the Week for Week 15.

Voting for all the CPL’s annual awards will this year be based on performances during the regular season, not including Canadian Championship, Concacaf or playoff action.

The winner of the Players’ Player of the Year award will be announced alongside the league’s other end-of-year award winners at an in-person CPL awards ceremony on Friday, Oct. 28 at 7 p.m. ET in Ottawa, Ont. The ceremony will take place ahead of the league final between host Atlético Ottawa and visitors Forge FC on Sunday, Oct. 30 at 6 p.m. ET at TD Place. The awards ceremony will be broadcast in full by OneSoccer.