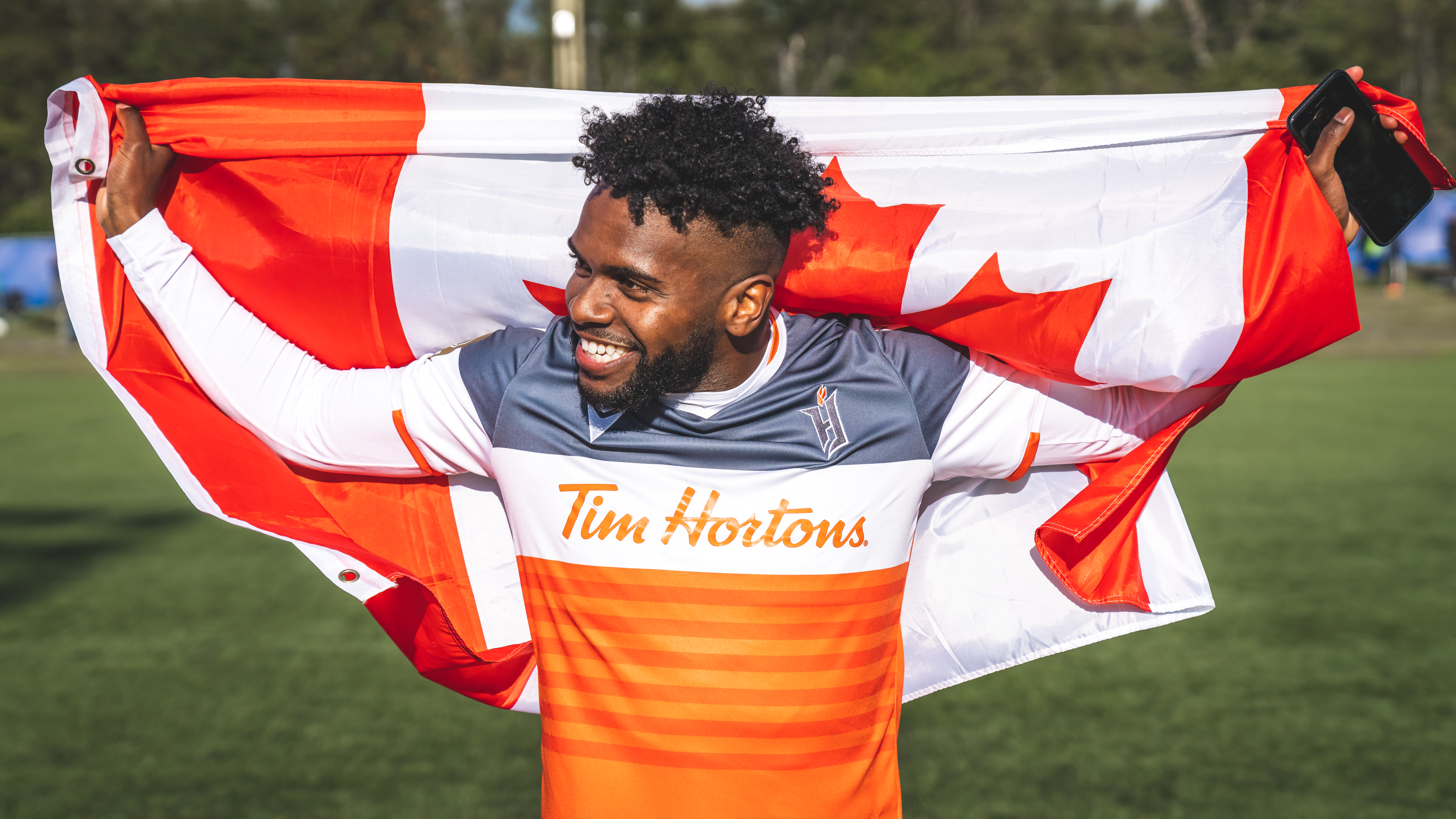 The roster news continued to roll in for Forge FC on Thursday, with the club announcing that attacker Chris Nanco will be back for at least the 2021 CPL season.

The 25-year-old North York, Ont., native has made 37 appearances across two seasons for Forge, after joining in late 2018 as one of the first two players ever signed by the club. Nanco played seven times for Forge in 2020, although he missed the final four contests of The Island Games due to a hamstring injury. He did score two goals last season, in consecutive games against Pacific FC and York9 FC (now York United).

In total, Nanco has recorded seven goals and two assists in his time at Forge, including the match winner in Forge’s 2019 Concacaf League home leg against CD Olimpia.

Prior to signing in Hamilton, Nanco spent time in the system of MLS side Philadelphia Union, who selected him 55th overall in the 2017 MLS SuperDraft. Nanco went on to play 60 times for Bethlehem Steel, the Union’s USL affiliate at the time. Nanco also played four successful years at Syracuse University, suiting up in the summers for League1 Ontario team Sigma FC under Bobby Smyrniotis.

During his CPL tenure, Nanco has developed a reputation as a skilled winger capable of lining up on either flank. When healthy, he has commonly teamed up with left fullback Kwame Awuah to form one of the strongest wide threats in the CPL.

With Nanco, Forge now has 13 players officially signed for 2021 — all of them returning from the 2020 championship-winning squad. Nanco is, however, the first out-and-out attacker re-signed so far, with a number of strikers and wingers from the previous roster still undetermined.