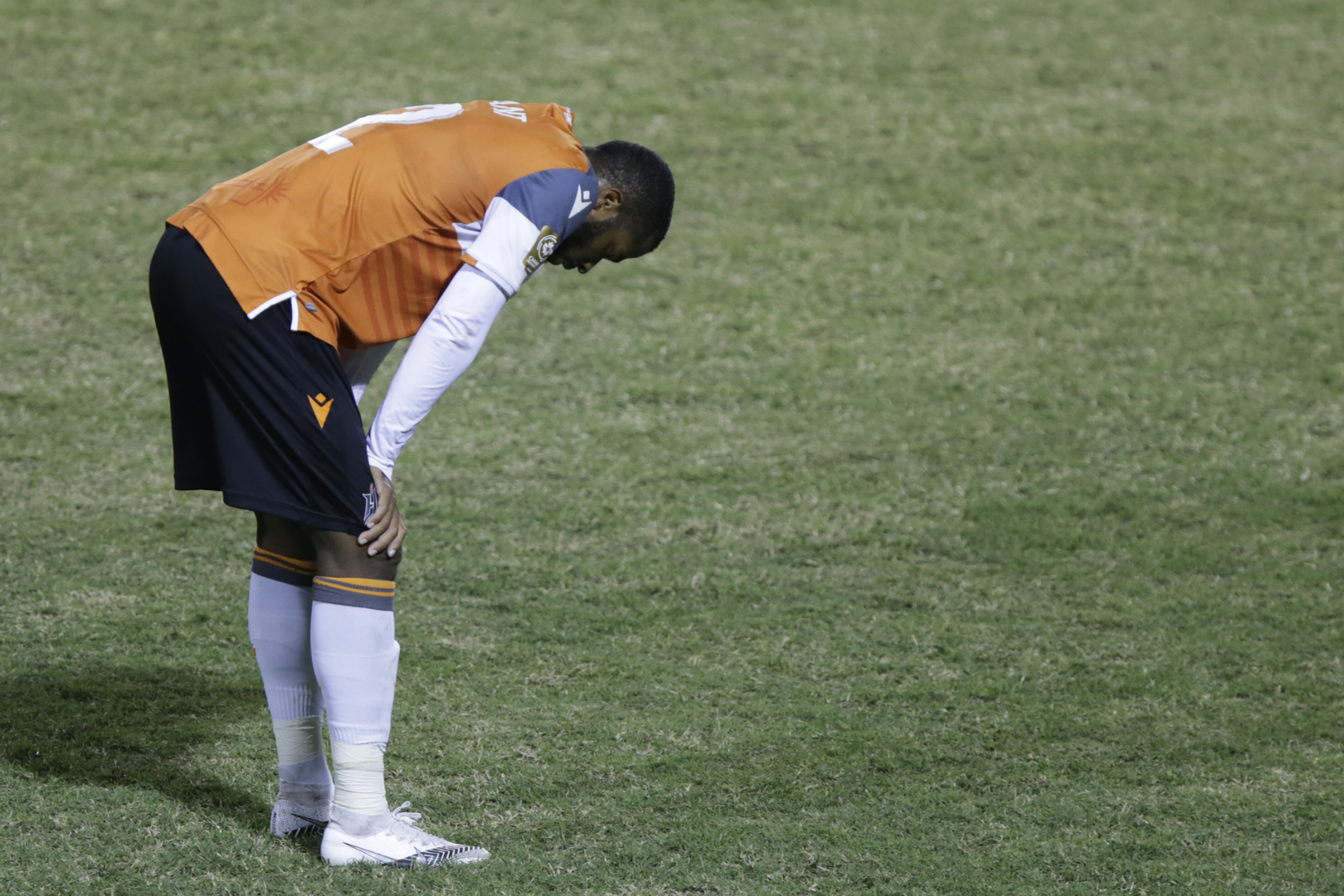 At a historic sell-out at Westhills Stadium, fans enjoyed the views of a beautiful Spring day on Vancouver Island, while viewers at home witnessed history from a lower, less-than-ideal vantage point. Broadcast cameras, including ones that belong to OneSoccer, sat much lower than usual because of a hydro pole that still stands mere feet from the pitch.

Commentator Peter Schaad, addressing the thousands who had tuned in from coast to coast to watch history unfold, told onlookers to “enjoy the journey,” saying while the lower camera angle wasn’t perfect, you’ll “just have to enjoy it – take it in because you may miss it one day.”

It was a loaded statement, reminding onlookers to keep perspective on the Canadian soccer journey. It intimated those invested in Canadian soccer and the CPL project would feel nostalgic for this historic view one day after the pole is removed – which it’s slated to be.

I’m sure Schaad didn’t mean to make a profound statement like that about a camera perspective, but it’s one worth returning to nearly 18 months later, after Forge FC fell to Club Deportivo Marathón 1-0 in their Concacaf League “play-in” match.

Entering the fourth tilt on the road in Concacaf League, Forge was swept up in an ill-tempered affair. Diving from Marathón players, several non-calls from referees, and a few choice words from now-retired David Edgar (more on him later) got to Forge mentally.

Still, the Hamiltonians out-shot and out-possessed Marathón on the night – a rare feat when playing tough opponents on the road in Central America. A second-half chance for Mo Babouli stood as the team’s best chance to equalize.

Going blow-for-blow with one of Concacaf League’s best teams is an unbelievable achievement, something Edgar rightfully pointed out after the match, taking his dozen Canadian men’s national team appearances in Central America into perspective.

“I’m extremely proud. You don’t come down to this part of the world and have that much of the ball,” Edgar stated. “These boys have learned the lesson because nothing’s given to you down here. It went exactly as expected – no surprises. What can I say – so proud of the way the boys handled it, stuck up for themselves and got stuck in.”

Perspective is what’s required when discussing Forge’s CL run. Their win over Salvadoran side Club Deportivo Municipal Limeño was seen as historic – same goes for their round of 16 triumph over Panama’s Tauro FC, the top-ranked team in the competition.

Bobby Smyrniotis’ young group of players is new to continental competition, too, with last year’s two-round run in Concacaf League the club’s only experience playing in the southern reaches of our continent. Oh, and did we mention the strange schedule? Matches sometimes months apart with no friendlies in between… Even a two-week stint of self-isolation.

Many doubted Forge’s chances of going to Central America and winning three games in a row this Fall, and it’s understandable as to why. Kyle Bekker and Chris Nanco were named the club’s inaugural signings two years ago this month – how could they possibly take on some of Concacaf’s top teams?

As Forge has proven the “CPL experience” is a matter of growth, which is achieved by experience. Edgar surmised as much, saying the group learned from this Central American encounter as he passes the torch to the next generation of Canadian player in the CPL.

“We played football right to the end there, and that’s what this group is about and hopefully that’s what the CPL is about in years to come when teams come down in this part of the world,” Edgar said.

Those who invest in those early stages, whether affected by a hydro pole or a frustrating Concacaf-like match, will find the triumph at the end so much sweeter. That goes for Forge players, who will play in the 2021 Concacaf League as CPL champions from 2020.

Enjoy the painful moments of growth – you may miss them one day.

Forge has one last shot to qualify for Concacaf Champions League, versus Toronto FC in the 2020 Canadian Championship final, set to be played in the first quarter of 2021.