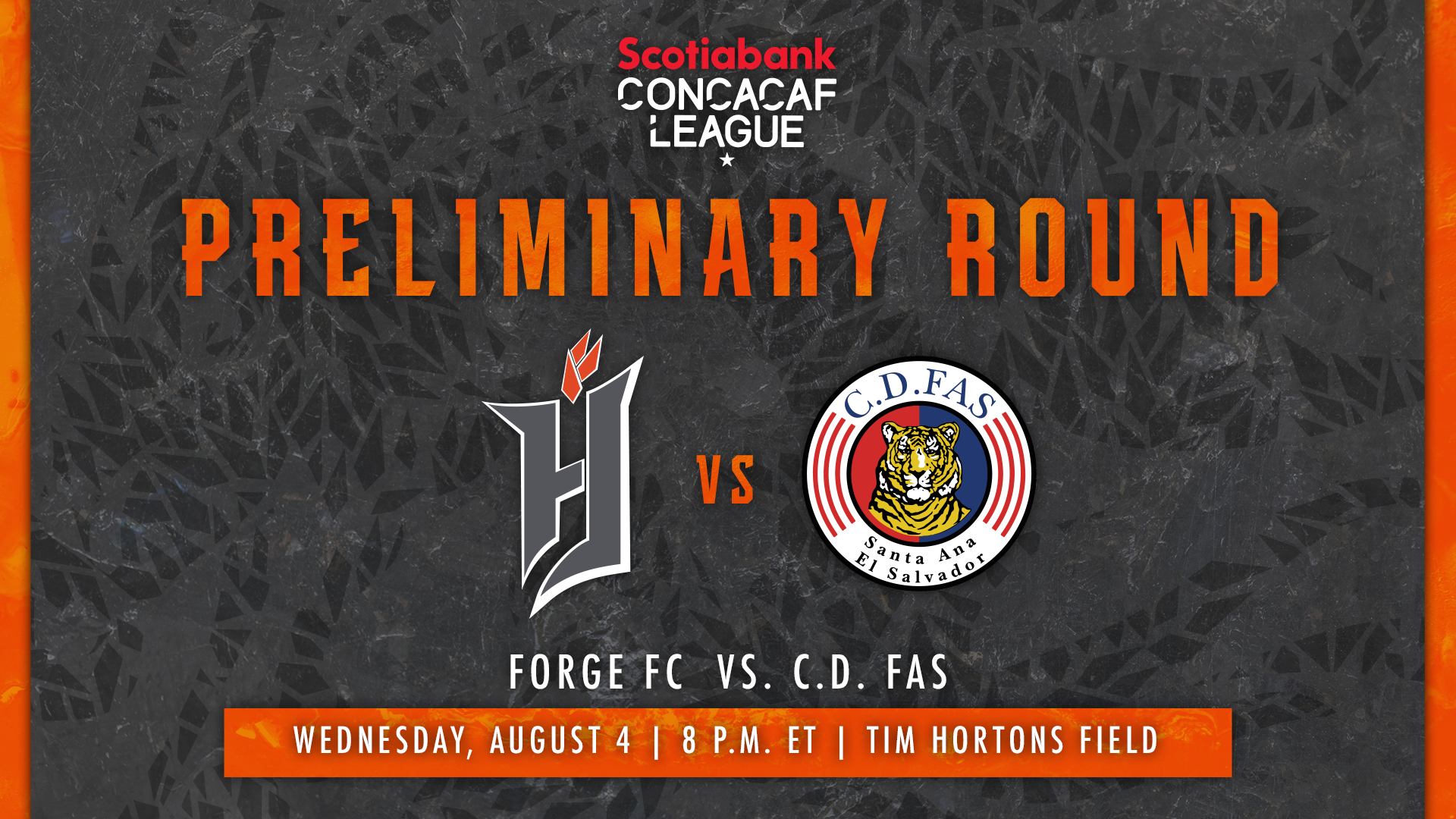 Concacaf announced Friday the schedule for the 2021 Scotiabank Concacaf League Preliminary Round and Round of 16 matches, including Forge FC’s two-leg matchup against Club Deportivo Futbolistas Asociados Santanecos (C.D. FAS).

Forge FC will host C.D. FAS at Tim Hortons Field in the first leg on Wednesday, August 4 at 8 p.m. EDT before travelling to El Salvador for the second leg on Tuesday, August 17 at 10 p.m. EDT.

“It is an honour for Forge FC to represent Hamilton as the CPL Champions in Concacaf League for the third consecutive season,” said Forge FC Director of Football Costa Smyrniotis. “We’re very proud of our accomplishments in our first two appearances and look forward to competing against these quality clubs in Concacaf League again in 2021.”

On the heels of yesterday’s exciting news that Ontario will enter Step 2 on June 30 and allow 25% capacity at all outdoor events, and today’s Concacaf League announcement, Forge FC will continue to work with the Provincial and Municipal governments and public health authorities on the specific policies and procedures around returning to play with fans in the stands with the safety for our fans, coaches and players being the top priority.

Until an update can be made on further progress and specifics around these fan attendance policies, the only way for Forge FC fans to guarantee a seat at a match during this pending window of restricted capacity at Tim Hortons Field is to become a Season Seat Member. Our members will receive first access to all available seats as long as capacity limits are in place. Fans interested in becoming a Season Seat Member can contact a Forge FC ticket representative at 905-527-3674 or tickets@forgefootball.club.