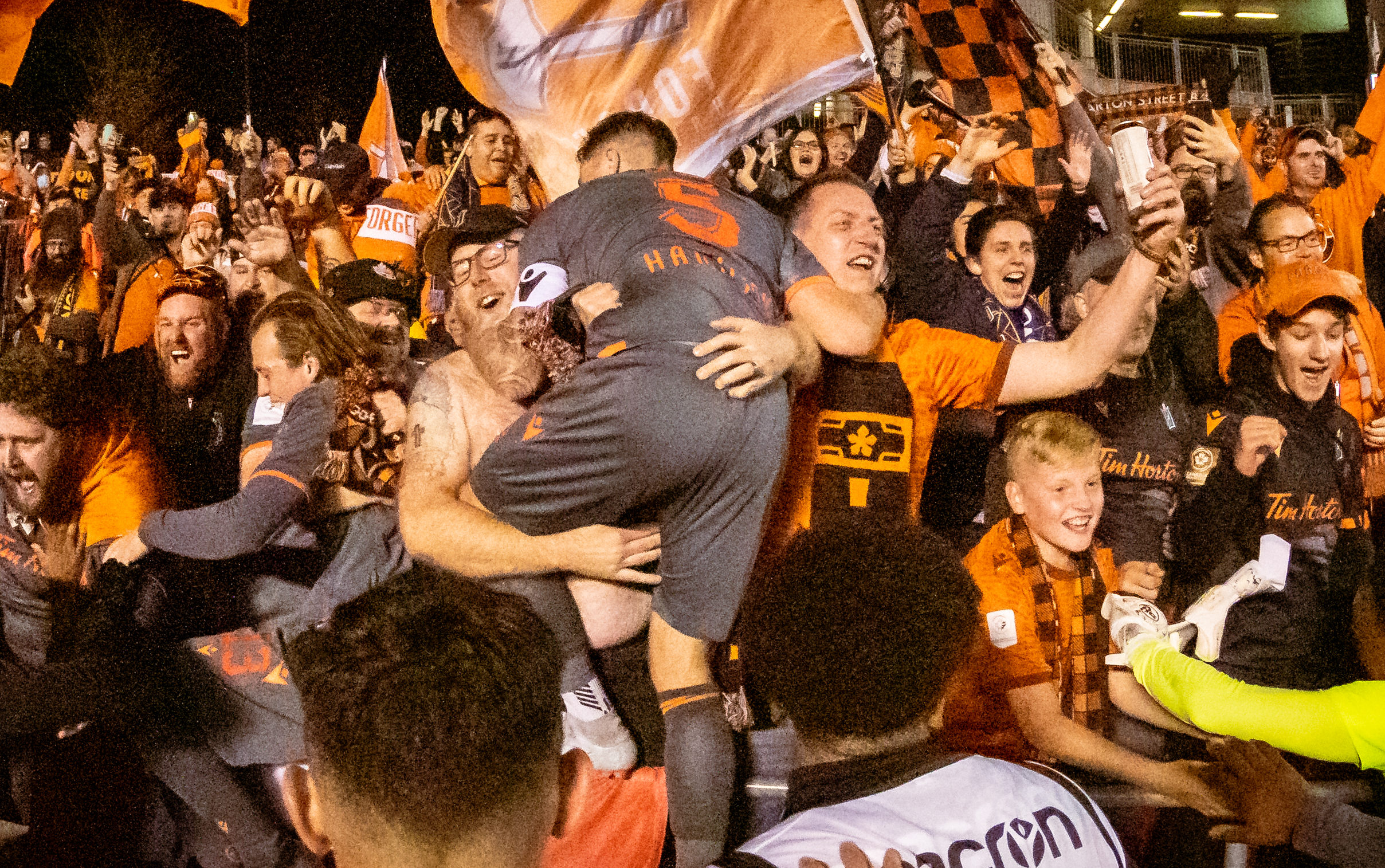 Daniel Krutzen announced his departure from Forge FC on Sunday, ending one of the most successful tenures in Canadian Premier League history thus far.

“It’s been an incredible ride these past 4 seasons,” Krutzen said in a message to people he described as his Forge family on Instagram. “From playing my first professional minutes, to winning 3 championships in 4 seasons, to going 11 rounds in penalties against an MLS team, to qualifying for the Concacaf Champions League, to tearing my ACL, only to come back and captain the team to its third championship. It’s been an honor to say the least.”

Krutzen went on to thank his teammates and coaches, as well as the Forge fans, and said that he’ll continue to cheer the club on from a distance.

The 26-year-old, regarded by many as the best defender in the league, won three North Star Shield titles with The Hammers. He was an integral part of this early CPL dynasty, a rock at the back and a leader on and off the pitch.

He missed significant time early in 2022 after tearing his ACL toward the end of the 2021 season, but he recovered in time for the final month of the 2022 regular season as Forge tried to make it to an incredible fourth-consecutive North Star Shield final. They would return to the championship game, and with captain Kyle Bekker suspended for the final after being sent off in the semifinals, head coach Bobby Smyrniotis gave Krutzen the armband for the season finale at TD Place in Ottawa.

After goals from Alessandro Hojabrpour and David Choinière secured a 2-0 victory for the Hammers, it was Krutzen who got to lift the trophy into the Ottawa sky, about eleven months after his injury. It was a special moment for one of Forge’s key players, and a CPL great.

For the third time in four seasons, @ForgeFCHamilton are the team that lifts the North Star Shield, and the celebrations are just beginning 🎇 #CanPL I 📽️ @Robcheese pic.twitter.com/a0pkqIjkbb

Here’s a look back at some of Krutzen’s other great moments with Forge FC.

The Belgian defender gives @ForgeFCHamilton a 1-0 lead over @AtletiOttawa off a corner kick!

the day we've all been waiting for 🧡#ForgeFC | #CanPL pic.twitter.com/x2J6Xhxhyl

"I feel amazing. It was great to be back on the field with the boys."@Danielkrutzen discusses how he felt to be back with the team last Saturday, the versatility of the team, and his process to recovery.

"The stature he has on the ball and the way he controls the backline, it's a bit of what we've been missing this year."@alexachinioti talks about the presence @Danielkrutzen has on the pitch and how important he is to the team 🫶

What can’t these guys do?@Danielkrutzen and Tristan Borges are down at the gates scanning our fans in 🤣#ForgeFC | #CanPL pic.twitter.com/8i1f3GtPQO