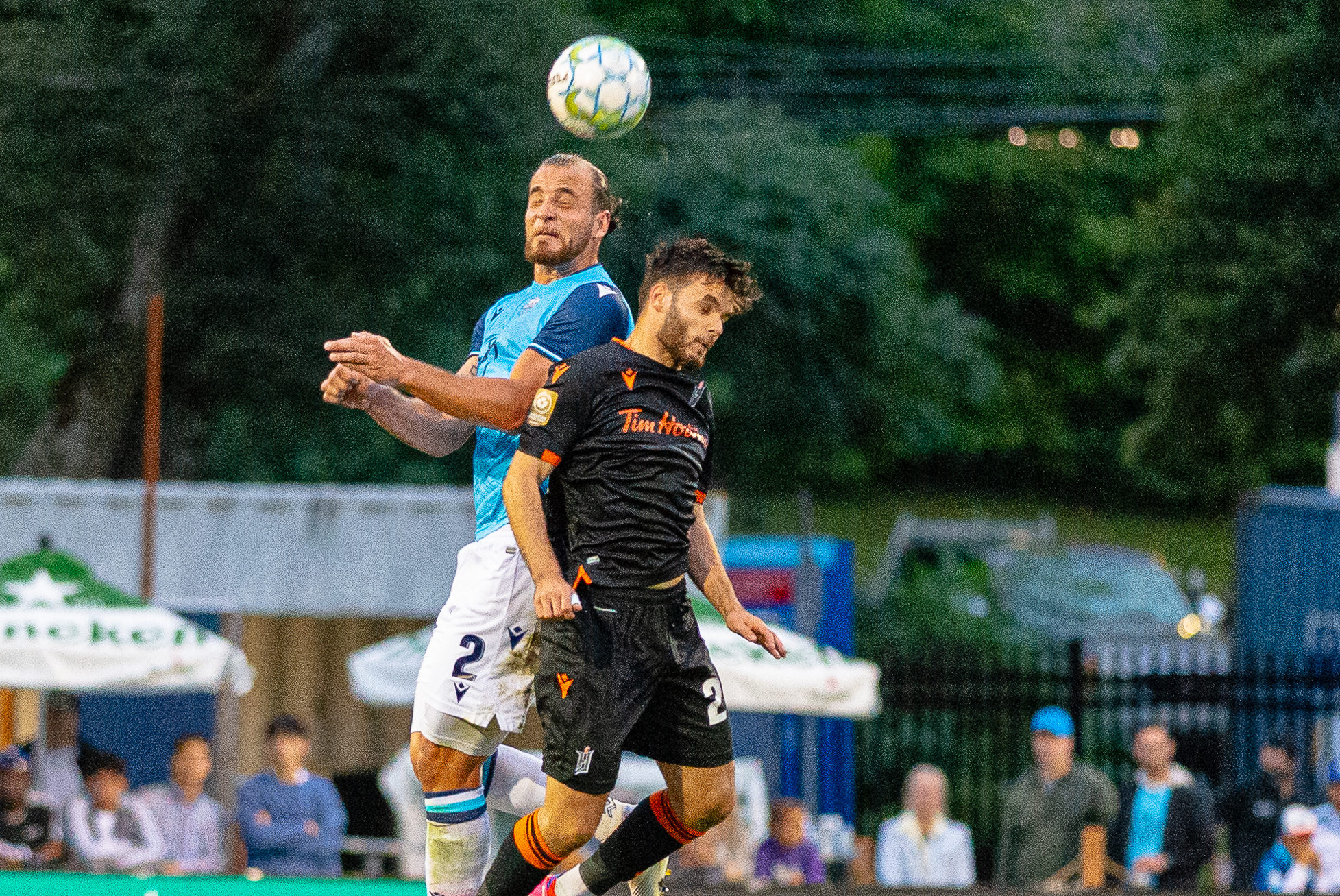 The third meeting of the season between the two 2020 CPL finalists will take place on Wednesday night, as Forge FC head to Nova Scotia to take on HFX Wanderers.

The reigning CPL champions Forge are unbeaten in their last five matches in all competitions — including advancing in the Canadian Championship and Concacaf League competitions. Most recently they played Atletico Ottawa at TD Place, picking up three points on the road with a dominant 3-0 victory.

David Choinière scored early on for The Hammers, before Daniel Krutzen and Woobens Pacius added goals in the second half, as Forge locked things down defensively to hold onto a clean sheet.

The Wanderers have lost just once in their last twelve matches, a tight match in the Canadian Championship against Major League Soccer side CF Montreal. Ten of those twelve matches were in CPL action — a cup victory over AS Blainville the other — as the Wanderers continue to charge toward the top four, and a spot in the playoffs.

They last played on Sunday, drawing 2-2 with York United — the other team in what appears to be a two-horse race for that fourth and final playoff ticket. Akeem Garcia got back on the scoresheet, and Mamadi Camara added a second for the visitors, but a late equalizer from Julian Ulbricht prevented HFX from overtaking The Nine Stripes in the standings.

Forge and HFX have met twice already this season, once in Hamilton and once in Halifax. They played out a 1-1 draw at Tim Hortons Field on August 22, with a late Kwame Awuah goal rescuing a point for the home side. In the rematch at Wanderers Grounds on September 3, Stefan Karajovanovic and Peter Schaale found the back of the net in a 2-0 victory.

This will be the third of five meetings between the two in the regular season, as they will play each other again on October 23 at Wanderers Grounds, and October 30 at Tim Hortons Field.

Despite their dominance over the first two CPL seasons, Forge FC have never won at Wanderers Grounds, losing once and drawing once at Wanderers Grounds in 2019. They did beat them in Atlantic Canada in 2020, however, with a 2-0 victory in the aforementioned 2020 CPL Final in PEI.

Forge defender Daniel Krutzen said that the fans in the CPL, including in Halifax, are “definitely a factor” in games. “I don’t think we’ve ever won in Halifax. Playing away is always different than playing at home, so there’s an extra factor of the crowd that comes into play, but I think we as a team have managed that well in the past, and we’ll just continue doing that.”

“They’ve made a couple of additions, it’s a team that’s well-seasoned. We know what they’re about, they’re very, very patient, move the ball around well and wait for the opportunities. We just have to be aware of that.” — HFX Wanderers head coach Stephen Hart

“We haven’t had the best results going out to Halifax, going back to 2019. That was a game (the last time they played in Halifax) where we weren’t at our best. It took us a while to get into the game, and we gave them two gifts, which we know is something you can’t do against a team like that. They’re very good on the defensive side, and locking things up in front of their goal, and they’re a good opportunistic team in the attack.” — Forge FC head coach Bobby Smyrniotis