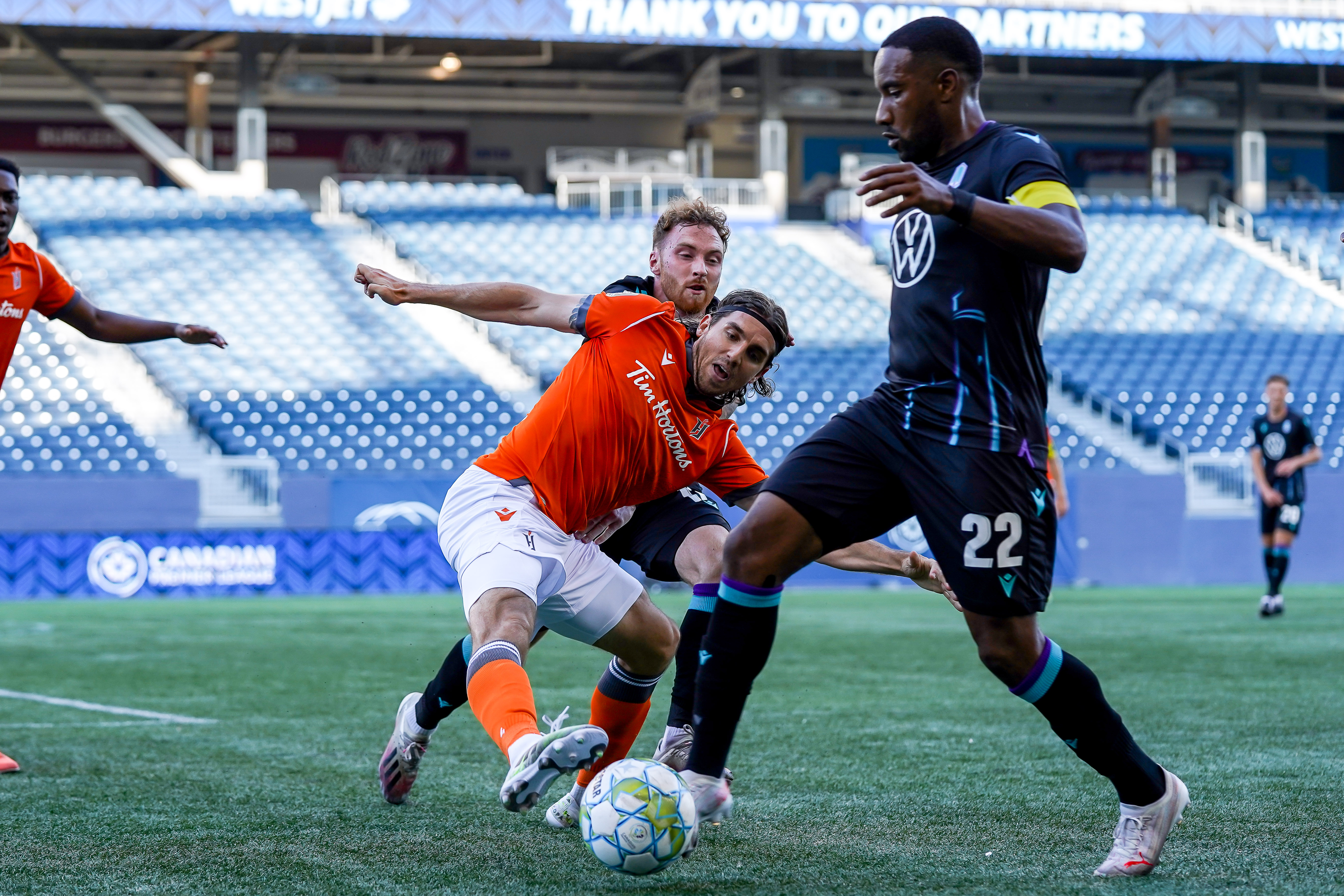 Looking to get payback for the last time these teams met, Pacific FC take on Forge FC on Saturday night in the second match of the CPL’s weekend schedule.

These sides last met on July 4th, in their third matches of the season. Pacific FC were coming off a win and a draw in their matches, while Forge were looking to bounce back from back-to-back losses to begin the season. Forge were much better than in their first two matches, scoring three goals in about 10 minutes to earn a 3-0 victory and get themselves in the win column.

Pacific have not enjoyed this fixture historically. Over seven Canadian Premier League meetings, Forge have won six times, with the other match being a draw during the 2019 season. Forge have outscored Pacific 17-4 in that span, scoring multiple goals in every meeting but the aforementioned 2019 draw — a 1-1 stalemate in British Columbia.

It only took one shot to get the goals flowing for @ForgeFCHamilton again.

In his pre-match press conference, Pacific head coach Pa-Modou Kah revealed that for the first time this season everyone on the roster is available for Pacific, including Matthew Baldisimo, Manny Aparicio and Thomas Meilleur-Giguère — who have all missed games already during The Kickoff. Baldisimo is yet to see the pitch at all, so having a full group of players available to him is a huge boost for Kah.

“At this moment we have everyone available,” Kah said. “I’ve got to pick and choose, which is not always easy, I can only pick 18 players, so there will be some disappointed faces but this is football.

“Today might not be your day, but tomorrow is your day. You’ve just got to keep grinding, there are 21-22 games left in the season.”

It is very much the opposite situation for Forge FC, with head coach Bobby Smyrniotis saying that as many as nine players could miss out for The Hammers through injury. Tristan Borges and Maxim Tissot returned to the pitch in their last match — a 1-0 win over FC Edmonton — both coming off the bench for about 15-20 minutes in the second half.

Both seemed due to necessity, as they were the healthiest two options, with 18-year-old Robbie Clearly also coming off the bench for a short cameo.

Smyrniotis said on Thursday that Forge “looked at a few of the guys who we’re hoping to bring back up to speed for Saturday’s match” earlier in the day, but it remains to be seen who is healthy enough to take the pitch at some point this weekend.

He was hopeful that Forge might have David Choinière ready to play some minutes, after being an unused substitute in Wednesday’s match, and the same for Daniel Krutzen.

“They’re more on the bench to work themselves out as opposed to sitting all day and not getting a training session in,” he added. “A few guys were dressed (on Wednesday against FC Edmonton) only for the purpose of getting some fitness in during warmup before the game.”

“I think tomorrow we are going against ourselves. If you take away the result from the 3-0, we had the better chances — we hit the post — that was just football being ruthless. I think it’s a great game, it’s two footballing teams that want to play football — it’s always a chess match.” — Pacific FC head coach Pa-Modou Kah

“They have an identity in the way they wanna play — where they want to get the ball, how they approach their attack — they’ve been a bit more direct this year, as opposed to overpassing sometimes as they’ve in the past. They want to get the ball into the final third as quickly as possible to guys like Marco Bustos, who’s an important component to their attack.” — Forge FC head coach Bobby Smyrniotis