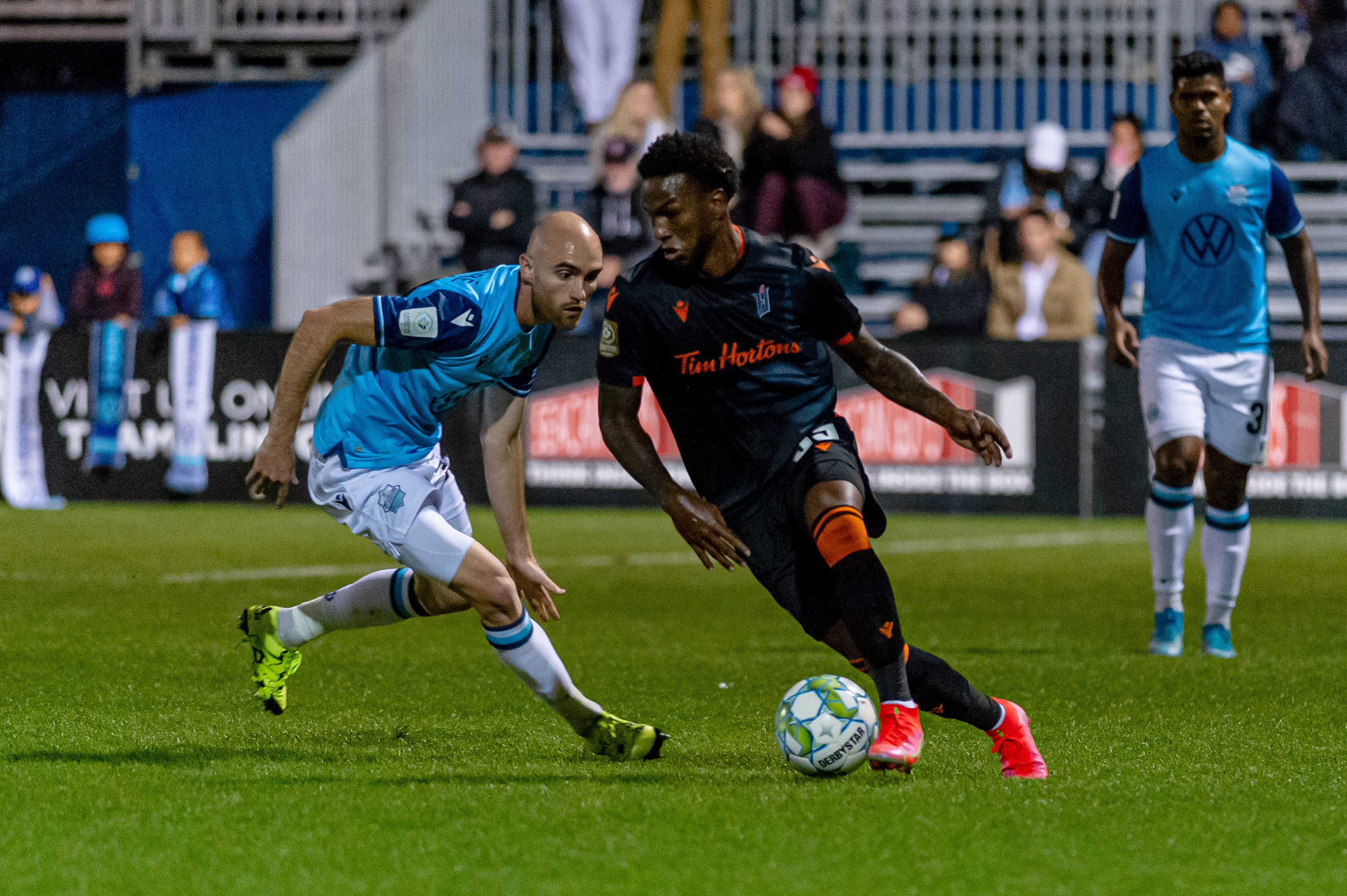 Forge FC picked up their first-ever win at Wanderers Grounds, and moved into the top two in the CPL table, on Wednesday night, beating HFX Wanderers 1-0.

The start of the match was end-to-end, but didn’t feature many scoring chances — the only shot being a Tristan Borges effort from the edge of the box that was pushed away by Wanderers goalkeeper Kieran Baskett.

Forge took the lead in the 25th minute, on a quick counter-attack after winning the ball in midfield. Omar Browne ran onto a pass from midfield, charging into the box and close to the goal line. It looked as though he was going to run out of space, but he kicked the ball across goal, and Baskett couldn’t hold onto it.

Mo Babouli, who had drifted across the box after calling for a cross moments earlier, was in the right place at the right time, and rolled the ball backwards into the goal from a yard out. It was the lone goal of a relatively quiet first half from both sides.

Wanderers star Joao Morelli came closest for the home team in the opening half, grazing the left post with a well-struck free kick. Morelli curled the ball around the wall, and it dipped toward the bottom left corner of the goal, inches away from being the equalizer.

Emery Welshman had a prime opportunity to double his team’s lead in the 57th minute, but failed to take advantage. He was left alone at the edge of the six-yard box, but when a cross from the right wing found the Canadian attacker, he lost his footing slightly and missed the target completely.

The match was a bit chippy at times, with seven yellow cards handed out in total. HFX seemed to be frustrated as the match went on, both with themselves for not taking advantage of the limited opportunities they were given, and with the lack of a penalty call going their way — they made multiple appeals for one, but each time the referee refused to point to the spot.

After one of those penalty appeals was waved away, Wanderers midfielder Pierre Lamothe didn’t give up on the play and fired a shot toward the bottom right corner of the Forge goal, but his shot went just wide. That was the chance that looked the most promising for the home side, with a long shot from Andre Rampersad that dribbled into the hands of a waiting Triston Henry their only shot on goal in this match.

HFX won’t have to wait long to try and avenge this defeat, as Forge travel to Wanderers Grounds again on October 23.  They’ll also meet at Tim Hortons Field on October 30, as the season winds down and the two jockey for position in the standings.