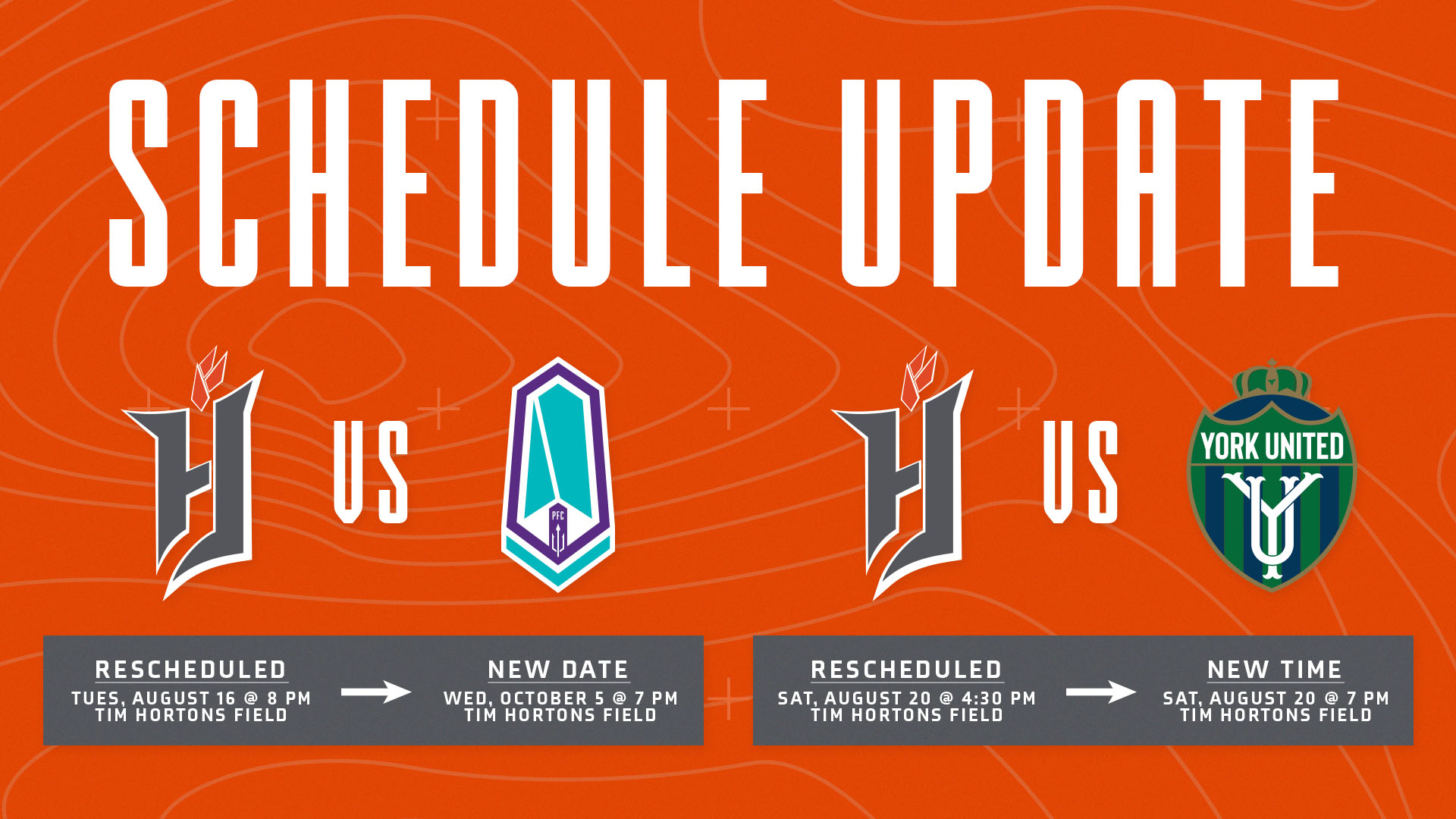 The CPL match between Forge FC and York United FC at Tim Hortons Field on Saturday, August 20 — previously set to kick off at 4:30 p.m. ET — will now kick off at 7 p.m. ET.

The full Forge FC schedule for the 2022 CPL season is available at https://forgefc.canpl.ca/schedule.

All CPL matches can be watched live at OneSoccer.