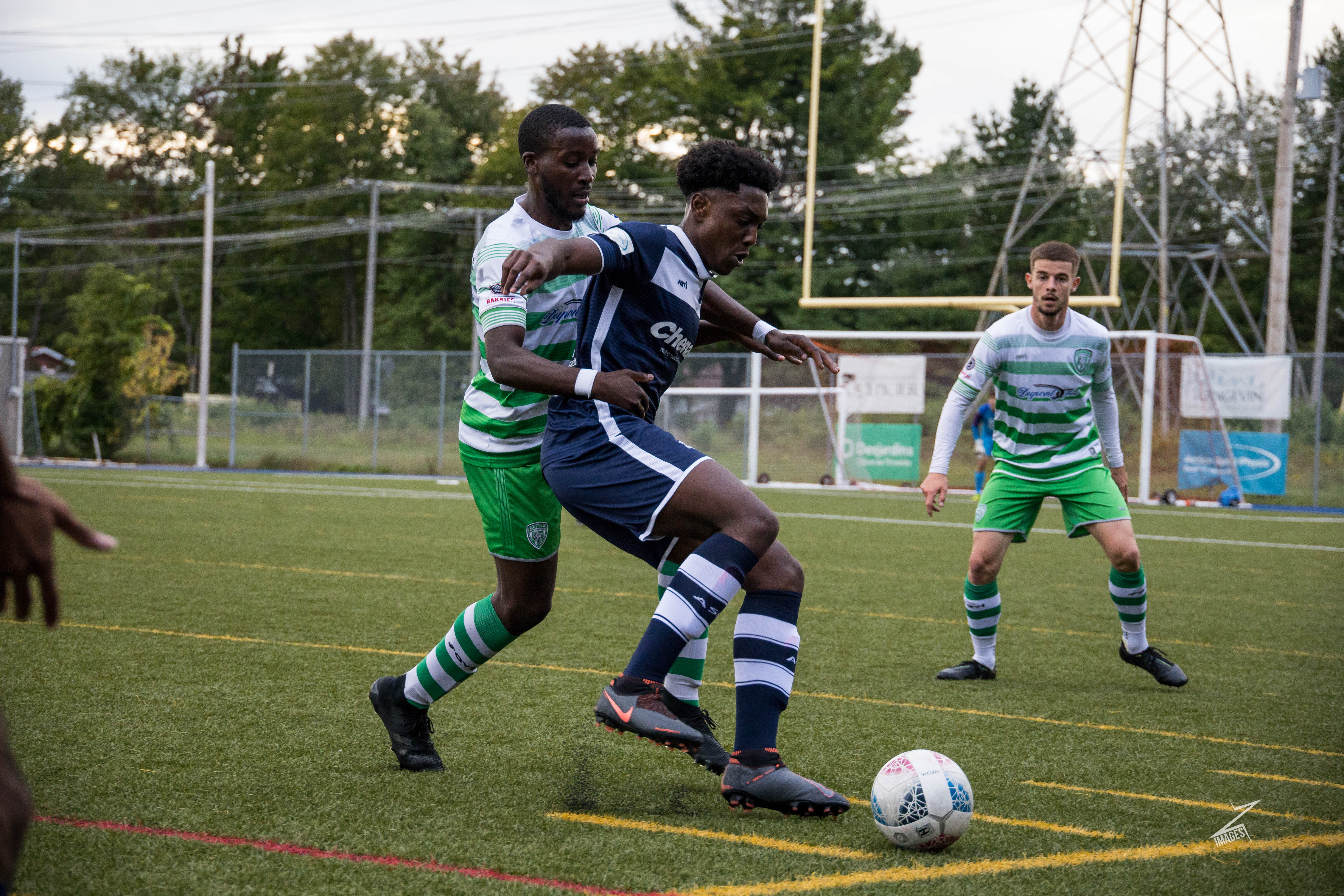 Canadian Premier League clubs are slowly beginning to return to training for the 2021 season – and their CPL-U SPORTS Draft picks are joining suit.

All 16 draftees from this past January’s 2021 CPL-U SPORTS Draft are be invited to their club’s pre-season training camp ahead of the 2021 CPL campaign.

Drafted players can sign a U SPORTS Developmental Contract, which allows players to retain their eligibility and return to school in the fall.

First overall pick Thomas Gardner was, aptly, the first 2021 selection to land a contract in the CPL, joining FC Edmonton on a developmental deal last month.

Who from Canada’s universities will join him? Let’s look at the contenders.

HFX Wanderers FC made quite the steal near the end of the first round, picking up former York draftee Stefan Karajovanovic with seventh overall selection.

Karajovanovic, 21, could be the most CPL-ready selection from this year’s CPL-U SPORTS class: No draft pick scored more often at the university level (35 goals in 37 games) or had first-team experience against CPL opposition (Karajovanovic faced York9 FC in the 2019 Canadian Championship with AS Blainville).

The other factor that makes Karajovanovic a likely pick-up for the Wanderers is that all five HFX picks over the previous two drafts made professional appearances for the club the following season: Christian Oxner, Andre Bona and Peter Schaale in 2018, and Cory Bent and Jake Ruby in 2019.

It doesn’t hurt that coach Stephen Hart could use another body up top. Six players can comfortably fit in the Wanderers’ front four, with newcomer Samuel Salter joining standout returnee attackers Bent, Alessandro Riggi, Alex Marshall, Akeem Garcia, and João Morelli. Karajovanovic can slot in across the attacking front, making him a prime option off the bench.

Valour FC coach Rob Gale has discussed the need for another centre back and, while the Lebanese under-23 national team member isn’t a marquee signing per se, he’s proven to be CPL-ready with the Carleton Ravens.

The third-year defender also played 135 minutes for Lebanon in a pair of friendly matches against Bahrain. His stock has never been higher – and coach Gale seems impressed.

“There’s a lot to like about him and it’s reinforced when you get to know him as a person,” Gale said. “We saw how much it meant to him and his family when he got drafted. He sent us a video of his family watching the draft and their reaction when his name came up. It was great. He’s a humble hard-working good kid who is being recognized at a national level coming out of college, which is amazing.”

Going out on several limbs for this wildcard pick of Garven-Michée Metusala, who was selected eighth overall in January’s draft.

The 21-year-old is a first-year student at Concordia University and, because of the COVID-19 pandemic, has yet to play in U SPORTS. But he has suited up for AS Blainville alongside Karajovanovic and shined across the backline and in a defensive midfield role as a solid two-footed defender. Other than that, not much is known about the Montreal native who didn’t even make CanPL.ca’s list of 20 players to watch ahead of the draft. It’s the kind of off-the-wall pick that makes me think Forge coach Bobby Smyrniotis has something up his sleeve.

Metusala fits Forge’s technical and versatile style of play and is comparable to some of the club’s other defenders in that regard. He also wouldn’t be the first CPL-U SPORTS pick to land in Hamilton from an untapped Quebec market: Smyrniotis clearly picked talent-first in 2019 with Gabriel Balbinotti – an ex-Ottawa Fury striker that filled a nice gap in Forge’s attack.

Smyrniotis has also pointed to Metusala’s high ceiling. If he makes the 2021 roster, Metusala could be convinced to swap U SPORTS for the pro level, considering he’s only just finished his freshman year (a la HFX Wanderers fullback Jake Ruby, who signed a full professional contract this spring).

Victory Shumbusho checks all the boxes for Pacific FC; an ambitious and proud West Coast footballer, ties to the Vancouver Whitecaps academy, positional versatility, and a blistering goalscoring record.

Selected 12th overall, the 23-year-old arrives at Pacific training camp with an impressive scoring record over on the mainland. Shumbusho bagged 26 goals in 50 appearances for the University of British Columbia Thunderbirds (just under 0.75 goals per 90 minutes) and is set to end his four-year undergraduate career this spring.

While PFC has considerable depth up top, there’s still a role for Shambusho – who can play anywhere across a front-three – to play for 2021, as he competes for a spot alongside attackers like Marco Bustos, Terran Campbell, Alejandro Díaz and Victor Blasco.

“For me, my job is to come and prove and show what I have,” Shumbusho said. “Every minute, every training session, every game, I’m growing, and as time goes on, I’m establishing myself.”

Oh, and if you haven’t already, read Victory’s backstory as told by CanPL.ca’s Charlie O’Connor-Clarke. It’s an incredible tale of perseverance starting with his family’s emigration from the Democratic Republic of the Congo. If that doesn’t show a good character, something coach Pa-Modou Kah clearly values in his camp, I don’t know what does.