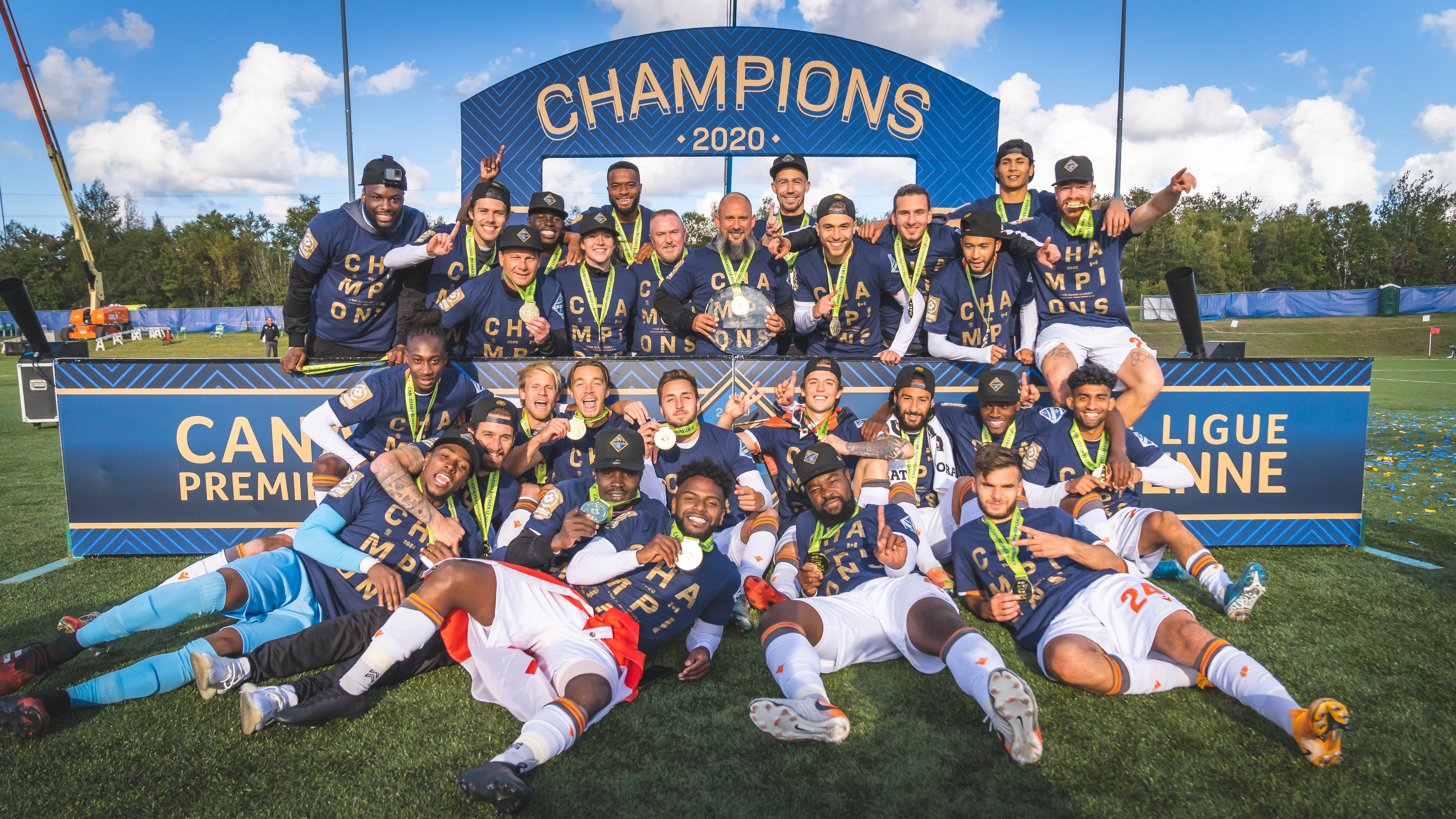 To call this year “unprecedented” would be a little too obvious for a year in review story, but there is no denying that despite the challenges faced in a global pandemic 2020 will go down in the record books for Forge FC.

It was way back in February, in what feels like years ago, that the club first reunited for their initial fitness testing for the 2020 season. I had spoken with coach Bobby a couple times leading up to camp and it stood out to me how often he brought up how long the offseason was when it comes to the world of soccer. If only we knew what was ahead of us. 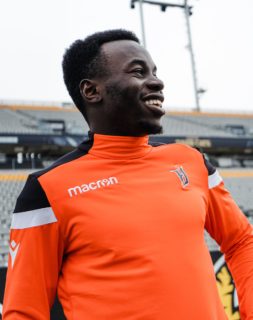 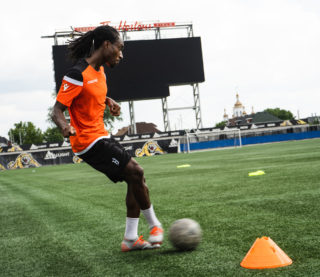 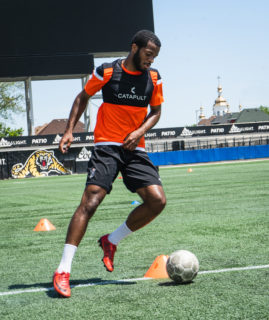 There were no shortages of questions heading into training camp, including how the club was going to replace the 2019 Golden Boot winner and Player of the Year Tristan Borges, who earlier in the year was sold for a record transfer fee to the Belgian club OH Leuven. Despite the departure of a player who scored 14 goals, the group was confident they would be able to build on their inaugural year success with almost all of the players from the 2019 team returning.

Training camp was just starting to kick into high gear when Covid-19 brought the world to a standstill in early March. What was originally thought to be a few short weeks of working out from home, turned into a month, and then longer. Coach Bobby and his staff worked hard to make sure the team stayed in top physical form while staying safe by quarantining at home.

Behind the scenes, even before the pandemic shut down camp, the front office was working hard to finalize their roster. Prior to strict travel bans being put in place, the club was able to bring over and sign Belgian midfielder Paolo Sabak. The 24-year-old had connections with Forge assistant coach Peter Reynders and defender Daniel Krutzen, whose time overlapped at KRC Genk’s Youth Academy which made for an easy transition in the club.

As spring turned to summer, the club continued their at home workouts while Canadian Premier League and team officials worked tirelessly with federal, provincial and local health authorities to find a way to deliver a 2020 season. Eventually, after a lot of hard work by many people it was announced the season would be played in a bubble in Prince Edward Island, in the very appropriately titled “Island Games.” 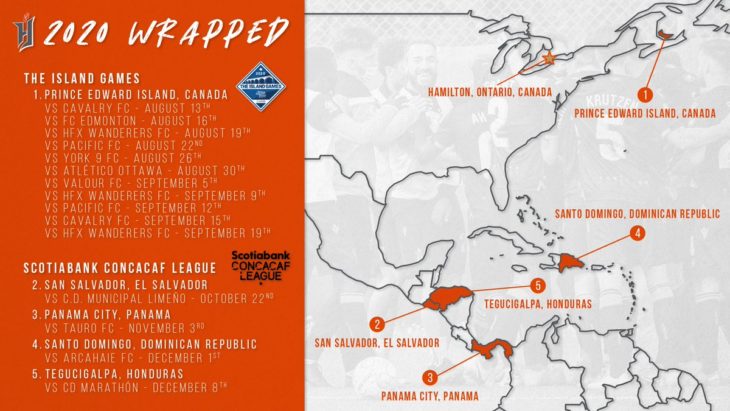 Even with a plan to return, the team had to follow very specific health guidelines to return to training, starting with strict limits on how many people could be at Tim Hortons Field at one time, only getting a couple of full squad and full contact practices in before boarding the plane to beautiful Charlottetown, Prince Edward Island.

Before leaving to the East Coast, Forge rounded out their roster with a quartet of signings, bringing on board goalkeeper Baj Maan, defender Jordan Dunstan, 2020 CPL-USports first round draft pick Gabriel Balbinotti, and former TFC striker Mo Babouli. 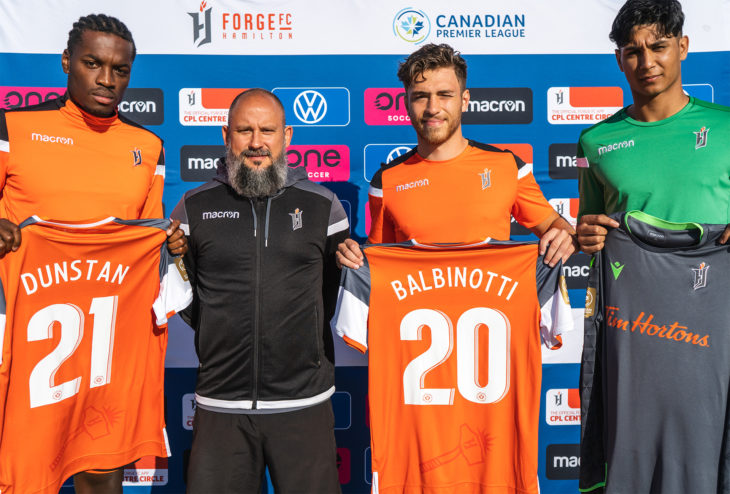 Inside the bubble, everyone involved was required to follow very specific instructions to reduce any sort of contact with the outside world, and even other teams inside the hotel. This included being required to wear masks at all times when outside of their rooms, separated on different floors within the beautiful Delta Prince Edward, eating meals within their own team cohorts and avoiding interacting with other teams in the hallways, lobby and practice facilities.

Make no mistake, it was an incredible experience, and everyone from the staff at the hotel, security at University of Prince Edward Island Alumni Field, the medical staff conducting weekly Covid testing, CPL and other team officials, and those at OneSoccer and MediaPro deserve a ton of credit for their hard work pulling off the Island Games.

Once on the field it was easy to forget about all the outside factors, and the boys of Forge FC were able to focus on the task at hand, bringing home the North Star Shield as Canadian Premier League Champions. As Coach Bobby reminded me throughout the season, it was a ‘business trip’, and the club had only one goal in mind. 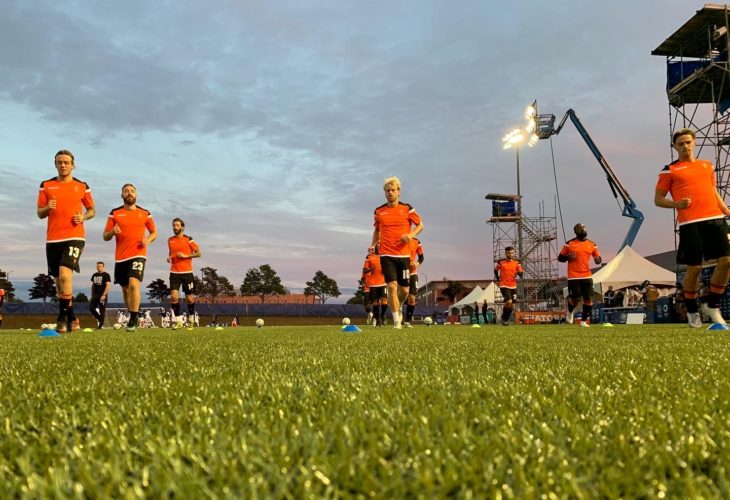 Forge kicked off the Island Games with a rematch of last year’s final against Cavalry FC. While it looked like they were going to be able escape with the victory, Cavalry scored late and Forge FC would settle for a draw. All in all, in the first round Forge would go on to win three times, draw three times, and lose just one game, good enough to finish in the top four and book their spot in the second round.

In the group stage Forge started off with a tightly contested one-one draw against HFX Wanderers, their same result with them in the first round, but would go on to beat Pacific 2-0, and send Cavalry FC home with a 1-0 victory to book their spot in the finals.

In the Finals, it was an expectedly hard-fought first half, with both teams refusing to budge, but Alexander Achinioti-Jönsson would bury a beautiful Mo Babouli pass in the 60th minute, Max Tissot would put the game on ice with an insurance marker in the 90th minute, and Triston Henry shut the door for his league-best fifth clean sheet as Forge FC would get to celebrate being Canadian Premier League Champions once again.

Even with another championship, the year wasn’t over for Forge. Not only did they earn the right to play MLS side Toronto FC for the Canadian Championship, they were still in contention in the 2020 Concacaf League which they earned thanks to last year’s title.

Coach Bobby had originally planned to give the team six days off to celebrate winning in Prince Edward Island but after just a couple of days away from the pitch, everyone on the team was ready to return to work and turn their focus to earning a spot in the Concacaf Champions League.

After a few weeks of practicing at Tim Hortons Field, the team headed to El Salvador where they would face Municipal Limeno in the Preliminary Round and come away with a 2-1 victory thanks to goals from David Choinière and Anthony Novak to advance to the Round of 16.

Next up was a matchup against Panamanian club Tauro FC, and in a thrilling finish, Novak was taken down in the box in extra time and Daniel Krutzen stepped up and delivered on a penalty kick to give Forge FC a dramatic 2-1 win and book their spot in the quarterfinals, with the opportunity to play for a spot in the Champions League should they win.

With almost a month between matches, Forge FC returned home to Hamilton where they were required to quarantine for two weeks before they were allowed to return to the pitch, and after just a couple days of practice in late November, they were back on their way to Central America, ahead of one of the biggest matches they’ve ever played.

Before the match, while the club was in the Dominican Republic, the CPL announced their award winners and Forge nearly swept the awards they were nominated for, with Henry taking home the Golden Glove, and Bekker collecting the hardware for Player of the Year, marking the second straight season it was won by someone from the club. Surprisingly despite leading the team to a second straight championship while scoring more goals and conceding less than any other team, Coach Bobby was snubbed for Coach of the Year. 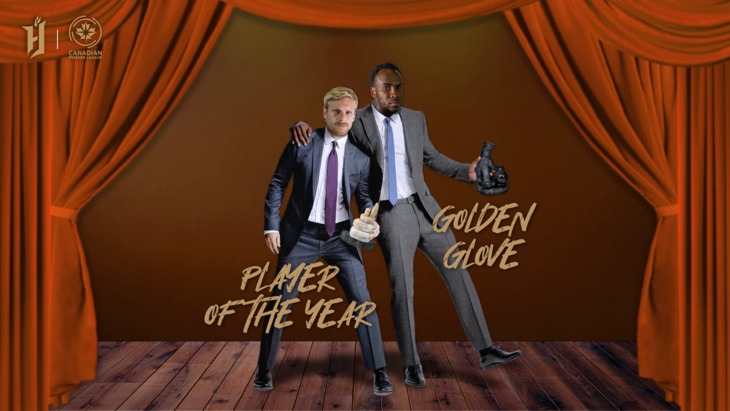 Forge was in tough in the quarterfinals as they took on Arcahaie FC, and despite dominating their opponent for most of the match thanks to a Daniel Krutzen penalty kick goal, it wasn’t meant to be as Forge would concede a goal in the 59th minute, and eventually suffer a loss in penalty kicks.

Forge FC had another opportunity to book a spot in the Concacaf Champions League in a play-in game against CD Marathon of Honduras a week later, but again, in a tightly contested match, the team came just short, dropping a 1-0 decision and ending their 2020 campaign.

Before their final match, longtime Canadian national and defender David Edgar announced he would be playing his final game, bringing the end to a storied career that spanned nearly two decades across Europe and Canada.

Now the attention turns to 2021, where before they kick off their CPL season with a chance for a three-peat, they’ll take on Toronto FC in the Canadian Championship and one final opportunity to earn a spot in the Champions League with a victory. 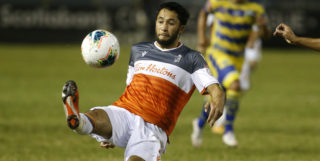 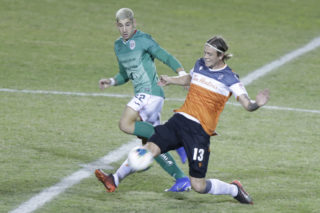 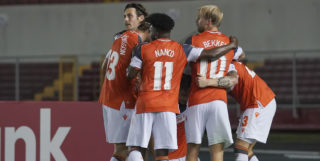 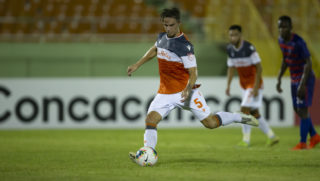 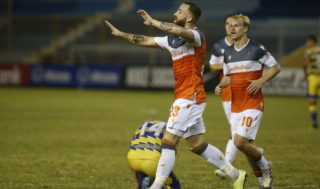 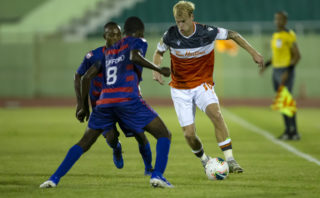 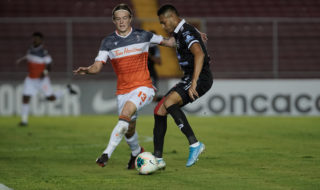 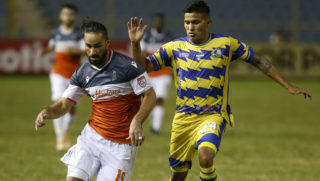