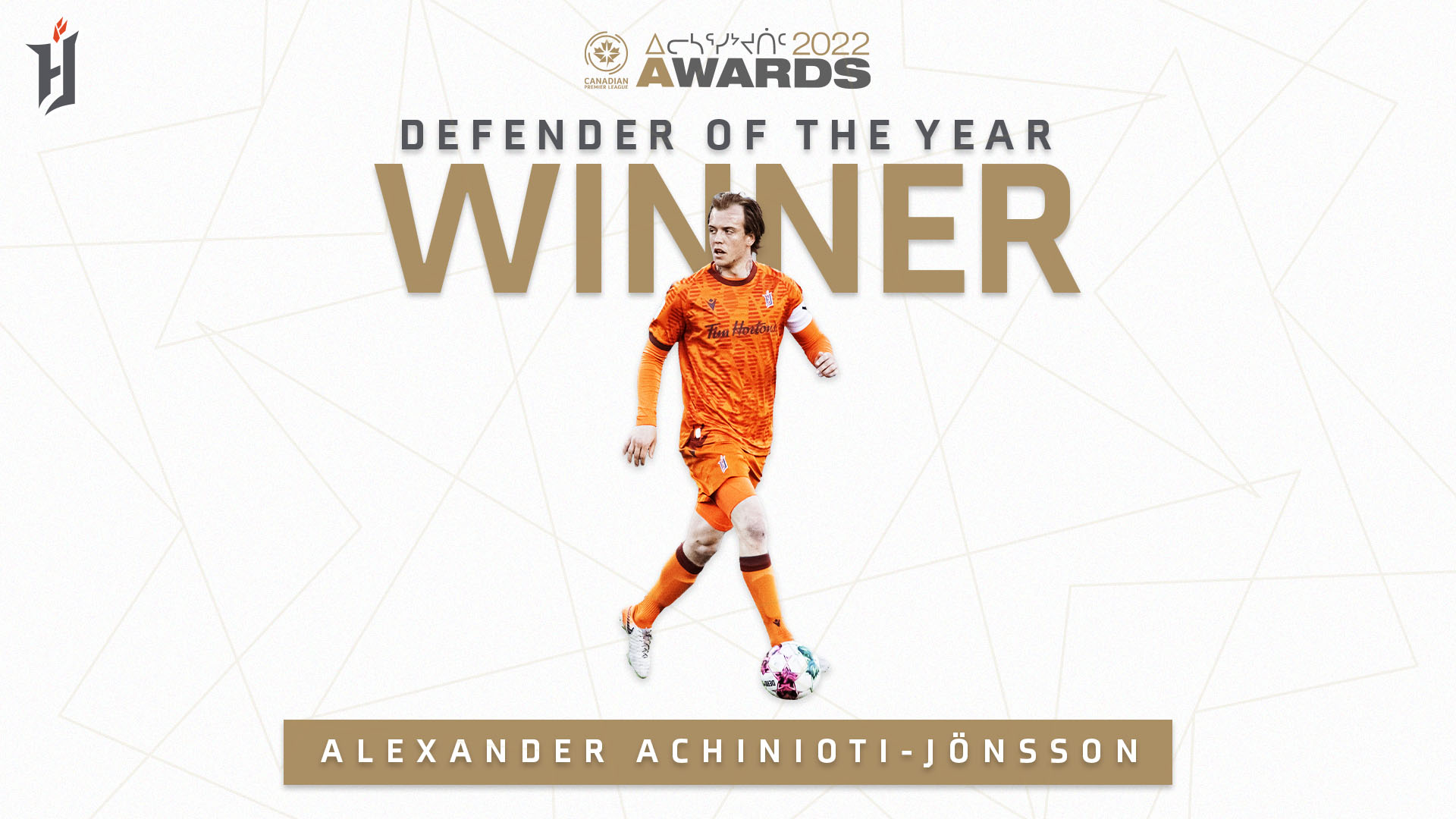 Achinioti-Jönsson, 26, was key to Forge FC conceding the fewest goals (25) of any CPL club during the regular season. In his first season at centre-back, Achinioti-Jönsson seamlessly transitioned from defensive midfielder to the heart of the backline thanks to his distribution skills, passing accuracy and aerial presence. He celebrated making his 100th appearance for Forge this season and led the league with 1,996 passes. His nine blocks, 29 interceptions, 49 clearances and 31 aerial duals won were the most by any Forge player during the regular season.

Achinioti-Jönsson, received a unique piece of Inuit soapstone art, carved by artist Ruben Komangapik. The Walrus statue was chosen to honour the CPL’s best defender because the animal is one of the ocean’s toughest creatures, feared even by polar bears and killer whales, like a tenacious defender who is a guardian of the gates for his squad.