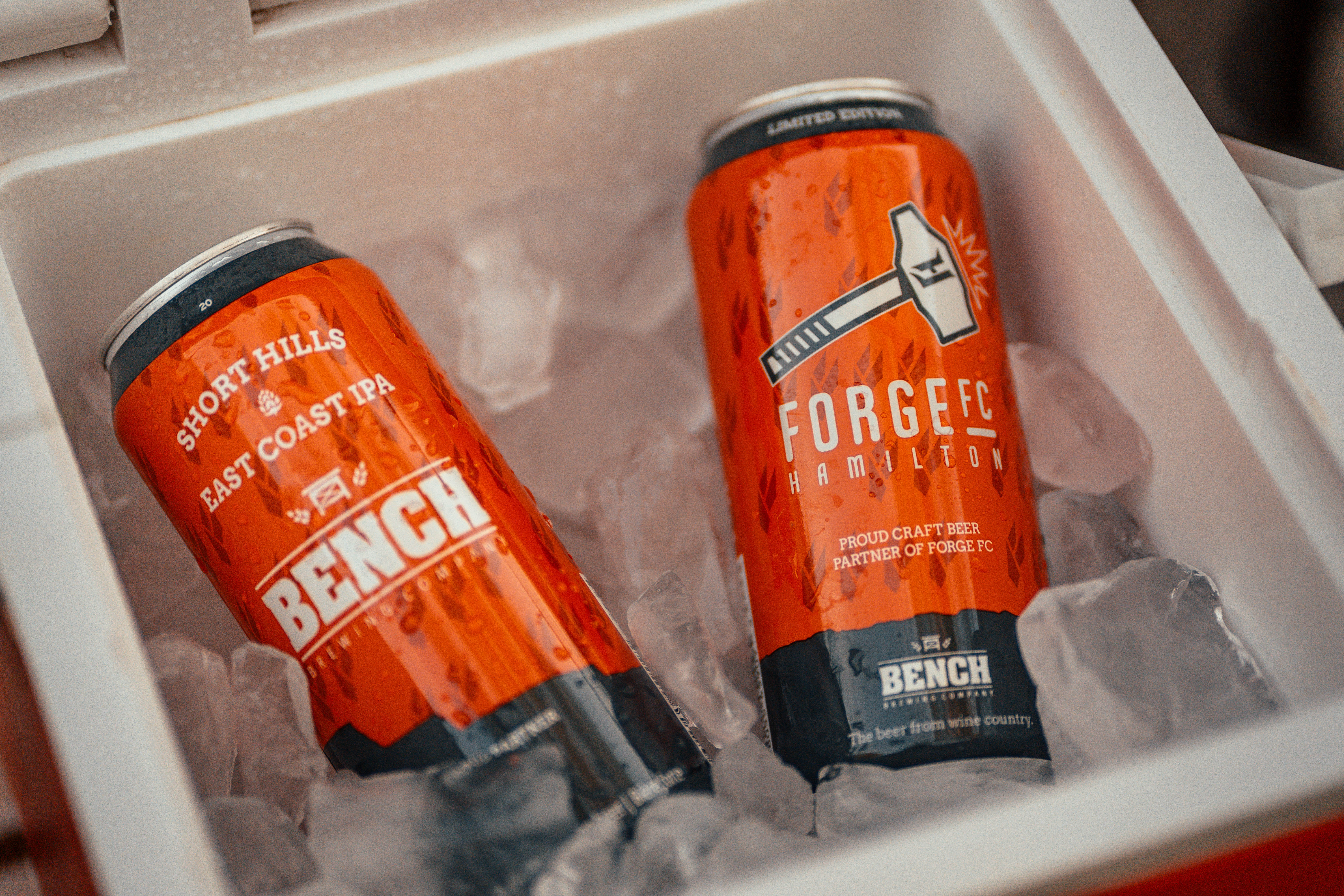 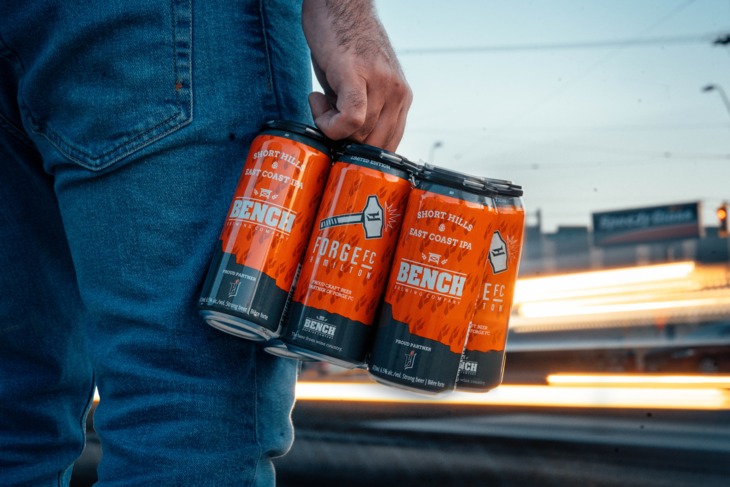 The Bench Brewing East Coast IPA is named after the most easterly region of the Twenty Valley known for its small but steep hills. Originally granted to the United Empire Loyalists after the Revolutionary War, it was farmed by Mennonite settlers who cleared the land for agriculture in the early 1800s. This hazy IPA boasts juicy aromas of tropical fruit with a soft, round body and light bitterness.

The limited edition Forge FC branded cans will be available for purchase exclusively from the Bench Brewing Company online shop. Order online and arrange for doorstep direct delivery or sign-up for a pickup time at the brewery for their safe, touchless curbside pickup.

Don’t miss out on this limited edition Forge FC branded can! Get yours today and enjoy an ice cold beer during these hot summer days.