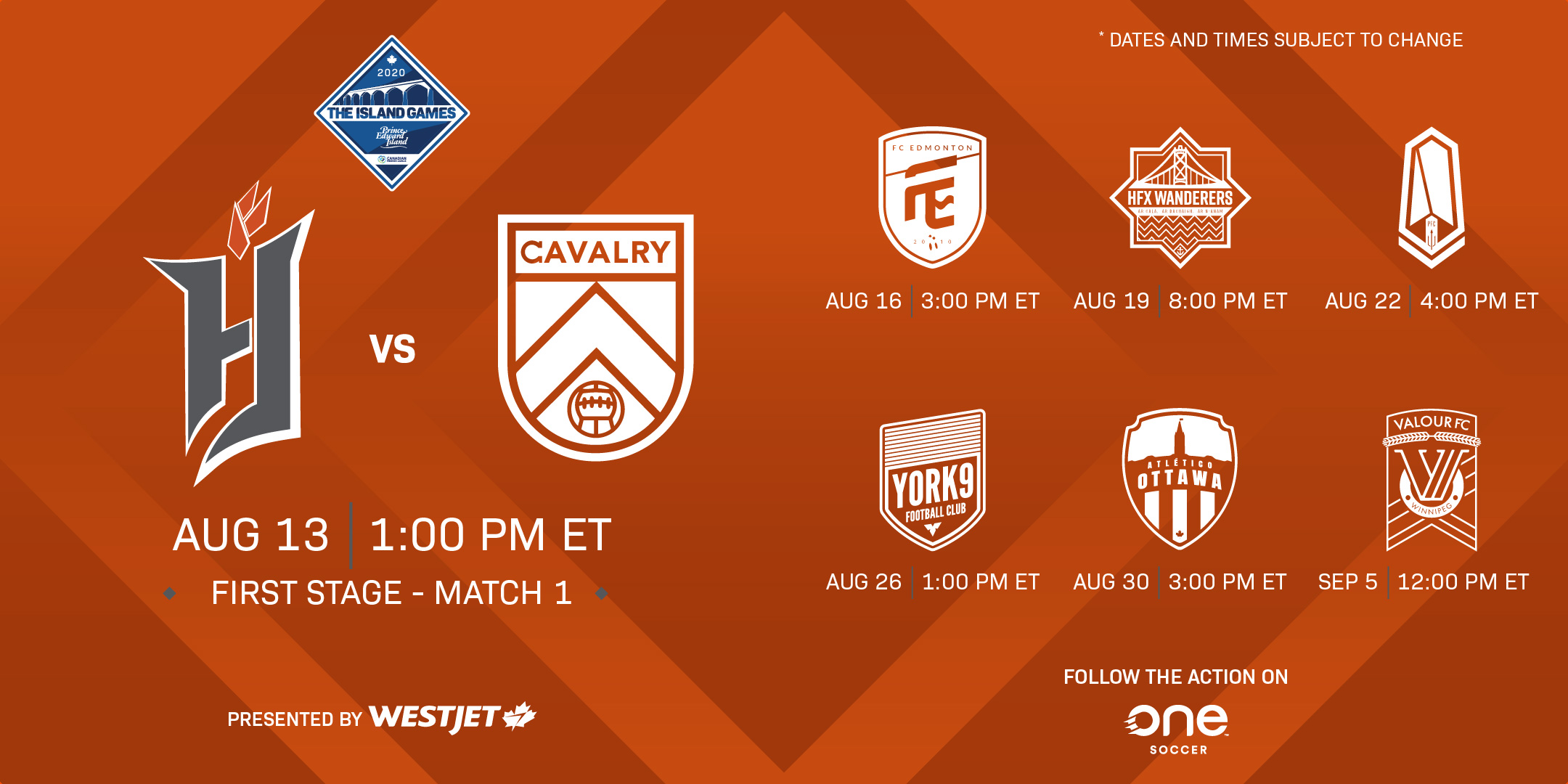 The Canadian Premier League released The Island Games schedule Monday presented by WestJet. The season will begin with an eight-club first stage where each CPL team will play each other once (28 game total first phase). The top four clubs will then advance to the second round six-match group phase that will culminate with the top two clubs competing in a single match Final to be crowned the 2020 CPL Champion in September.

The made for TV event will commence on Thursday, August 13 at 1 p.m. EDT with a rematch of the 2019 season finalists Forge FC vs. Cavalry FC, and will conclude in September with all matches broadcast exclusively via the CPL’s media partner OneSoccer. The first match against Cavalry FC will also be re-broadcast on OneSoccer at approximately 5 p.m. EDT following the completion of the UEFA Champions League match.

Other Forge FC schedule highlights include a match against rival York9 FC on Wednesday, August 26 at 1 p.m. EDT and the club’s first-ever contest against the league’s newest club, Atlético Ottawa, on Sunday, August 30 at 3 p.m. EDT. All games will be played in Charlottetown, Prince Edward Island.