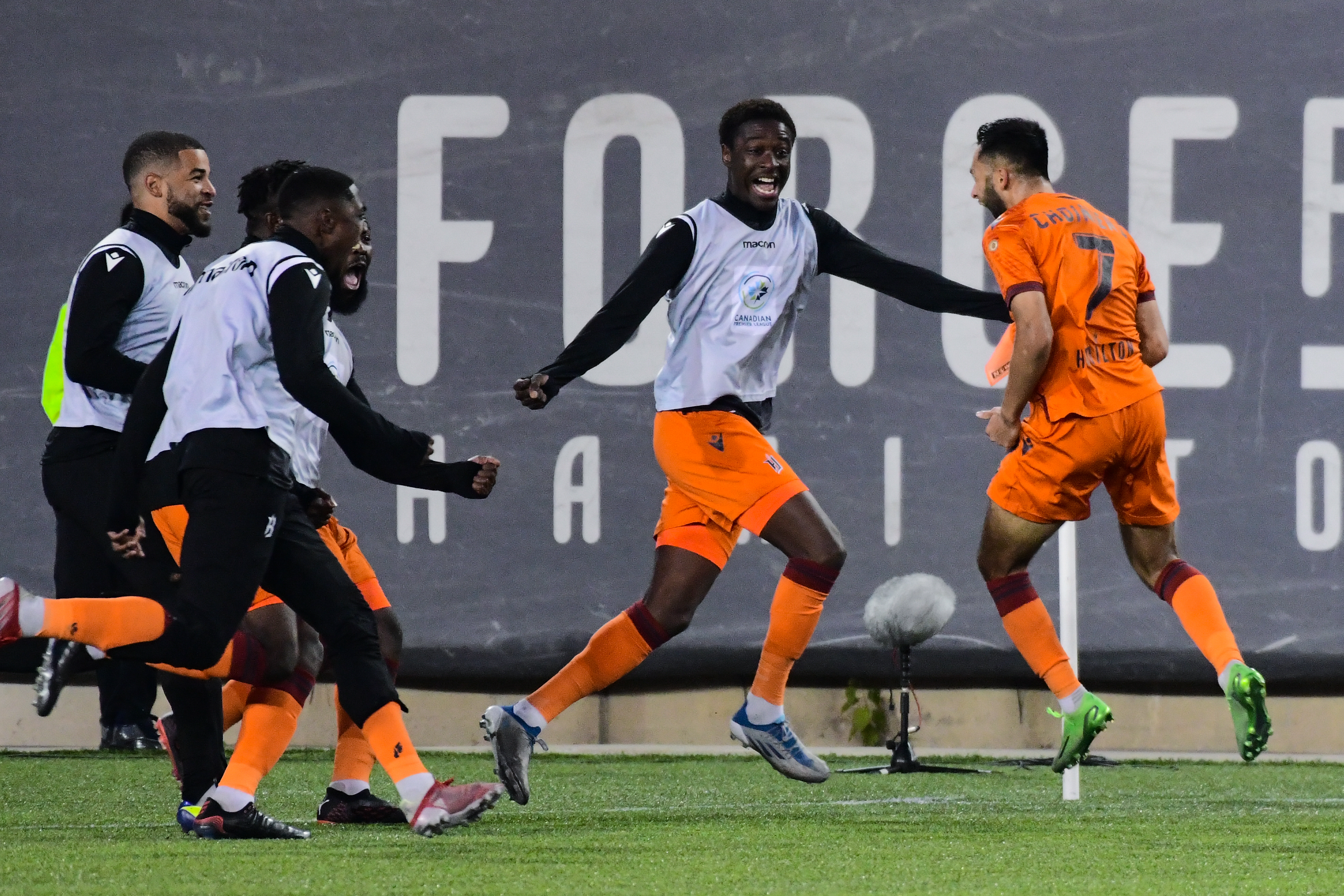 It had been a relatively quiet offseason for the defending Canadian Premier League champions. At least until Thursday, when Forge FC made some noise by announcing attacker David Choinière will return to the club for the 2023 season.

The soon-to-be 26-year-old Montreal native had already made a name for himself as a clutch performer. Still, Choinière cemented his reputation further in 2022, scoring in the second leg of the CPL Semi-Final against Calvary FC at Tim Hortons Field to help send Forge to the Final and then delivering the final blow to Atletico Ottawa with a 78th-minute marker before hoisting the North Star Shield.

Forge has won three championships in the first four seasons of the league’s history, and Choinière has been a factor in them all.

He scores in big matches 💥

He seems to get a little uncomfortable when you call him “Big Game” Dave, but it’s because of his humble drive for greatness. Choinière doesn’t just want to be known for his timely goals; he wants to be a complete player that can be depended on in all situations.

“If there’s one thing I really want to improve, it’s (my) consistency,” Choinière said. “I think it’s about being good–slash–great more often.”

With his role expanding with Forge every year, Choinière is ready to take the next steps and close in on what appears to be an ever-rising ceiling.

“It’s the key to success,” he explained. “I want to improve on every level: finishing, passing, tactics – I want to understand the game better.”

“The key is to show up every day, do the work, and you’ll get the reward at the end.”

Hamilton has become a second home for Choinière. He admits that the city took some time to grow on him, but he’s found a level of comfort that factored into his decision to re-sign with Forge.

“I know (Hamilton) a bit more now. My girlfriend is with me, too. It’s become my second home, and I feel comfortable,” said Choinière. “And there are some really good restaurants here.”

Ultimately, Choinière believes a return to Hamilton in 2023 is best for his development.

Forge’s juggernaut squad remains largely intact this year, which says something about the organization. Several players may have been persuaded to test the waters in other markets where they would almost assuredly get more playing time. But instead, they chose Forge and its culture of accountability and success – spearheaded by head coach and technical director Bobby Smyrniotis and his staff.

Choinière says the coaches and familiar roster played a “super important” role in his return.

“It’s a group of guys I love to work with,” he explained. “We have fun, we joke around, and I want to keep seeing them every day and continue to get better with them. So, it was a big factor. I know them well. We’re very similar in that we always want something bigger.”

Choinière’s timely goal-scoring prowess will live forever as part of Forge and CPL history, but even that’s not enough for “Big Game” Dave. That speaks not only to Choinière’s drive for success but also to the club’s mentality of continual growth.