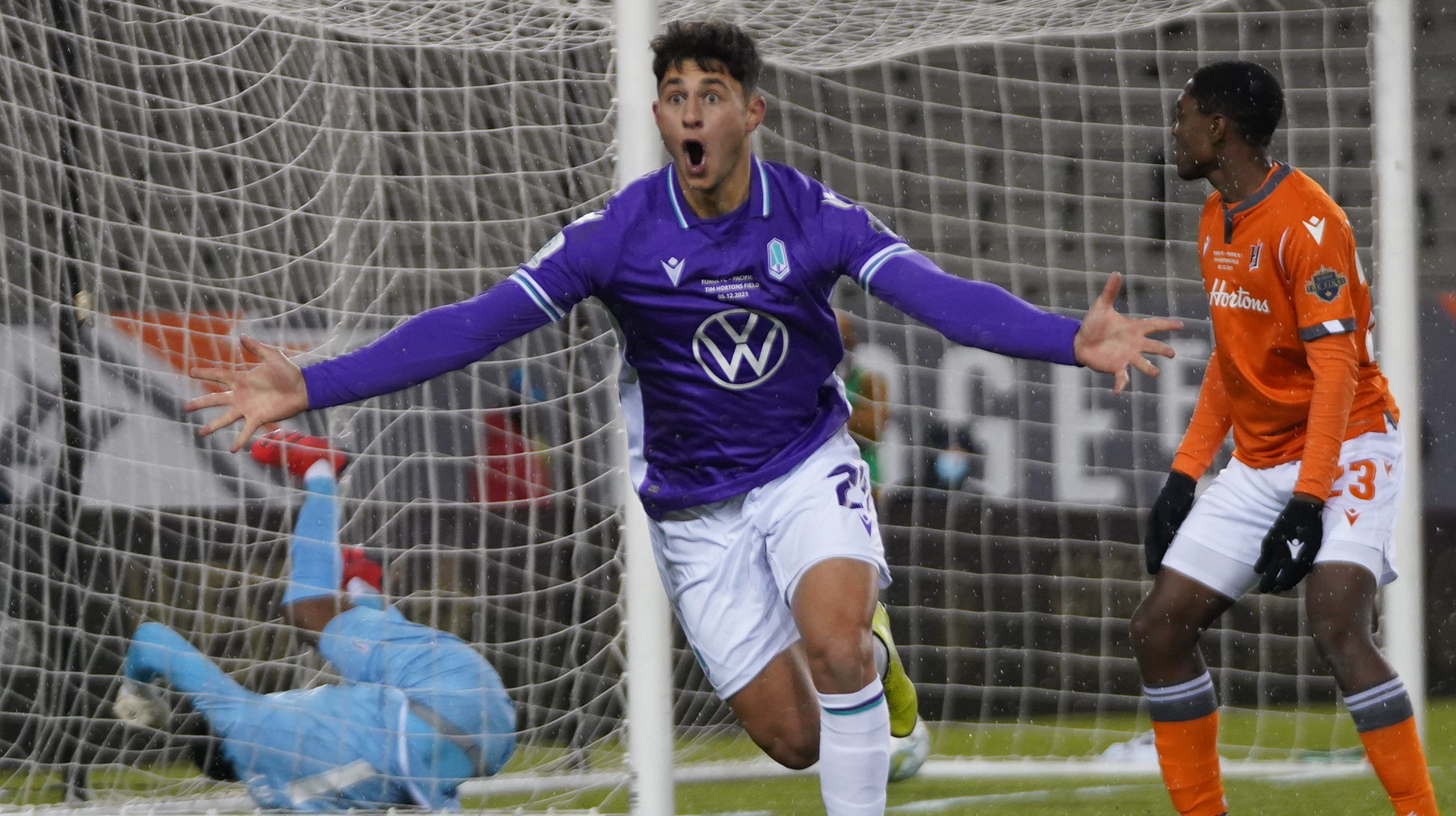 In their second of two major signings this week, Forge FC announced on Wednesday that they have signed reigning CPL U-21 Canadian Player of the Year Alessandro Hojabrpour.

Hojabrpour, who turned 22 on January 10, arrived in Hamilton after three years on Vancouver Island with Pacific FC. He made his professional debut with the club back in 2019, and since then he has developed into one of the top young midfielders in the CPL. Hojabrpour played 63 games for the Tridents over three years, becoming an important piece of the squad this past season in particular.

In 2021, Hojabrpour played 29 times for Pacific across all competitions, playing a pivotal role in central midfield as a talented passer of the ball and a strong link between the team’s backline and attack.

RELATED: CPL off-season roster tracker: Who’s in and who’s out for 2022?

In December, Hojabrpour scored the lone goal of the 2021 CPL Final against his new club Forge to win the league championship for Pacific. Just over a week later, he was named the league’s U-21 Player of the Year, winning over York United’s Max Ferrari and Cavalry FC’s Victor Loturi.

“We are very happy to welcome Alessandro to Hamilton and our club,” said Forge FC Director of Football Costa Smyrniotis. “His quality play, tireless work rate, and mature character will suit him really well within our group. We are very much looking forward to supporting his further development as a young professional over the next years to come.”

With the move to Forge, Hojabrpour will be joining his fellow Burnaby, B.C. native Terran Campbell, who also signed in Hamilton this week after three seasons at Pacific. The pair are the first two players officially announced from Forge’s 2022 roster, as they prepare for their Concacaf Champions League tie against Cruz Azul in February.