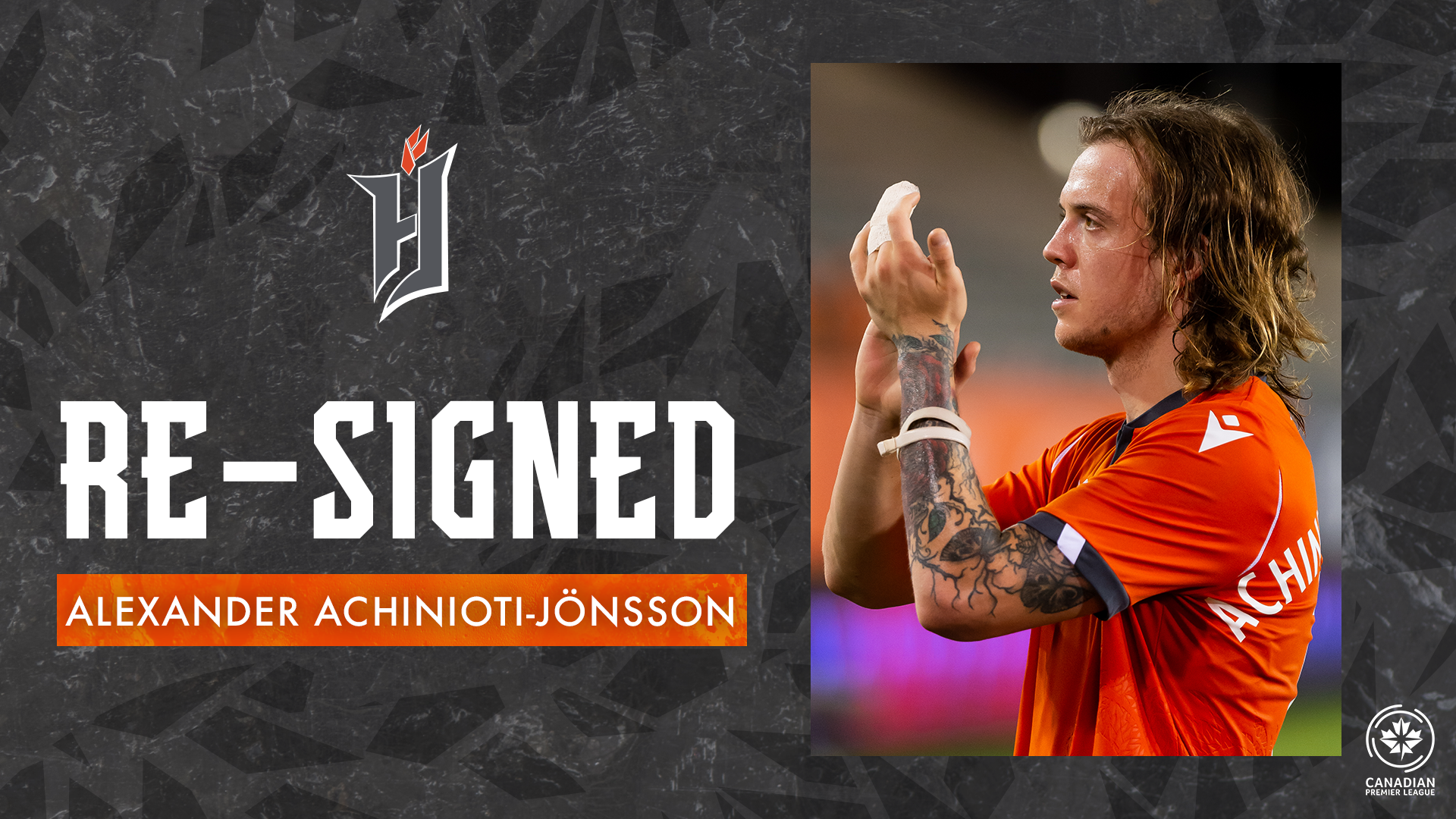 Achinioti-Jönsson, 25, has made 80 appearances for Forge FC over three seasons (2019-21), including 63 in Canadian Premier League play, 13 in Concacaf League and four Canadian Championship matches, registering four goals and four assists overall. The 6-2 versatile midfielder has played a significant role in the club’s first three seasons, including the title-winning goal against HFX Wanderers FC in the 2020 CPL Finals.

“Alex has grown into and cemented himself as one the top midfielders in the CPL since joining us in our inaugural season” said Costa Smyrniotis, Director of Football of Forge FC. “He exemplifies a high work rate and dedication to our club both on and off the pitch and we’re very happy that we will continue together over the next few years.”

Prior to joining Forge, the native of Hittarp, Sweden suited up in over 100 matches played in the top Swedish Allsvenskan and Superettan leagues with IFK Varnamo (2018), Helsingborgs IF (2012-17) and Hittarps IK (2011-12). He also represented Sweden at the under-19 youth international level.