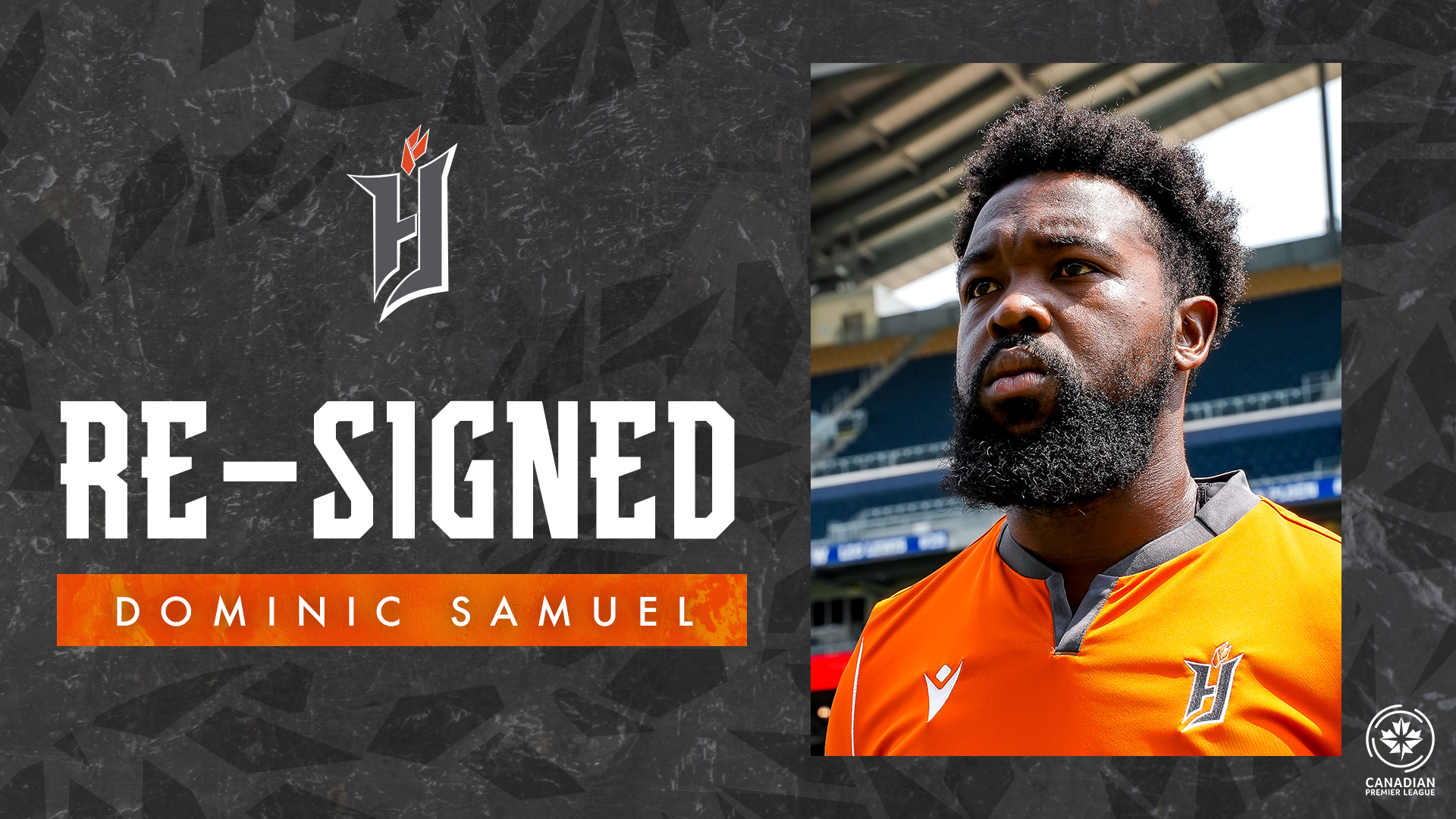 Forge FC announced Thursday the team has re-signed Canadian defender Dominic Samuel to a multi-year agreement. The standout defender has been an essential figure on the club’s back line since the club’s inaugural year in 2019.

“Dominic has been a rock in our backline since we began our club in 2019” said Forge FC Director of Football Costa Smyrniotis. “He is a top defender and a very important player for us both on the field and off the field in the community. We are extremely happy to be able to continue together with him in Hamilton.”

Samuel, 27, has made 83 total appearances for Forge FC over three seasons (2019-21), including 64 in CPL play, 15 in Concacaf League and four Canadian Championship matches, registering two assists overall. Prior to Forge, the native of Toronto and youth product of Sigma FC was a two-time League1 Ontario Defender of the Year and First-Team All-Star (2015, 2018) with Sigma FC, spent the 2016 season with the United Soccer League’s Rochester Rhinos and had a four-year career at Southern New Hampshire University (2012-15) in NCAA Division II winning the NCAA Division II title in 2013 and personally earned All-American & All-Conference honours all four years with the Penmen.