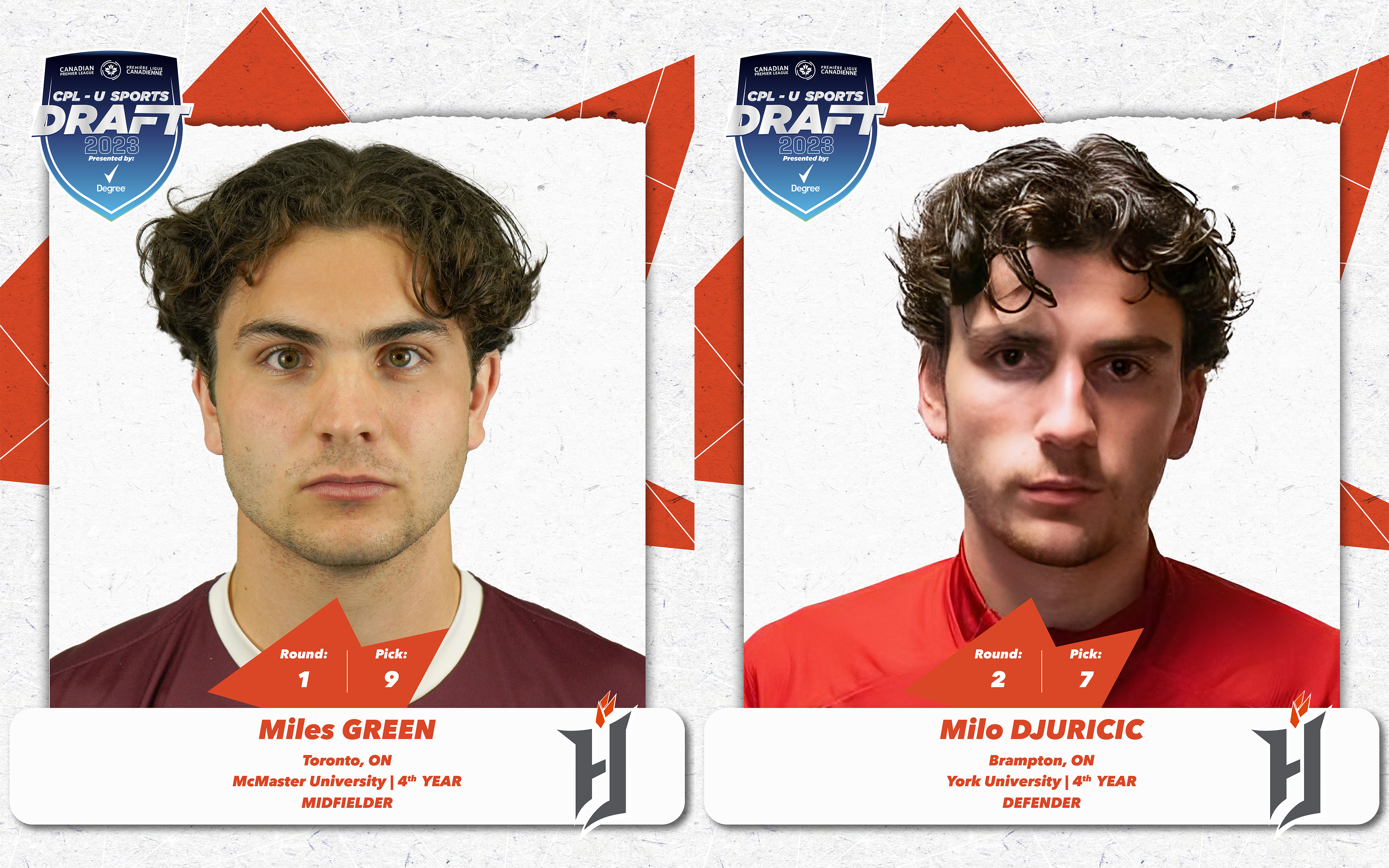 Forge FC announced Thursday the club has selected McMaster University Attacker Miles Green (first-round, ninth overall) and York University defender Milo Djuricic [JUR-ich-ich] (second-round, sixteenth overall) in the 2023 CPL-U SPORTS draft. The players can be invited to participate in preseason camp with the opportunity to sign a CPL-U SPORTS Developmental Contract that allows a student-athlete with one to four years of U SPORTS eligibility remaining to sign with a CPL club, while preserving their eligibility before returning to U SPORTS competition. 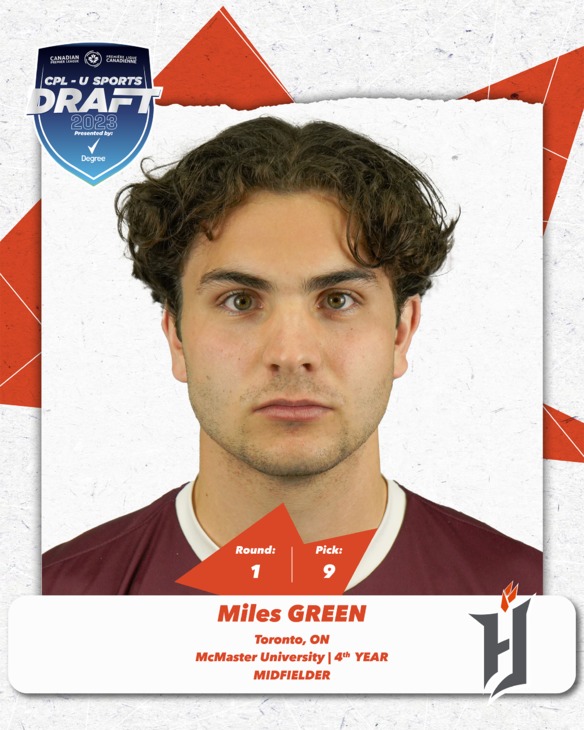 Green, 22, has made 39 appearances over four seasons (2018-2022) at McMaster University tallying 18 goals and four assists, playing a massive role in the University’s run to the 2022 OUA Championship title. The 6-0, native of Toronto, Ontario, played with Hamilton United of League 1 Ontario in 2022 and finished the season with a league-leading 23 goals. 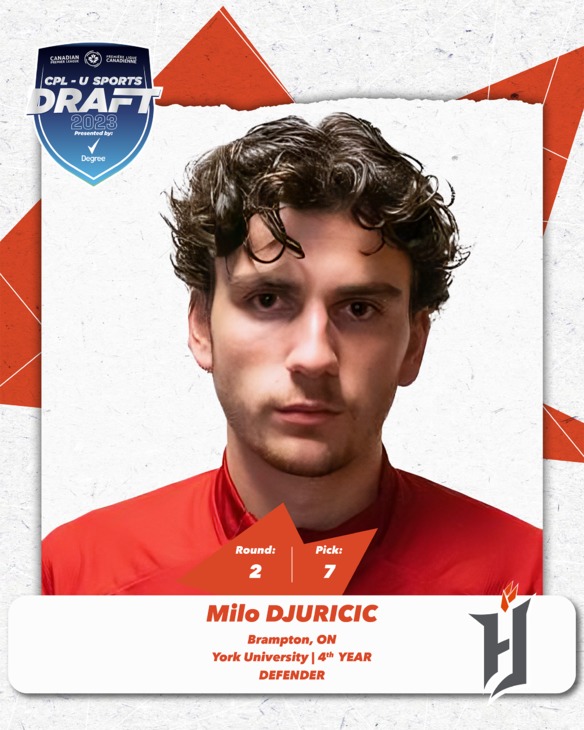 Djuricic, 22, has made 16 appearances and recorded one goal and one assist over two seasons with York University (2021-2022). The 6-4 defender and native of Brampton, Ontario, was a key-defender for York University’s backline during its run to the 2021 U SPORTS Championship.

Since 2018 the Canadian Premier League has held a draft for eligible U SPORTS men’s soccer players who have registered and declared themselves available to be selected through the League’s annual draft.

About U SPORTS
U SPORTS is the national brand for university sports in Canada. Every year, over 20,000 student-athletes and 900 coaches from 56 universities vie for 21 national championships in 12 different sports. U SPORTS also provides higher-performance international opportunities for Canadian student-athletes at Winter and Summer Universiades and numerous World University Championships. For further information, visit USPORTS.ca or follow us on:

About Canadian Premier League
The Canadian Premier League (CPL), Canada’s Tier 1 domestic men’s soccer league, is committed to its mission of providing opportunities for Canadian players to showcase their abilities on home soil and to gain prominence on the global soccer scene. A link between amateur and professional games in the country, the CPL develops homegrown talent in support of the growth of Canadian soccer domestically and internationally. The CPL is proud to bring high-quality, professional soccer to communities from coast to coast, partnering with strong ownership groups, world-class corporate partners and passionate supporters to build a league Canadians can proudly support on and off the field. The CPL, which enters its milestone fifth season in 2023, plays in Concacaf and FIFA sanctioned competitions. For more updates and information, please visit CanPL.ca