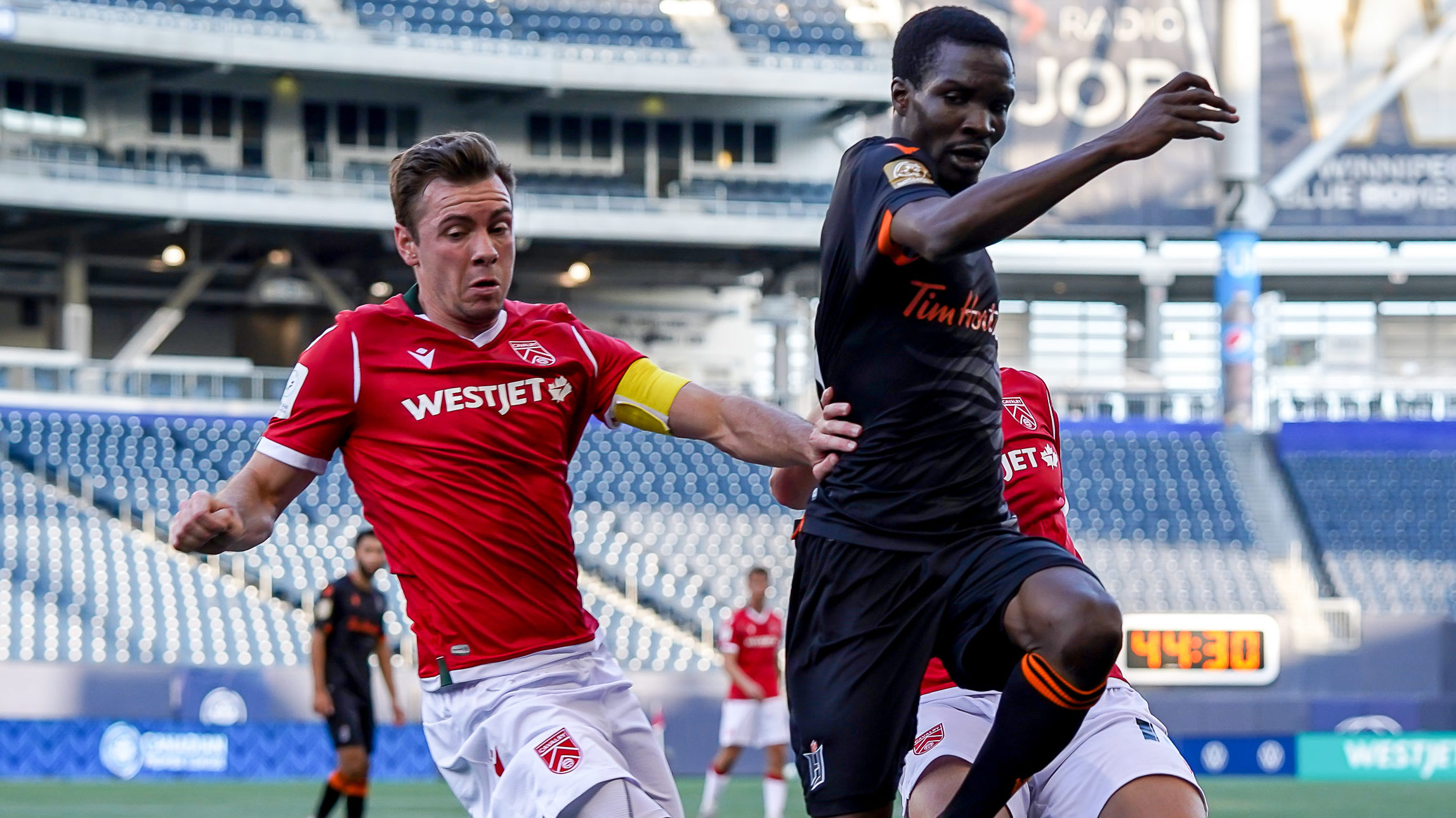 Forge FC and Cavalry FC will close their stay at The Kickoff in Winnipeg, Man. against one another Thursday night, bringing two CPL heavyweights together before they return to their home markets for the remainder of the 2021 season.

Hamilton and Calgary are in good standing through seven matches sequestered in Winnipeg, sitting in second and fourth respectively and racking up enough points to make an early grouping of playoff contenders alongside Valour FC and Pacific FC.

Looking back, not everything has been so rosy for these teams thus far in 2021. Tommy Wheeldon Jr.’s Cavs side failed to score in four straight matches before breaking the duck against HFX Wanderers this weekend. Forge, who entered 2021 play on a shortened pre-season training regime, was smacked with an unprecedented injury and fitness crisis that sidelined up to nine players at once.

But for many Canadians, things are starting to look up for these teams – just in time for one of CanPL’s most anticipated fixtures and their return home.

Forge got the better of Cavalry in their last meeting thanks to two beautiful finishes from Kyle Bekker – one of four victories in an acceptable Kickoff return, at least to coach Bobby Smyrniotis.

“Considering what the team has endured for injuries, the lack of preparation coming in, we’re happy at this point,” Smyrniotis said. “There’s obviously one thing we want on Thursday and that’s a positive result to come home to.

“I expect a good match and two teams that want to get three points and get on the plane to go home.”

Wheeldon Jr.’s side is in a similar vein with the team finishing what his gaffer called “pre-season with points” Thursday. Ali Musse and Anthony Novak found the net in a front-footed match against Halifax last week.

This tilt with Forge, a competitive rival for nearly three years, serves as a great closer for Wheeldon Jr.

“It’s a great game to finish this start to the season – this lets us know where we’re at in terms of our players, what we’ve got, and what our best XI looks like,” Wheeldon Jr. said. “Like I said before, they’re where we want to be.

“We have got to go into this with a contender mentality – the contender has to battle against the best and they are the best right now so it’s up to us now to knock them off their throne.”

“We may have to be at a point where we’re managing guys so we’re at our best coming out of here with important matches this August, including Concacaf League.” — Forge FC coach Bobby Smyrniotis.

“Their big players are showing up for them, and it’s up to us to either stop that or allow our big players to take over that mantle. They’re the champions, we’re the contenders and we’ve got to make up that ground until we get the crown.” – Cavalry FC coach Tommy Wheeldon Jr.