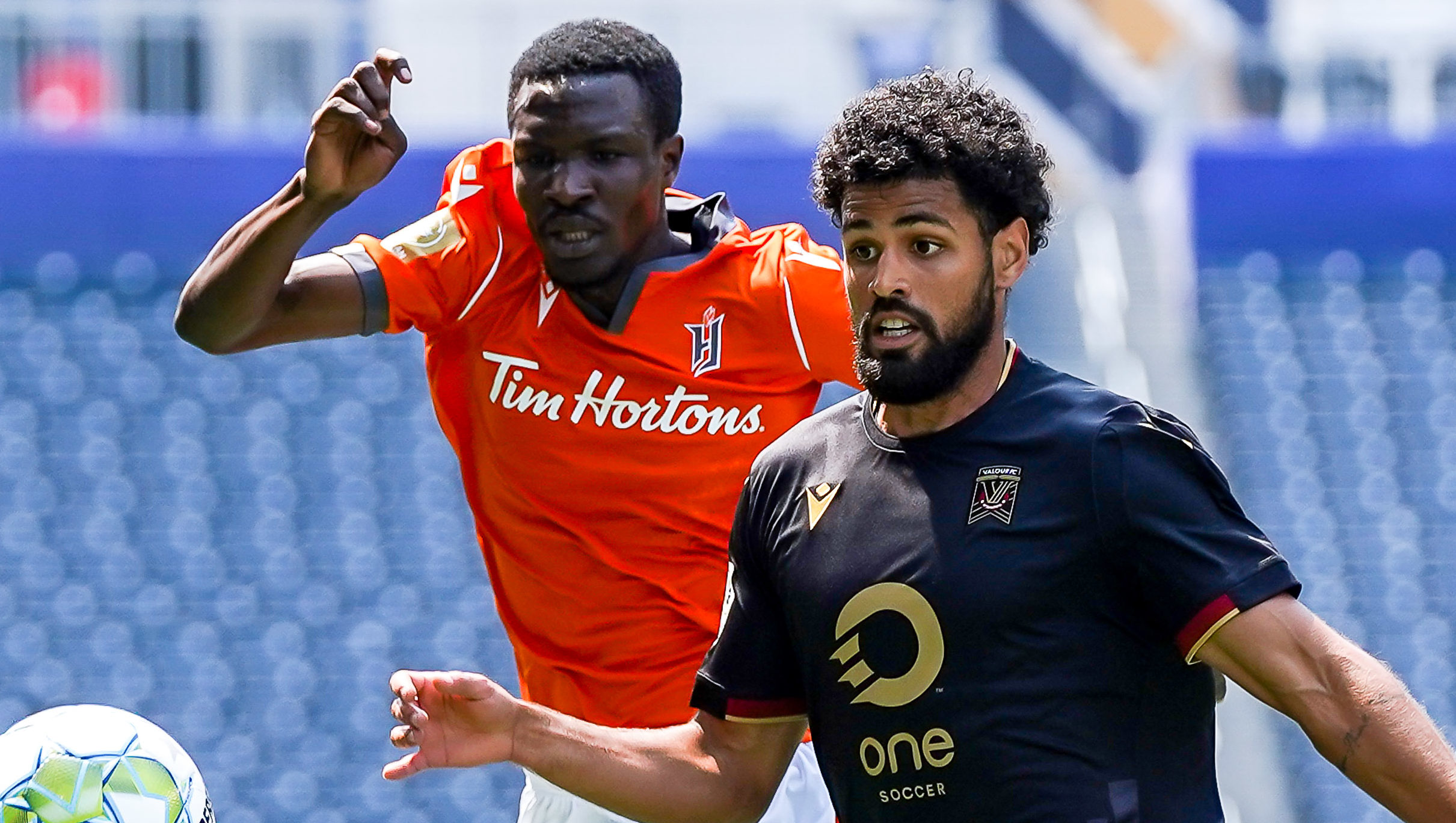 The second match in the CPL’s Thanksgiving Monday matinee takes us back to Winnipeg, where a surging Forge FC will visit Valour FC as they continue their chase for top spot in the league table.

Bobby Smyrniotis’ side enter Monday in second place in the league (though they’re level with third-place Cavalry FC with 37 points). They’re hoping to put pressure on league leaders Pacific FC, who sit just two points in front with 39. They enter this game in very good form, having won their last three consecutive league matches (the last two on the road) — not to mention their major triumph down in Panama in the Concacaf League recently. Since leaving the Winnipeg bubble that started this season, Forge are 8-1-3, having recovered very strongly since going 4-4 at The Kickoff.

Unfortunately for the Hammers, they’ll be without a couple of key pieces for this contest in Winnipeg, with Mo Babouli and Jonathan Grant both set to miss out after picking up their fourth yellow cards of the season on Wednesday in Forge’s 1-0 win over HFX Wanderers. They have some players starting to work their way back to fitness, though, with Maxim Tissot back in full training and Nanco perhaps able to start.

Meanwhile, Valour continue to search for three points, having not won in their last eight games (their most recent victory coming August 24 against FC Edmonton). Sitting sixth in the league, they’re still alive in the playoff hunt with 25 points. Thanks to York United’s draw with Atlético Ottawa on Friday night, Valour remain six points back of the Nine Stripes for that fourth position.

Valour have managed a point in two straight games — results at home against FC Edmonton and Cavalry FC, successively — but they’re still looking for their first win of the Phillip Dos Santos era, he having taken over the side from Rob Gale on September 23.

These clubs met twice in the bubble, playing out some surprising results. Valour won both games, 2-0 and 1-0, playing a major role in Forge’s early-season struggles. Their 2-0 win — both sides’ first game of the season — came on the back of a Moses Dyer penalty and an excellent finish from Austin Ricci (who scored the lone goal in the other meeting as well).

“In the first five games we played Valour twice, and I said back then it would probably take us four games to get our groove, not having training or enough time on the field. Doesn’t matter who you are, Forge or Real Madrid; if you don’t train in the preseason, it’s not going to be the best when you start.

Three points would be massively helpful to both sides here; will Valour continue their dominance over the champions, or can Forge continue their march to first place?

“They’re doing a good job on the defensive end of things, and they’re a compact team, but I think that’s what they were also a little bit earlier in the year… What we’ve seen in the last few games is they’ve had good results, close results against some quality teams and we expect the same thing.” — Forge FC head coach Bobby Smyrniotis

“It’s about growing and not forgetting that these are very important elements, not only today or the last game but every game. We’ll survive, the ones who are able to bring that type of mentality back to back.” — Valour FC head coach Phillip Dos Santos