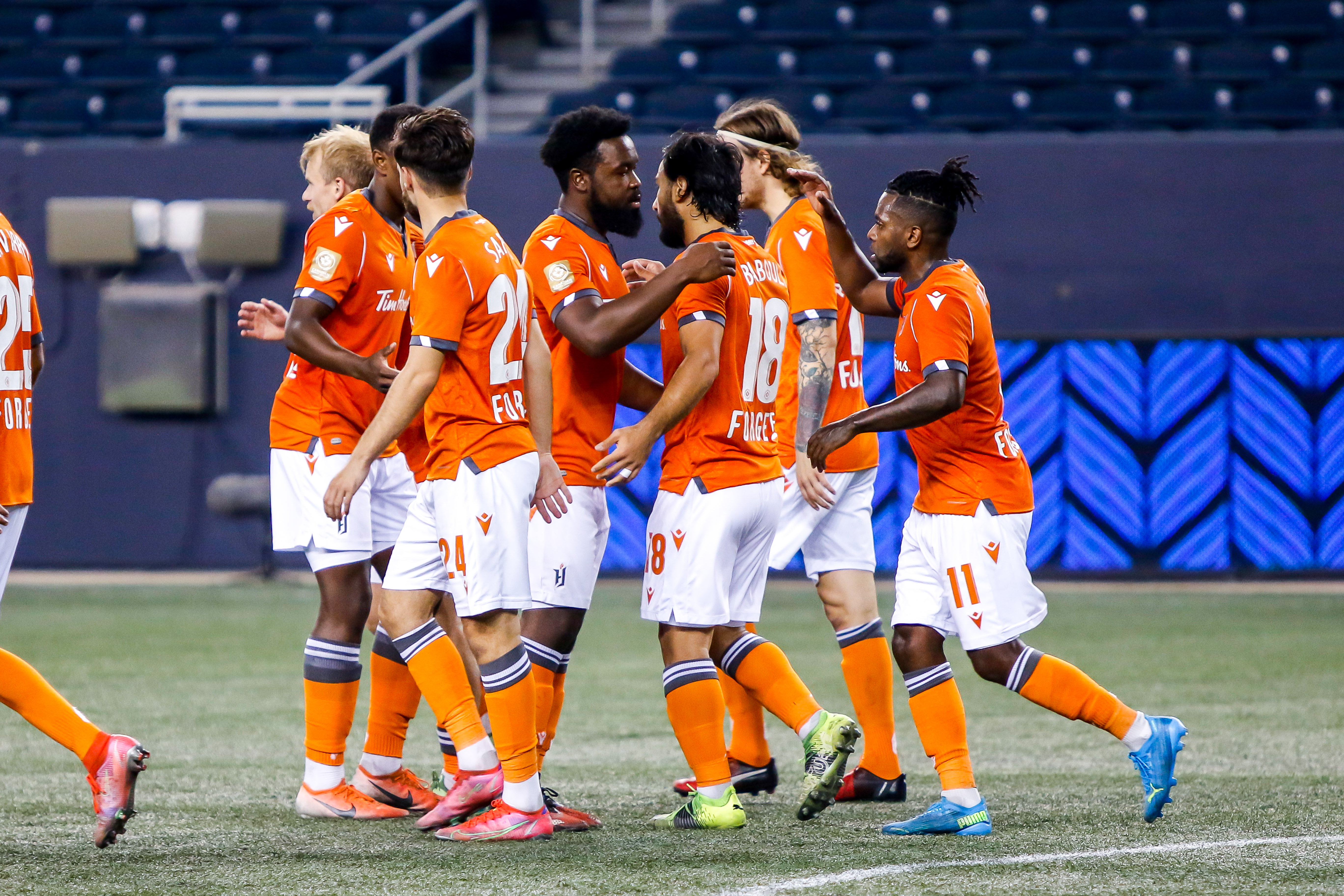 Forge FC snatched a vital win over FC Edmonton Wednesday night, taking a chance off the penalty spot to ride a 1-0 win at IG Field in Winnipeg, Man. – home of The Kickoff, CanPL’s single site opening start to the season.

Mo Babouli broke the deadlock in the 39th minute from the penalty spot, smashing home his second goal of the season after Edmonton defender Mele Temguia was called for a handball in the box.

A cagey second half followed as the shorthanded Forge side, which featured previously withheld Tristan Borges and Maxim Tissot, held on to grab all three points and exact revenge on the Eddies for their previous defeat in Winnipeg two weeks prior.

Here are your sights and sounds for Wednesday night’s tilt.

Mo Babouli gets Forge on the board after converting from the spot#FORvFCE l 📺: @onesoccer
pic.twitter.com/qhTWHAyh7z