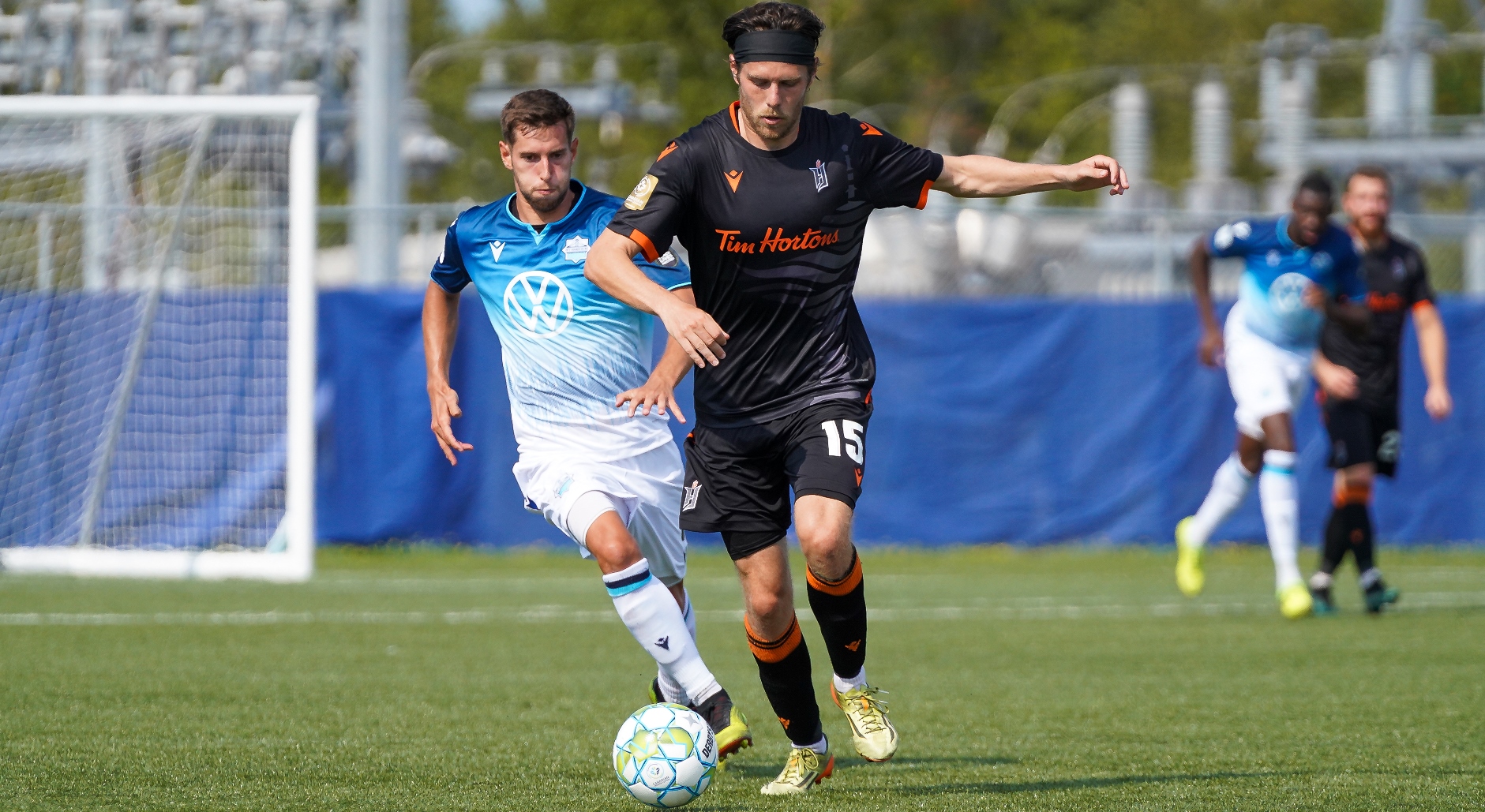 Forge FC Hamilton announced Friday that three Canadians will return to the team for the 2021 season, including defenders Maxim Tissot (pictured) and Montther ‘Monti’ Mohsen, as well as goalkeeper Baj Maan.

Tissot, 28, originally signed with Forge FC on July 22, 2020 and appeared in 14 total games with the team last season, including 11 in Canadian Premier League play and three Concacaf League matches. The 5-10 native of Gatineau, Quebec registered one goal and two assists overall while helping the team capture the North Star Shield and make a run to the Concacaf League quarterfinals.

Tissot has appeared in 45 career Major League Soccer matches in his career with the Montreal Impact (2013-16) and D.C. United (2017), scoring five goals. He has also suited up in over 70 matches in the North American Soccer League (NASL) and United Soccer League (USL), including stints with the Ottawa Fury (2016, 2018-19) and San Francisco Deltas (2017). Tissot won the 2017 Soccer Bowl with the Deltas alongside current Forge FC Captain Kyle Bekker, was a member of two Canadian Championship winning teams with the Impact in 2013 and 2014, and was also a finalist with the Impact in the 2015 Concacaf Champions League. Internationally, Tissot has made 13 senior international appearances for Canada (seven starts), most notably in 2015 at the Concacaf Gold Cup and a pair of World Cup qualifiers.

Mohsen, 20, has made 13 total appearances for Forge FC over two seasons (2019-20), including 12 in CPL play and one in Concacaf League, registering one goal and helping the club capture back-to-back CPL championships. In 2018, he made six appearances for Sigma FC in League1 Ontario and one appearance for the Ottawa Fury in the USL. The 5-9 native of Ottawa, Ontario made his debut in the Canadian youth national team program in 2017 in the lead up to the CONCACAF Under-17 Championship. Mohsen also appeared for Team Ontario in the 2017 Canada Summer Games, scoring the lone goal in a 1-0 win over Team Alberta in the gold medal final.

Maan, 20, made one appearance for Forge FC in 2020; his CPL debut and first-career start in a 2-2 draw with Valour FC on September 5. The 6-3 native of Brampton, Ontario previously signed a CPL Development Contract with Forge FC in the summer of 2019 and spent time on the active roster before heading to Northern Kentucky University in the fall. Maan made 17 starts as the primary goalkeeper for the Norse, finishing the season with a 7-9-1 record, a 1.59 GAA and a .714 save percentage. He recorded clean sheets against Canisius (Sept. 8, 2-0), Berea (Oct. 9, 11-0) and Bradley (Nov. 1, 5-0). A product of the Sigma FC academy, Maan competed at all youth levels at the club including League1 Ontario.