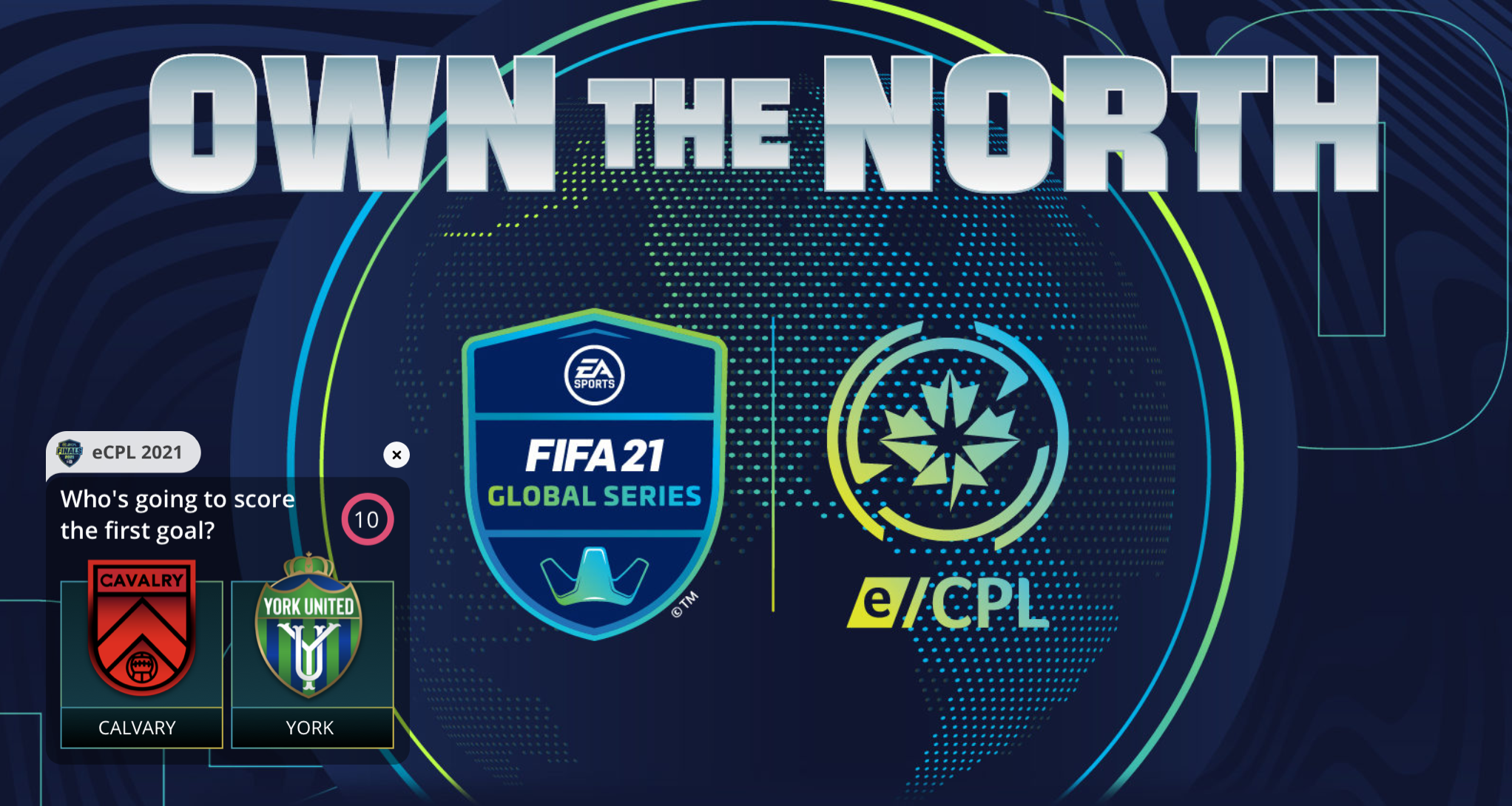 Toronto, ON – April 14, 2021 – The Canadian Premier League (CPL) has partnered with Sport Buff to bring next-generation fan engagement and gamification to their digital applications. The partnership will deliver a new and exciting digital broadcast experience across live and original content to a next-generation audience, beginning with the eCanadian Premier League (eCPL) 2021 season.

Sport Buff’s unique video overlay delivers fully interactive and engaging gamification experiences driving retention and education of the audience. The technology delivers real-time engagement in the form of predictions, polls, trivia and much more, letting fans play with and against their friends. The CPL will use Sport Buff to enhance its extensive portfolio of interviews, archive content and unique original programming to deliver immersive engagement opportunities that bring fans closer to Canada’s top domestic soccer league.

“We are thrilled to be joining forces with the CPL for their eCPL event and other programming. FIFA esports has become increasingly significant over the last 12 months, and the eCPL is primed to maximize that growth on their own platforms,” said Benn Achilleas, CEO &amp; Co-founder of Sport Buff. “Adding Sport Buff to their output will mean CPL and eCPL fans will have their voices heard and make this a truly innovative place to watch. This event series is going to be truly one for the fans and a great start to our partnership with an innovative league like the CPL.”

Sport Buff’s proprietary technology works across Twitch, web, Android and iOS platforms and creates a live social game around the video content, transforming the digital broadcast into a live game providing fans with an interactive and engaging experience.

“This is a sensational partnership with Sport Buff for eCPL 2021 and our first full season,” said David Clanachan, Commissioner, Canadian Premier League. “This partnership is in-line with our approach to being innovative and creative and creating the best possible experience for our gaming fans. eCPL will be the first of our CPL programming initiatives that will incorporate this exciting broadcast experience for our fans to be a part of.”

About Canadian Premier League
Canadian Premier League (CPL) is a Canadian professional men’s soccer league that debuted on April 27, 2019. Playing in world-class and unique venues, and partnering with strong community-led ownership groups, the CPL is a league for Canadians by Canadians that will bring professional soccer to communities coast-to-coast. For updates and more information, please go to CanPL.ca.

Fans can support their eCPL player and CPL club starting with the eCPL 2021 OWN THE NORTH Finals Presented by New Era (Xbox Final) on Wednesday, April 14 at 6pm ET LIVE on twitch.tv/ecpl and twitter.com/cplsoccer. The PlayStation® Final will be broadcast on Wednesday, April 21 at 6pm ET.

About Sport Buff
Sport Buff are world leaders in next-generation sports fan engagement and gamification. Used by top-tier partners, including FIFA, Dreamhack/ ESL, across sports and esports broadcast, tournaments and platforms, Sport Buff delivers real-time fan engagement (from AI data analysis and pro curators) over the top of sports video and action – live, archive, highlights, social – on every partner platform. Sport Buff is bringing the next level of fan participation in sports data