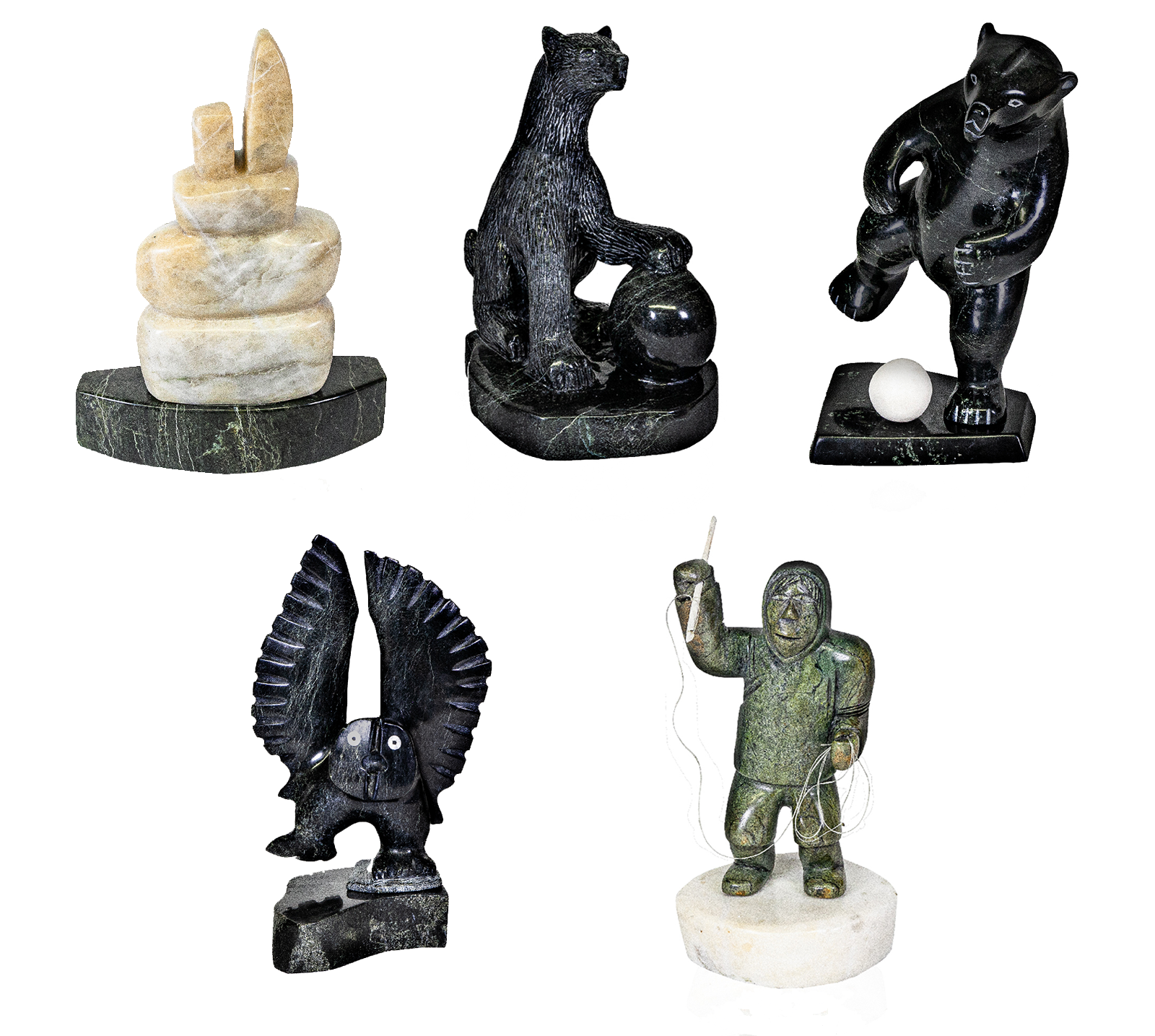 After watching “From Stone,” it’s natural to expect a part two, leaving many Canadian soccer fans thinking about football in the North and where it can go from here.

“This is just the beginning,” director Adrijan Assoufi told CanPL.ca after the documentary was aired on Canadian Premier League’s YouTube channel on Friday. “There are endless amounts of opportunity for soccer, but there’s an endless amount of work to be done, too.”

The documentary shows world-renowned artists in Kinngait (Cape Dorset), Nunavut – a small hamlet just off Baffin Island – create five pieces of art that will forever be associated with the CPL Awards, which were first handed out last November at Awards 2019.

“With the project, we were looking to establish a relationship with the northern community – and do it through soccer,” said Assoufi, who credits members of the community, translators, and a team of writers and animators who made the video possible.

“We also wanted to show how much of a creative force this community is – you can see it in the documentary. You can feel how much this community has given to the arts and, now, the CPL.”

Assoufi and his film crew followed Palaya Qiatsuq, creator of the “Owl” (Coach of the Year), Pitseolak Qimirpik, who created the “Hunter” (Golden Boot) and “Nikisuittuq” (Player of the Year), Kellypalik Etidloie, who crafted the “Qimmiq” (Golden Glove) and Taqialuk Nuna, who submitted the “Polar Bear” (Best Under-21 of the Year).

Interspersed are clips of footballers on the street and stories of the beautiful game in one of Canada’s most remote communities – a sight many soccer players and fans in the south have never seen. Assoufi, a life-long soccer player and fan, recalls seeing footballers upon his arrival in Nunavut.

“It took me by surprise to see a bunch of kids playing on this turf that was just installed the summer before. The outdoor playing window is super short so the amount of time they can use the field is short, but it’s completely full when it’s clear,” Assoufi said.

“There are people that come through from morning to night, different age groups. When the winter comes, they switch to futsal.”

Former Forge FC midfielder Tristan Borges, and Cavalry FC’s Marco Carducci and coach Tommy Wheeldon Jr. were the first to earn these one-of-a-kind soapstone pieces for their work in the 2019 CPL season.

“People at Awards 2019 were asking things like: Why are the awards carved in the north? Why are they stone? Why is the golden glove not a glove?” Assoufi remembered hearing from the assembled players, dignitaries, and media.

“But after they saw the documentary (at the awards ceremony), it put a lot of things into perspective. Something like this can show the importance for giving a platform for diverse voices and indigenous voices in Canadian soccer and to get input.

“Feedback we get is the North is always forgotten – they’re not involved enough. That can be tough when you’re so geographically isolated and socially isolated. It’s important to show the documentary is one way to foster that relationship, to foster collaboration.”

Palaya Qiatsuq, creator of the “Owl” (Coach of the Year) award, was at Awards 2019 and later called the Awards “powerful” for his community.

All four artists were given full creative freedom over their design, including Taqialuk Nuna, who created the “Polar Bear” (Best Under-21 of the Year) which depicts a cub kicking a round mass of marble. Initially explaining the concept of the CPL Awards in Nuna’s outdoor studio, the soapstone artist told Assoufi he would “sleep on” a potential design.

“He specializes in these dancing bears, but we were stuck on that,” Assoufi recalled.

“I was walking up to his studio the next day. He saw me walking up from a distance and started looking around for ruminants and other stones. He keeps grabbing these pieces of marble until he finds a round one, throws it up in the air, and asks ‘what if the bear is kicking a ball?’

“That’s exactly the kind of collaboration and feeling wanted. Not just show traditional carving but to take them to the next level and weave them within the context of the league.

“He pulled out a shaving tool right away and created this perfect white sphere you now see on the awards.”

As for a “part two,” Assoufi was planning another CPL-related trip to the North before COVID-19 scuttled his preparations. Until another story can be told, Assoufi, like Canadian soccer fans who watched “From Stone,” eagerly anticipates what’s next for football in the North – and the work needs to be done.

“It’s important to show the documentary is one way to foster that relationship, to foster a collaboration,” he said.

“People at the CPL head office have said ‘we gotta get balls on the ground’. That’s the only way the sport can grow. Investing in resources, playing opportunities, and this is all done through the Nunavut Soccer Association, which is almost entirely volunteer-run. One of the dreams would see an Inuk player sign a professional contract, of course.

“There are no better mediums than art and sport – and the two can help the game grow in the North more than we can fathom.”