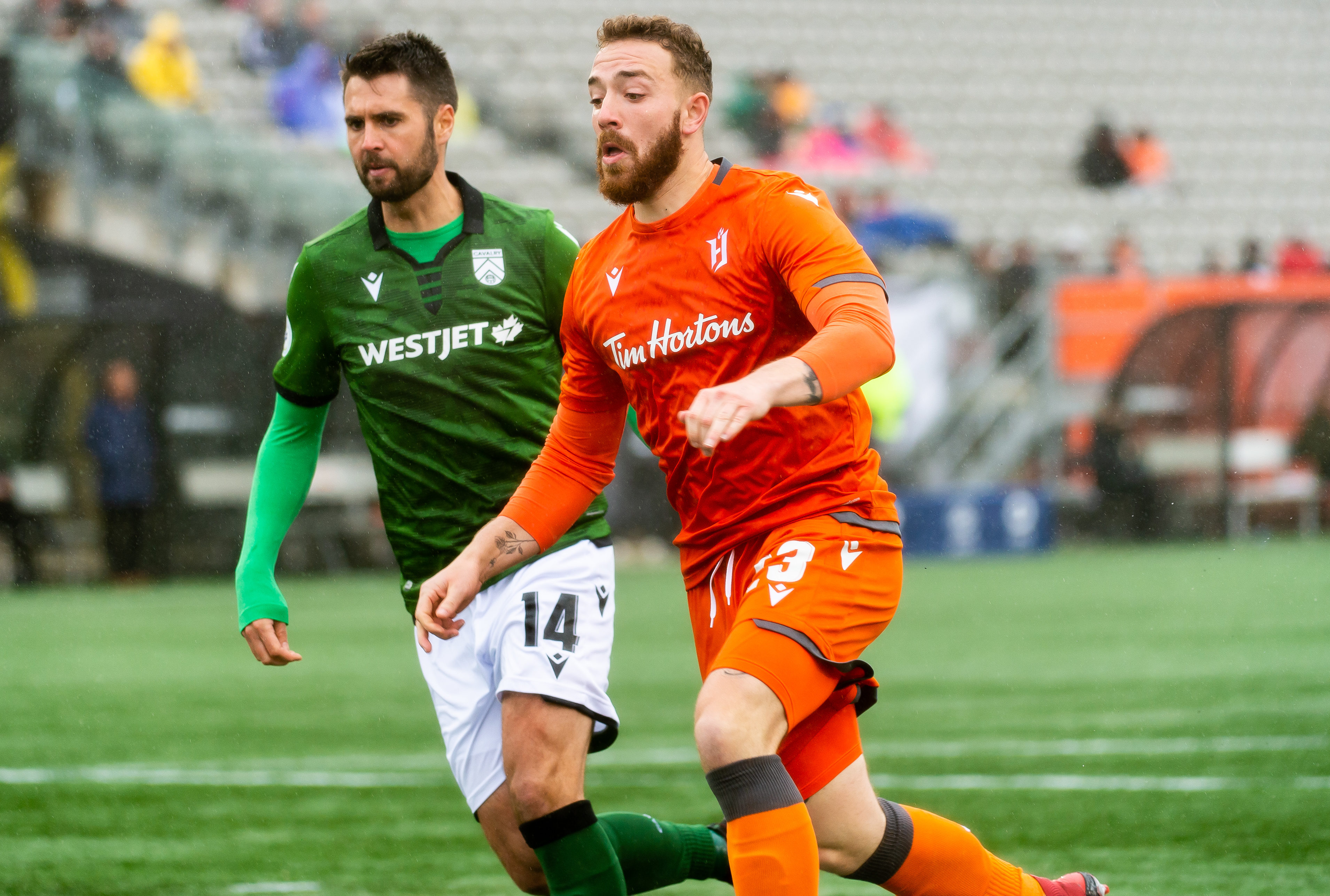 Wednesday will resemble somewhat of a dress rehearsal for the second leg for the Canadian Premier League Finals when Forge travels to Calgary to take on Cavalry FC. Thanks to Forge competing in Concacaf League, four of their final five matches will be against their western rivals.

The two clubs have split their season series so far, with each side having two wins and a draw, however they haven’t met since August 25 when the Hammers picked up the 1-0 win thanks to Jonathan Grant’s lone goal.

Forge currently holds a two point lead in the Fall Season standings. Both squads have three games remaining so a Forge win would give them a strangle hold on becoming the winners of the Fall. Cavalry’s final three games are Forge twice before wrapping up the season against FC Edmonton, while Forge has a 905 Derby sandwiched in-between their Cavalry matchups.

Speaking of the 905 Derby, the Hammers are fresh off clinching the Derby with their 1-0 win on Sunday. Thanks to outstanding play from Quillan Roberts and Tristan Borges’ capitalizing on a penalty, the inaugural Derby belongs to Hamilton. Forge is now unbeaten in their last 13 league matches, dating back to July 6.

With the goal, Tristan Borges moved into sole possession of first place in the CPL Golden Boot race with just three matches remaining  for both him and Pacific’s Terran Campbell.

In terms of Cavalry’s recent play, they’re unbeaten in their last seven and are currently riding a mini two-game winning streak. The first of those two wins was a 4-1 victory at home against Valour, the second a 2-0 win at home against Wanderers.

Perhaps the most interesting matchup in this game will be in the goals. Forge Head Coach Bobby Smyrniotis will likely want to get keeper Triston Henry some work before the CPL Finals and with Quillan Roberts having started the previous two matches, Henry will likely see action in two of the final three regular season matches. On the Cavalry end, Marco Carducci has garnered some headlines this season. He currently leads the CPL in clean sheets and even earned a call-up to the Canadian National team in August.

First touch is scheduled for 9 p.m. EDT from Spruce Meadows and can be seen live on OneSoccer.