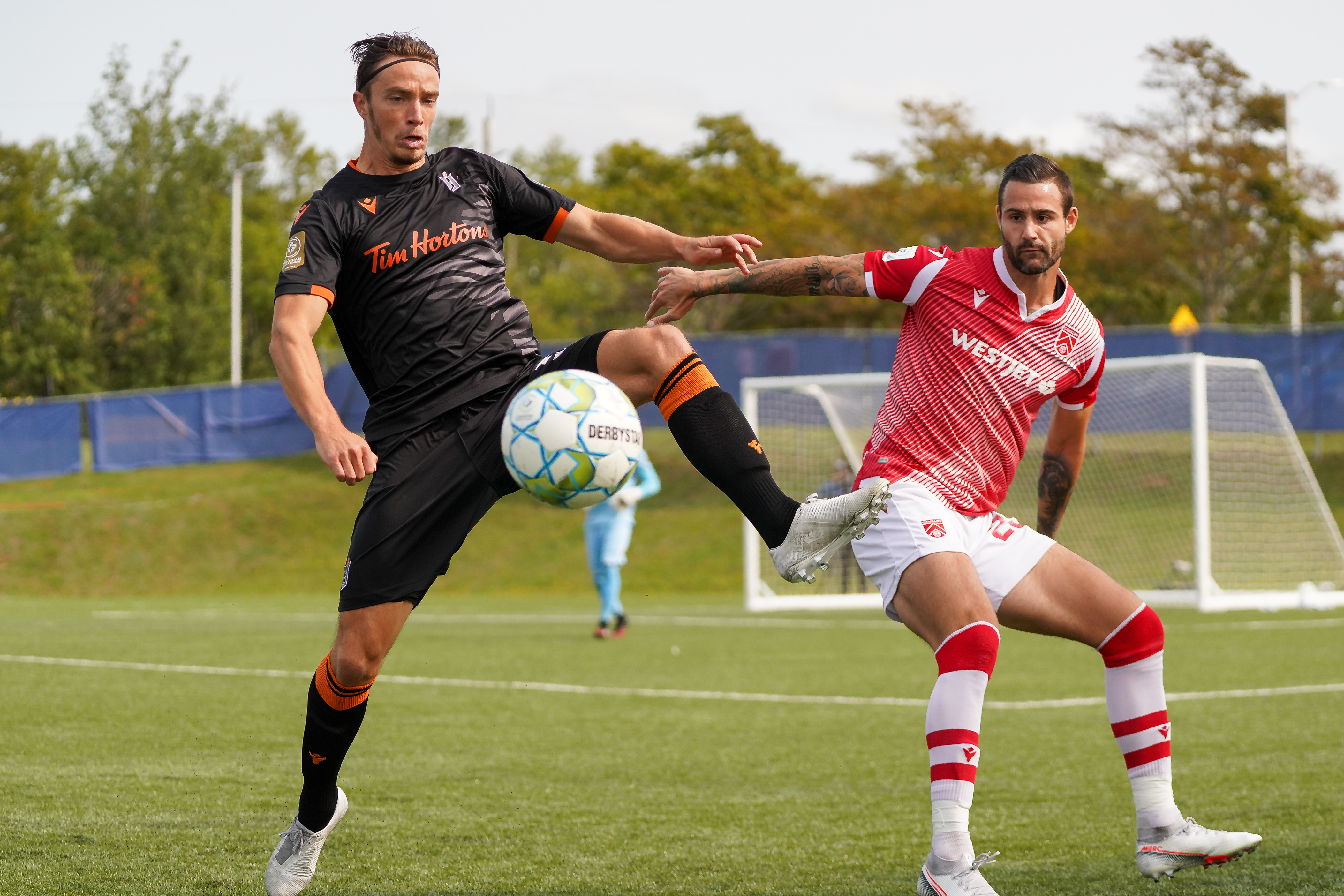 It’s still hard to believe that The Island Games are finished.

All eight CPL clubs have now safely returned home (some more recently than others), as they begin to settle in for a long off-season — or, in Forge FC’s case, for some continental football.

There’s plenty to break down from the CPL season in PEI, though, which should keep us all going for a while. Forge won another title, HFX Wanderers FC played in a final, and a handful of other clubs have plenty to smile about despite their elimination.

Now that it’s all said and done, we’ve been able to look back at all the statistics to come out of The Island Games, from such avenues as Centre Circle Data, Opta, and Sportlogiq.

So, to look back at the season, we’ll hand out a few superlatives, and walk through a few figures that help tell the story.

What a season it was for HFX Wanderers. They captured the hearts of many CPL fans on their run to the CPL Final, falling short just at the end to Forge.

Part of what made the Wanderers so special was their ability to reclaim and hold onto the ball in midfield battles. Their 627 duels won over 11 games was more than any other side in the CPL, as was their 126 successful tackles. Of course, it’s partly down to the fact that they didn’t possess the ball very much, but HFX were an extremely difficult team to beat one-on-one and in 50-50 situations.

Leading the charge for the Wanderers were Andre Rampersad (66 duels won, most in the CPL) and Chrisnovic N’Sa (59, third in the CPL). Mateo Restrepo made more tackles than anybody else in the league with 21.

Which player, technically, was the most involved at The Island Games? That would be Forge defender Daniel Krutzen. He played 961 minutes, missing just 29 of Forge’s total available playing time (he was substituted in the second half of Forge’s final first-round game, and that’s it).

Krutzen led the league in total touches of the ball with 815, playing centre back for a team that loved to cycle the ball through defenders and play out of the back when possible. Krutzen, along with his partner David Edgar, was rock-solid for Forge, helping them concede the fewest goals in the league (with just one conceded across the second group stage and CPL Final).

That said, Cavalry defender Dominick Zator was close with 811 touches, having played one fewer game. So, maybe he spent more time on the ball in an average game.

Who was the best passer at The Island Games? Well, you’d probably have to give the crown to York9 FC’s Wataru Murofushi. He was the most accurate passer (not counting a couple players who logged less than 30 total minutes) with an 88.9 per cent success rate.

Murofushi made 192 total passes in 329 minutes of work, having appeared in all seven of York9’s games in PEI. The vast bulk of those passes came in the middle third, with just 23.6 per cent of them going forward, but Murofushi was generally very good at retaining the ball and playing it to safe areas when threatened in order to keep possession.

Of course, the two best teams at The Island Games in terms of overall pass success were FC Edmonton and York9, neither of whom made the second group stage, so it’s certainly not everything.

Which CPL team liked to play in crosses the most? Well, that’d easily be Cavalry FC.

The Calgarian side, despite having so many of their wingers and wide attackers struggle with injuries, were the only team to attempt more than 200 crosses at The Island Games, with 218 (146 of which were in open play, also the most in the league).

Mo Farsi, the Cavs’ breakout wingback, was extremely eager to lob balls in from the corners, hitting 35 in open play (more than anybody in the league). His teammate Nathan Mavila played a lot of crosses in as well with 31, plus another 15 from set-piece opportunities.

It seemed to work out for Cavalry, who had the joint-most headers on target, and towering striker Marcus Haber was the most capable attacker in the CPL when it came to aerial duels. Still, they couldn’t quite score as many as Forge.

We’ll end with a simple one. Forge FC, Canadian Premier League champions, were (as you’d expect) the best attacking team at The Island Games.

Bobby Smyrniotis’ side scored 19 goals in 11 games, despite using a different front three every time. Dividing it out into average goals per game, Forge still topped the league, scoring 1.73 times per match. They were pretty well in line with their expected goals for the tournament (18.54), suggesting that they were both creating high-quality chances and finishing them off.

Forge were also the only side to concede fewer than one goal per game (0.91), with two clubs that finished outside of the group stage (FC Edmonton and Atlético Ottawa) allowing more goals than Forge in four fewer games.